Let’s All Calm Down. John Grisham Is Not A Pedophile. 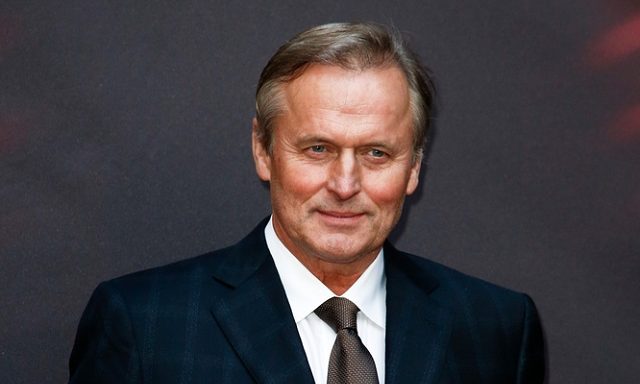 The twitter-rage ranged from the seriously reaching…

I am not surprised to hear this news about John Grisham. Anyone who has read A Time To Kill, knows that the pages describing the child rape were written like a fantasy.

#John Grisham# How do we get “Boycott John Grisham” trending! Of all things to defend, he picks sick 💩 like child molesters? He should go work for trump. Thank god I never bought one of his books!

… to the downright offensive:

I know Grisham’s interview with The Telegraph doesn’t compare to the drama of A Time To Kill or The Firm, but let’s look at what the guy actually said for a minute.

First, some context: Grisham, who practiced criminal law in Mississippi for a decade and served six years in the Mississippi House of Representatives before becoming a successful novelist, had been critiquing the American judicial system and our high incarceration rates. Grisham opined that judges had, over the preceding 30 years, locked up far too many people; as examples, he mentioned white collar criminals like Martha Stewart, black teenagers on minor drugs charges, and those who had viewed child porn online. Grisham’s global point seemed to be that crimes in general, including sex crimes, can vary in severity – not that child pornography and pedophilia are good ideas.

“His drinking was out of control, and he went to a website. It was labeled ‘sixteen year old wannabe hookers or something like that’. And it said ’16-year-old girls’. So he went there. Downloaded some stuff – it was 16 year old girls who looked 30. He shouldn’t ’a done it. It was stupid, but it wasn’t 10-year-old boys. He didn’t touch anything. And God, a week later there was a knock on the door: ‘FBI!’ and it was sting set up by the Royal Canadian Mounted Police to catch people – sex offenders – and he went to prison for three years. I have no sympathy for real pedophiles. God, please lock those people up. But so many of these guys do not deserve harsh prison sentences, and that’s what they’re getting.”

His point? That the current sentencing policies aren’t fair, because they don’t draw a distinction between those who have actually committed sexual assault, and those who have downloaded content – even accidentally.

I know that right now, everyone has fired up their zero-tolerance policy for all things sex crime. And in general, that’s a good thing. As a society, we’ve collectively decided to become less tolerant for sexual predators, and we’ve begun to level the playing field by empowering victims to speak out. However, while it may play well for Netflix to cancel cable specials without considering evidence, context, aggravating, or mitigating factors, the same all-or-nothing approach does not work within the criminal justice system. And John Grisham knows that. In fact, the complex, non-binary nature of the justice system is the basis for many of the author’s blockbuster hits.

Grisham is experienced criminal lawyer who has seen the legal system railroad the powerless for often minor infractions. Further, he is a writer who has created compelling stories out of the peculiar and sometimes unfair ways the law can affect people.

While not everyone needs to agree with Grisham’s entire take on sentencing disparity, or criminal legislation, there’s hardly anything shocking or offensive about it. His premise that sexual assault differs from viewing pornography is not just reasonable, it’s completely correct. A justice system can recognize different levels of severity while still condemning the underlying crime altogether; first-degree murder differs from manslaughter for just that reason. There is societal value in distinguishing one degree of a crime from another, as well as ensuring at the legislative level that the punishment matches the crime.

Grisham’s statements also raised an important issue that’s usually relegated to 1L criminal law final exams – the strict liability offense. Many child pornography statutes are written such that they criminalize possession of this material, whether that possession was intentional or accidental. Non-lawyers may applaud these laws as being “tough on crime,” but those familiar with statutory interpretation will see an immediate problem. Punishing someone who inadvertently downloads or forwards illicit content is a lot like punishing the mailman for delivering a wrapped package filled with contraband. Again, there are multiple ways to view this particular problem, and multiple avenues to solve it – but recognizing that the problem exists hardly makes a person a pedophilia advocate.

The internet also offered up this uninformed criticism:

Was Grisham’s statement perfect? Probably not. Was it some sort of championing of pedophilia? Of the child pornography industry? Give me a break. If you’re looking for a bad guy, I suggest checking out Runaway Jury, because framing a knowledgeable lawyer’s three-year-old comments about the criminal justice system as if they are some kind of newsworthy praise for sex offenders is less realistic than the plot of even the most far-fetched legal thriller.