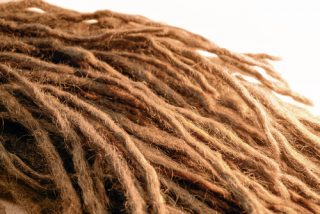 The Court of Appeals for the 11th Circuit recently ruled in Equal Employment Opportunity Commission v. Catastrophe Management Solutions (“EEOC v. CMS”), an employment case in which the plaintiff alleged that her civil rights were violated when an employer refused to hire her because of her hairstyle. The media wasted no time reporting that the court endorsed an employer’s policy to (gasp!) outlaw dreadlocks. Here is a sampling of some of the headlines:

It sure sounds sketchy that a court would uphold a hairstyle ban that feels uncomfortably racist, but if you’re looking for someone to blame, blame the lawyers.   The 11th Circuit may not have been willing to say that a hairstyle equals race, but that’s mainly because it wasn’t asked. You see, to win a lawsuit, it’s not enough for the facts to be on your side. You also have to argue the correctly corresponding legal theory. EEOC v. CMS is a classic example of plaintiffs’ lawyers being so blinded by their own righteous indignation that they overlook the rules of the very law they hope will protect them.

Before we go further, a quick look at the facts of the case:

CMS is an insurance claims-processing company located in Mobile, Alabama. Chastity Jones is a black woman who arrived at a job interview dressed in a business suit and wearing her hair in short dreadlocks; she was then offered a job by CMS. CMS’s human resources manager told Ms. Jones (along with several other successful applicants) that they’d need to complete preliminary paperwork and lab tests before beginning their employment. That same human resources manager also told Ms. Jones that CMS has a grooming policy prohibiting dreadlocks. Ms. Jones refused to change her hairstyle, and CMS then refused to hire her on that basis.

“All personnel are expected to be dressed and groomed in a manner that projects a professional and businesslike image while adhering to company and industry standards and/or guidelines. . . . [H]airstyle should reflect a business/professional image. No excessive hairstyles or unusual colors are acceptable[.]”

Now, let’s talk about the lawsuit.

The EEOC brought a lawsuit on Ms. Jones’ behalf, arguing that CMS’s policy discriminated against Ms. Jones on the basis of her race. The essence of the EEOC’s case was that dreadlocks equal blackness, and banning dreads is tantamount to banning blackness.

I think the legal significance of dreadlocks is a really interesting issue, and judging from the language in the court’s opinion, so did the 11th Circuit. On the one hand, dreadlocks are certainly inextricably tied to black culture and history. Not only is there deep historical meaning behind dreadlocks (widely known as common during the slave trade), but the use of dreadlocks as a hairstyle is also suited to physical characteristics of black hair. It’s quite easy to imagine a racially-biased intent behind any rule specifically prohibiting dreadlocks. On the other hand, though, dreadlocks are a hair style. They are worn by non-blacks, and they are changeable, the way all hairstyles are. In that sense, dreadlocks are markedly different from the traits typically drawn upon to establish race, such as skin color or ancestry – which are, in legal terms, “immutable.”   It’s not an easy call, either way, and as the court pointed out, Title VII doesn’t do much to help.

Title VII prohibits discrimination based on “race” – but fails to define what “race” actually means. In examining Ms. Jones’ claim, the 11th Circuit did a lengthy song and dance about all the different things “race” could mean. Maybe race is just a social construct; maybe it’s an anthropological or political one. Maybe Webster’s Dictionary has some clues; or maybe the meaning of race has evolved over time.

Ultimately, the Court had to make some decision about what “race” means within the context of Title VII, and here’s what it said:

“From the sources we have been able to review, it appears more likely than not that “race,” as a matter of language and usage, referred to common physical characteristics shared by a group of people and transmitted by their ancestors over time. Although the period dictionaries did not use the word “immutable” to describe such common characteristics, it is not much of a linguistic stretch to think that such characteristics are a matter of birth, and not culture.

There is little support for the position of the EEOC that the 1964 Congress meant for Title VII to protect “individual expression . . . tied to a protected race.”

I can buy that. Today, in 2016, we may understand the cultural significance of hairstyles, and we may see race as a fluid concept. But in the 1960s, when Title VII was adopted, “race” meant primarily “skin color.”

The 11th Circuit certainly could have used this case as an opportunity to apply a more modern interpretation of the concept of race, but courts don’t usually like to get creative unless someone asks them really, really nicely. And in this case, the plaintiff didn’t ask properly. Ms. Jones’ lawyers never argued that dreadlocks were “a natural condition” of black hair, or that they were an “immutable” characteristic. They may have wanted the court to treat dreads more as a type of hair and less as a hair style – but they never actually argued those facts.

The court specifically called out the EEOC for leaving out what would have been a good argument. The court mentioned Jenkins v. Blue Cross Mutual Hospital Insurance Inc. — a case in which the 7th Circuit recognized a claim for racial discrimination based on failure to promote a plaintiff who wore her hair in a natural Afro. The court’s reference to Jenkins felt a lot like it was saying to the EEOC, “how the hell are you going to get us to say that dreads equal blackness if you guys don’t even believe they do?” Maybe the EEOC should have gotten the Essence journalists to write its brief. It also didn’t help that the EEOC itself said in other cases that prohibition of hairstyles (including prohibition of dreadlocks, in particular) did not constitute employment discrimination. Courts have long memories that way.

When it comes to discrimination cases, it’s always sexier to talk about the facts than it is to talk about the legal frameworks required to assert successful claims. But getting the framework right is critical to winning. An employment policy can be deemed “discriminatory” in two separate ways: 1) the policy intentionally discriminated against someone on the basis of that person’s race, color, religion, sex, or national origin; or 2) the policy appears to be neutral, but disproportionately affects members of a protected class. These are two entirely different theories of discrimination, requiring separate analysis, and resting on separate bodies of law. Mash-ups are not an option here.

In other words, “sigh. You guys did it wrong.”

Ultimately, headlines slamming the 11th Circuit for tolerating racism are unfair. Courts cannot be expected to correct legislative imprecision, and this court practically drew a roadmap for the next plaintiff who may sue for employment discrimination.   Race is a complex topic, and with all deference to the wisdom of the 11th Circuit, one group of judges isn’t going to resolve it.

In this case, the court isn’t the villain.  It not only tolerated, but invited expansion of the legal meaning of race:

“our point is not to take a stand on any side of this debate…but rather to suggest that, given the role and complexity of race in our society, and the many different voices in the discussion, it may not be a bad idea to try to resolve through the democratic process what “race” means (or should mean) in Title VII.”

While such a standpoint doesn’t inspire headlines like “Judge Rules Everyone Has To Be Allowed to Wear Dreadlocks,” it is significant in its forward motion.