Guess Who Will Be Blamed If There is Chaos in Cleveland 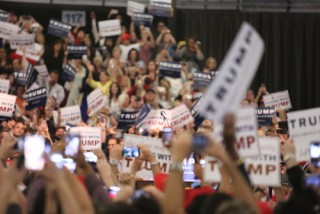 Massive riots coming to the Trump Convention in Cleveland? Who will be responsible?

In Chicago, the Vietnam War was the issue and young Democrats battled police in the streets to protest their own leaders, who were in power. It resulted in a divided party.  The Democrats lost the White House in the 1968 election.

In Cleveland this week, street riots may have the opposite effect. If young Democrats – or Black Lives Matter protesters – battle police outside Quicken Loans Arena it will only unify the Republican Party. And if they hurt or bloody innocent people, it may turn thousands of new voters to Trump.

There is an irony in all of this.

The RNC in Cleveland, like the RNC in Tampa in 2012, is designated a “National Special Security Event,” which means that the security is ultimately handled by the Secret Service and the Department of Homeland Security.  In 2012 the feds spent $50 million on security in Tampa.

Pundits all over television are hearkening back to the 1968 Democrat National Convention in Chicago and saying that if there are riots, Ohio Republican Governor John Kasich will be the one to call out the National Guard but in fact, in this post 9-11 America, President Barack Obama will be in charge of security at the RNC. If he runs it the way he runs the IRS or the Veterans Affairs, it really means that nobody will be in charge.

So in Cleveland, you can conceivably have federal officers – answering to the Obama administration – trying to control African American protesters outside the Trump Convention and the national media will blame those “hateful” Trump Republican policemen on the street for any protester that gets hurt.

On the other hand, if the Obama DHS fails to do its job and there are images of bloodied Trump supporters in downtown Cleveland, the Democrats can kiss the state of Ohio goodbye in a general election.

It is very complicated and there are many moving parts to this scenario.

The media, of course, will spin this with their biased partisan slant but in election years they tend to do too much and it backfires. Their audience is often insulted by the rigidity of their message and start rebelling. That happened in 1980 when the national media tilted so far against Reagan that the nation elected him president in a landslide.

And this time there is the Fox News Channel which will gladly pick up any stories that the networks leave laying on the bloodied streets of Cleveland and thus the lion’s share of the national audience and advertising revenue.

For the moment, the national media is content with keeping the Clinton NGO scandal out of the news and promoting the idea of a fractured Republican Party. For example, it is making a big deal out of the fact that the two Bush presidents will not be attending the 2016 RNC in Cleveland.

They conveniently neglect to remind their viewers that the two Bush presidents didn’t attend the 2012 Convention in Tampa either.  That their absence is not about Trump any more than it was about Romney.  It is about winning and the last Bush presidency is a drag on those chances.

So here comes the Cleveland Convention. If Black Lives Matter fails to register on the Richter scale, their movement is over and their money will dry up. If they don’t show at Trump’s Convention, where will they ever show again?

And if they do show they must be heard to matter.

And President Barack Obama and his DHS and Secret Service will be swinging the batons and firing the rubber bullets and holding up the fences. While the national media will blame it all on Republicans. In this explosive mix may come the story that will rivet the nation and decide the election.

Remember, Trump’s rise to the national stage was propelled by the murder of Kate Steinle, 32, on a San Francisco pier by an undocumented immigrant who had been deported back to Mexico five times and kept coming back. “Dad, help me, help me,” she called out, as she lay dying from the random attack.

Donald Trump’s unlikely election as president may come from a few seconds of video on the streets of Cleveland this week.  Let’s pray that there will be no Kate Steinle offered on the altar this time.

Doug Wead is a presidential historian who served as senior advisor to the Ron Paul presidential campaign in 2012, and was special assistant to President George H.W. Bush.