Chicago To Begin Taxing Sodas and Other Sweetened Beverages 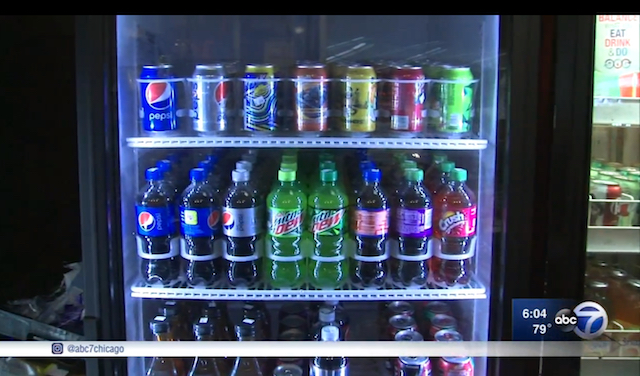 CHICAGO (AP) — A lawsuit challenging a penny-per-ounce tax on sweetened beverages sold in the Chicago area was dismissed Friday by a judge who also dissolved a temporary restraining order that had stopped it from being implemented.

The tax originally was to take effect July 1 but the Illinois Retail Merchants Association sued, arguing the tax is unconstitutional and too vague. It is now is scheduled to go into effect Wednesday, according to Cook County Board President Toni Preckwinkle.

“We applaud today’s decision by Judge (Daniel) Kubasiak granting our motion to dismiss the plaintiff’s lawsuit challenging the sweetened beverage tax,” Preckwinkle said in a statement after the ruling. “We believed all along that our ordinance was carefully drafted and met pertinent constitutional tests.”

Cook County projected collecting about $67.5 million in revenue from the tax this year and more than $200 million for fiscal year 2018. Its delay resulted in layoff notices being sent to hundreds of county workers.

Illinois Retail Merchants Association president Rob Karr said his organization would consider its legal options, which include filing an appeal or an amended complaint.

“We are disappointed by today’s ruling,” he said. “I can only imagine the outrage that is being felt by consumers throughout Cook County who may soon have to pay this tax.”

The tax covers carbonated soft drinks, whether sweetened with sugar or a substitute such as aspartame, sports drinks and energy drinks. Fruit drinks also will be taxed, but 100 percent fruit juice is exempt.

On-demand, custom-sweetened beverages, such as those mixed by a server or barista, or a hand-made Frappuccino, aren’t subject to the tax. Also exempt are purchases made with federal food stamp benefits through the Supplemental Nutrition Assistance Program, which are exempt from state and local sales taxes under federal law.

The burden of the tax would fall heavily on consumers. However, if retailers don’t include it in purchases, they could be subject to a fine of $1,000 for the first offense, and $2,000 for the second and each subsequent offense.