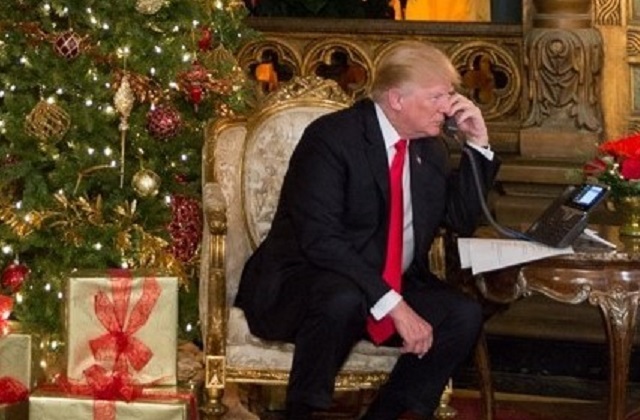 WOW, @foxandfrlends “Dossier is bogus. Clinton Campaign, DNC funded Dossier. FBI CANNOT (after all of this time) VERIFY CLAIMS IN DOSSIER OF RUSSIA/TRUMP COLLUSION. FBI TAINTED.” And they used this Crooked Hillary pile of garbage as the basis for going after the Trump Campaign!

Let’s ignore for a moment the fact that the original Tweet was directed at “@foxandfrlends” instead of “@foxandfriends.” (A lowercase “L” does not equal a lowercase “I.) The bigger problem goes beyond typography:  Trump’s tweet is only sort of, kind of half true.

Fusion GPS, the firm which produced the dossier, was originally hired by the Washington Free Beacon, which has been described as “a conservative website funded by a major Republican donor” (billionaire financier Paul Singer) by the New York Times. Though the Free Beacon later distanced itself from producing the actual work product, it remains a matter of record that they paid for someone else to produce it.

BuzzFeed published the dossier after getting its hands on it.

Not surprisingly, Twitter blew back up at the President:

How can you say a Dossier is bogus when much of the information in it has been corroborated? You of all people should know that it is pretty darned close to the truth!

The Trump campaigned denied meeting any Russians for more than a year. Now we know that the campaign interacted with Russians at least 31 times.