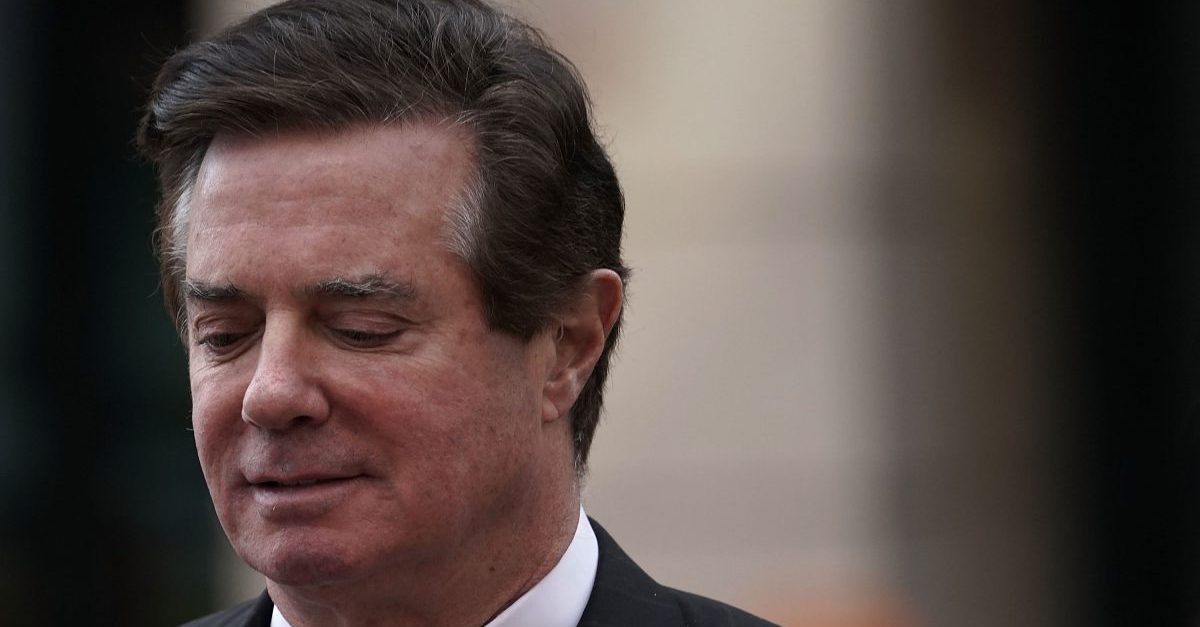 Documents filed in the federal prosecution of Paul Manafort, the former campaign manager for President Donald Trump, indicate the FBI had an interest in Manafort’s dealings long before his association with President Trump’s campaign.

The documents, which are available here, are attached an as exhibit to a memorandum of law which provides the government’s response to Manafort’s attempts to suppress evidence. The documents say Manafort had been interviewed by the FBI in March 13, 2013 and July 30, 2014. He didn’t join the campaign until March 2016 and didn’t serve as campaign manager until June 2016. He left as campaign manager two months later, in August. Manafort’s business partner, Richard Gates III, was also interviewed before Manafort’s ties to the Trump campaign. The Gates interview occurred July 2, 2014.

Investigators were also interested in pre-campaign testimony by both Manafort and Gates in a federal court matter involving two individuals who were serving as liquidators of Pericles Emerging Market Partners, a Cayman Islands limited partnership. A federal district court was asked to step in under a statute that allows U.S. courts to collect testimony or documents for use in foreign courts. Apparently, Manafort and Gates said something interesting when asked to give testimony on a series of dates in November and December, 2015. The names of others who were similarly interviewed in that case are redacted from the documents in the current prosecution.

Special Prosecutor Robert Mueller charged Manafort and Gates with a series of crimes, including tax crimes and bank fraud, related to their alleged work as unregistered agents of a foreign government, namely the Ukraine, and various political figures there. Gates pleaded guilty of conspiracy and of lying to investigators. He is now helping the Mueller investigation.

The Washington Post drew the following link between the revelations of the previous FBI interviews and the Trump campaign:

The information raises fresh questions about how closely the Trump campaign vetted staff members and whether Manafort and Gates told officials about their interactions with the FBI.