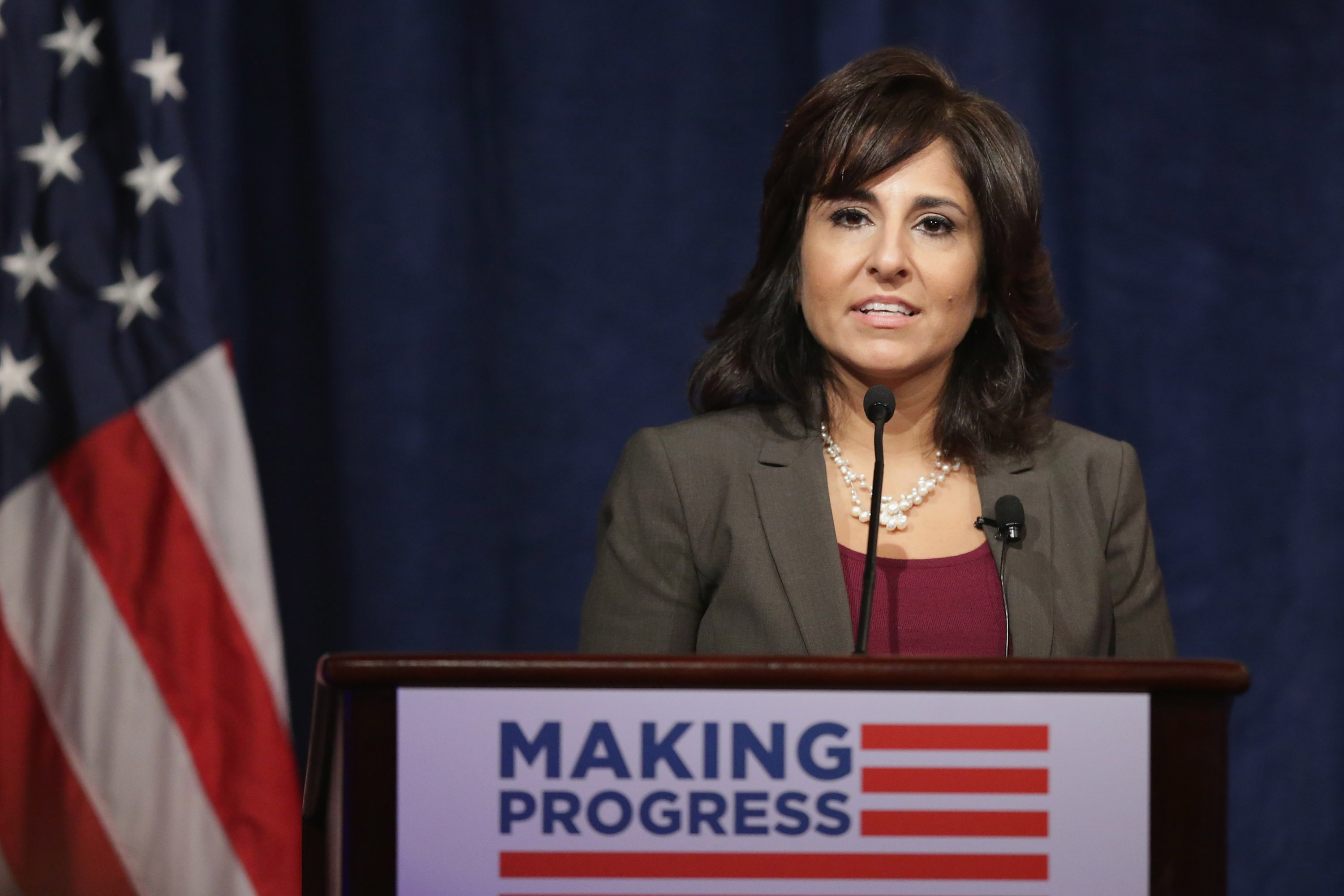 Leading liberal think tank, the Center for American Progress (CAP), stands accused of sheltering sexual harassers and operating a toxic culture that made victims fear retaliation for speaking out.

A heavily-reported exposé by Buzzfeed News on Tuesday documented those allegations–made by 19 former and current employees and staffers with the organization.

One former junior staffer, who asked to be identified as Mary, left the organization by sending an exit memo to top CAP officials. This memo detailed sexual harassment she had experienced from a manager on her team named Benton Strong. Mary alleged that Strong’s harassment was well known within CAP’s upper ranks, that they did nothing about it, and that she was retaliated against for reporting the harassment in the first place. Mary’s emailed exit memo reads, in part:

[O]n several occasions, myself and others on the team felt as if reporting had been a mistake and that the retaliation, worsening of already tenuous team dynamics, and treatment by supervisors outweighed the seemingly positive act of reporting sexual harassment in the workplace.

Two women–including Mary–at CAP filed complaints against Strong and he later took a job with the Seattle mayor’s office. CAP initially decided not to inform Strong’s new employer about his history–and even declined an official request from Seattle’s human resources department for records detailing the allegations against Strong. In the end, CAP provided the records to Strong himself, who then turned them over to the city.

Mary continued, noting, “CAP’s culture obscures its mission. All of this to say, I surely expected better out of an organization that housed a national campaign on sexual assault.”

CAP was described as a “training ground” for young Democrats looking for a toe-hold in party politics. As such, it is one of the major places idealistic progressives look to assert themselves in Washington, D.C. As one staffer noted, “You go along and you get along and they help you get a new job later.”

Going along to get along at CAP can apparently have disastrous consequences. A July 2016 memo written by CAP’s employee union catalogued “several incidents of sexual harassment against several members of our unit.” That memo alleged the following five key points about CAP’s alleged culture of sexual harassment, retaliation and looking the other way when abuse occurs:

One former union member singled out CAP’s president Neera Tanden. In comments to Buzzfeed, they described an allegedly unproductive meeting with Tanden regarding sexual harassment at CAP:

Neera’s approach was maybe we can start hosting brown bags with HR so people will feel more comfortable coming out and doing things. So they had almost a do-nothing approach. … They said they would think about things that [the union brought up], and that was essentially it.

Tanden is a high-profile Twitter user, staunch supporter of Hillary Clinton and the former secretary of state’s longtime advisor. In response to Buzzfeed’s original report, CAP provided a statement to Splinter News defending Tanden and their actions taken in regard to Strong. This statement reads, in part:

Neera explicitly said in the meeting with the union that she was open to having a sexual harassment training. In fact we are working with current union leadership on developing that training now. At the beginning of the meeting, we learned that the union had not talked to the complainant who received the inappropriate texts. We also understood that they did not know all of the actions we had taken, though of course they knew Mr. Strong had suddenly left the office. We asked whether they were aware of any instances of inappropriate conduct that had not already been reported. They were not aware of any such instance.

Excellent piece on the less overt but still toxic sexism that exists in America by @brycecovert cc:@newyorktimes http://t.co/sSTm2sMWnN

When did they have their day? There’s been no due process for the 16 women who accused Trump of assault. Why hasn’t @ChuckGrassley held a single hearing on this? https://t.co/VT43otPVVR

It’s amazing how your love for Trump allows you to overlook how he treats women (assault) and how he supports men (Moore, Porter) who assault them. Fascinating. Truly.

I can’t imagine working in a White House that would shield a man who beat up his wives.
I.
Can’t.
Imagine.
It.
How do they – men and women- look themselves in the mirror? #alsoappliesto50otherthings