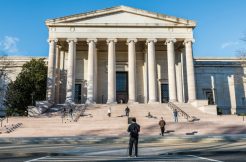 WASHINGTON (AP) — The Latest on the Supreme Court consideration of a legislative redistricting case (all times local):

The Supreme Court is wading into the thicket of partisan redistricting in a case from Wisconsin.

The justices say Monday they will decide whether Republican lawmakers drew electoral districts so out of whack with the state’s political breakdown that they violated the constitutional rights of Democratic voters.

It’s the high court’s first case on what’s known as partisan gerrymandering in more than a decade, and the outcome could affect elections across the country.

The case will be argued in the fall.

A three-judge court struck down Wisconsin’s legislative districts in November and ordered new maps drawn in time for the 2018 elections. That work is proceeding.