This Cop Had Some Opinions About the NBA, So He Tweeted Them. It Didn’t Go So Well. 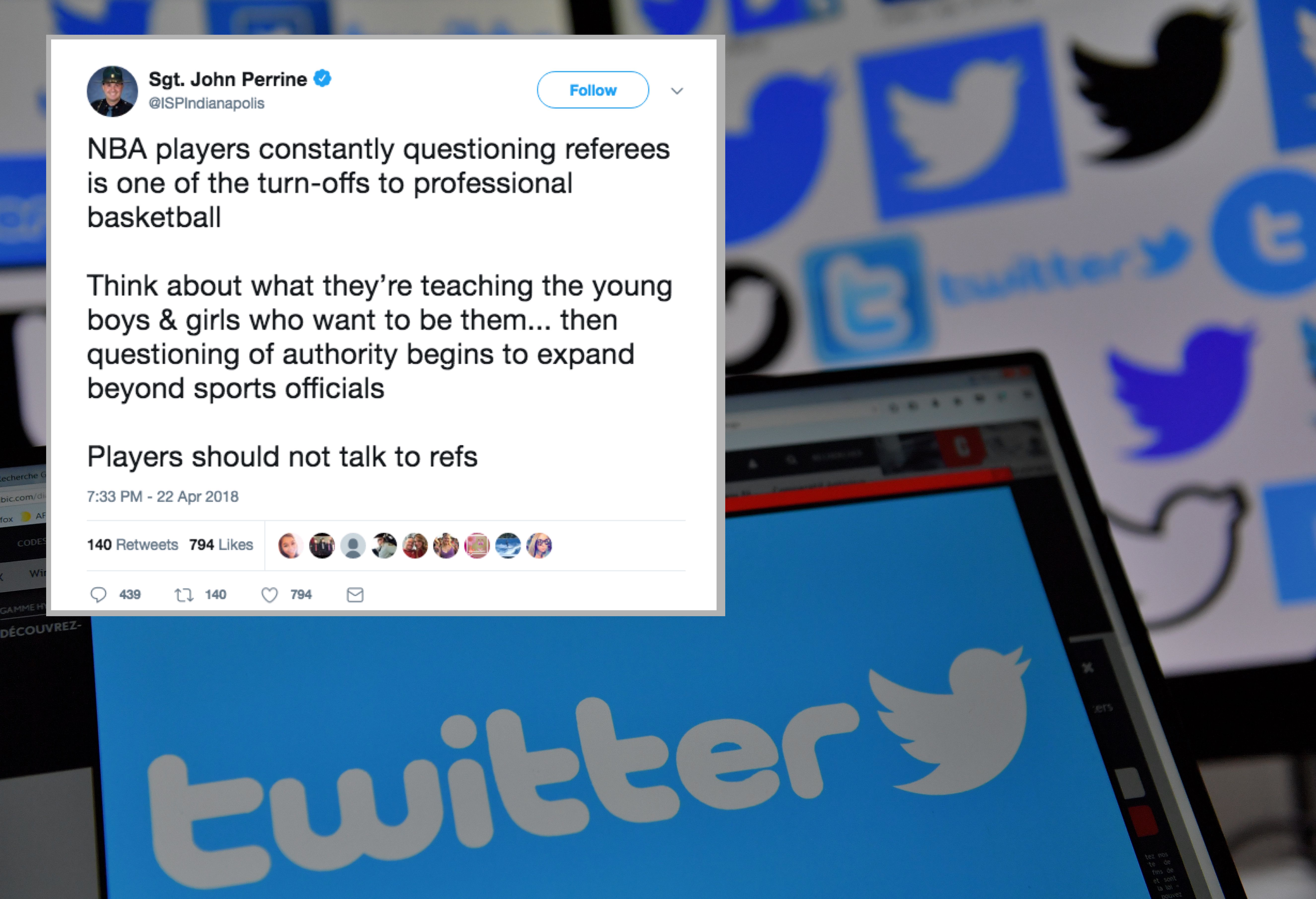 Sgt. John Perrine operates the official Twitter account of the Indiana State Police Public Information Office for Central Indiana. Over the weekend, he said some things about professional basketball players that he later admitted were off-base–and Twitter users were not having it.

Players should not talk to refs

Perrine’s musing was quickly tagged as out-of-element (even though he is a Hoosier and Indiana is where basketball grew up). His comments were seized upon and subsequently slammed in the replies. Falling just shy of being ratioed, the tweet quickly amassed a series of upset Twitter users questioning the logic and optics of a police officer tsk-tsking the idea of questioning authority.

A typical response comes by way of Twitter user Duck, who wrote:

So youre saying people shouldnt question authority and just take what they have to give even if they feel theyre wrong?

People who don’t want to be questioned, shouldn’t be in a position of authority! Let’s not pretend all authority is righteous!

Rob McKee agreed with the NBA criticism, but savaged the rest of Perrine’s logic:

After the almost entirely appalled responses were tallied, however, Officer Perrine was blinded by the light of his replies and admitted that he made a mistake. Inspect the timeline. For every heavily favorited reply to Perrine, Perrine begins to engage his critics.

At first, Perrine said he said people missed his point. Then he said he simply worded his thoughts poorly. Finally, he abandoned any pretensions of a defense and agreed that he “completely missed the boat on this one.”

In the end–after having his own authority publicly questioned by hundreds of people on Twitter dot com–Perrine came to agree with his critics in the main.