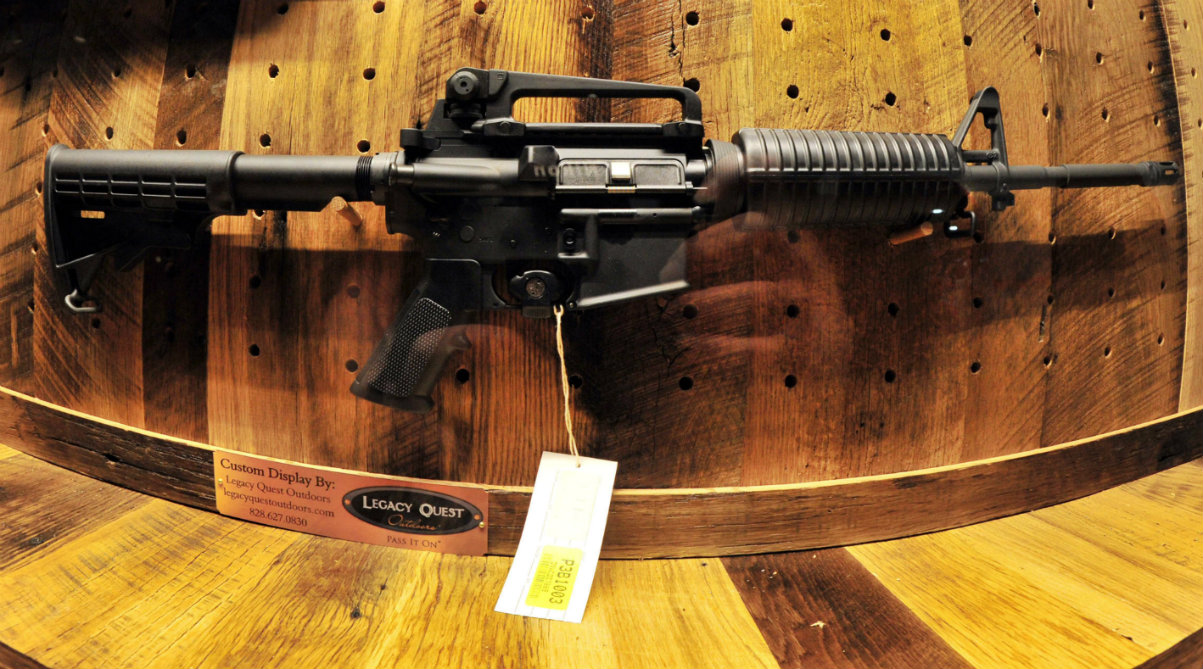 A Pennsylvania man who openly walked around with an AR-15 semiautomatic rifle was taken in Thursday for an involuntary mental health evaluation, according to Abington Township Police Chief Patrick Molloy. He told reporters on Friday that it happened after the person’s friends contacted police with their concerns “about his behavior and change in mental status,” according to The Montgomery News. He declined to comment on “specific threats.”

The individual has not been identified. He first showed up on the police radar on Monday. Cops got multiple reports about a man walking around with the rifle slung behind his back, Molloy wrote in a statement at the time. The person’s motives were unknown, he said. Describing this man’s behavior as a  “passive-aggressive tactic,” Molloy said it seemed like the individual was trying to get cops into a “debate or an encounter” over his Second Amendment right to openly carry the rifle.

“Our Department will continue to balance our duty to protect the 2nd Amendment rights of this individual with our duty to provide public safety to all of our residents,” he wrote at the time.

Molloy said on Tuesday that cops finally met up with the man. This individual allegedly only gave his first name, and said he “wanted to educate the public about his right to carry this weapon.” According to Molloy, “He also wanted to gauge the political climate of Abington Township.”

On Friday, he told reporters that the Montgomery County Emergency Services approved the warrant for a 72-hour involuntary mental health evaluation. Officers got a search warrant and discovered the AR-15 and two loaded magazines at the man’s home. The firearm and the magazines were confiscated.

Molloy announced there are currently no charges against the man. He did not identify him, citing mental health statutes, but did say the individual was over 18 years of age.