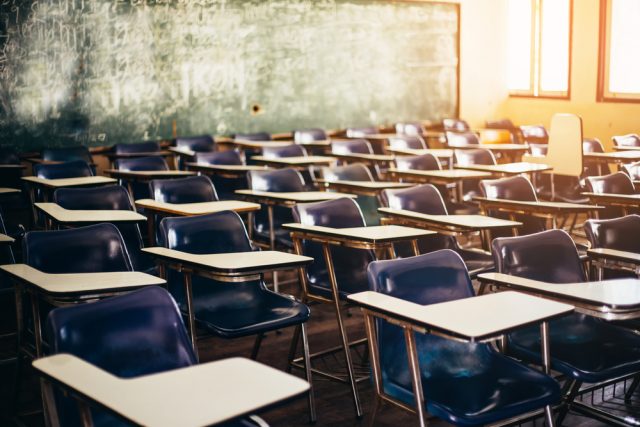 Tony and Kayla Lindsey say their son, who has since graduated, threatened during an April argument to hit a white student. They say the teacher urged the white student to allow the black student to hit him “so that they could hang him.”

“Everybody in the class gasped when she said it,” said Carlos Moore, the Lindseys’ lawyer. “They knew exactly what she meant.”

Moore said a student is believed to have recorded video of the incident but says the son was suspended for three days when he returned to campus to try to get the video.

The lawsuit, filed in federal court in Jackson by the Lindseys against the Rankin County school district, contract labor provider Kelly Services and the teacher, demands money. The suit says the district suspended the substitute, an employee of Kelly Services, for two days.

“She was trying to discipline an unruly child and maybe she didn’t use the best choice of words, but there was no racial intent or racial overtone,” said Fred Harrell Jr., a district lawyer. He said the suit doesn’t correctly recount the teacher’s exact words and called it “frivolous.”

“He’s stirring up the media and he thinks that helps him stir up a settlement, but it won’t help with me,” Harrell said.

Moore said the family had been offered “hush money” of $5,000 but had rejected it. Harrell said the district’s insurer may have made such an offer.

Federal court records show that Kayla Lindsey is serving six months in an Alabama federal prison for making false statements to the Federal Home Loan Bank Board. She pleaded guilty in March in a case that involved hiring contractors to do home repairs, instructing them to pad invoices, and then kicking the money back to Lindsey and another woman. In addition to the prison sentence, Lindsey and the other woman jointly owe nearly $187,000 in restitution.

“The minor child has no criminal history,” Moore wrote to The Associated Press. “His black life is the one that seemed not to matter to the substitute teacher and the Rankin County school district.”