What are Illinois’s Republican Delegates Rules? 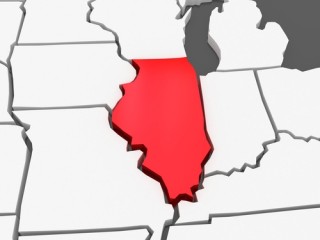 With the Republican National Convention approaching, the specter of a brokered convention looms like a mysterious cloud over the Presidential race. There’s been a lot of talk over not just who will have the most delegates beforehand, but if and how each state’s delegates could change sides. Here’s a rundown of the rules for Illinois, and how it impacts the overall situation.

How many delegates are there? 69

How many did each candidate win? Donald Trump won 54 delegates in the Illinois primary, Ted Cruz has 9, and John Kasich has 6.

At what point can delegates switch candidates? Illinois is a little tricky, but allow us to explain. Illinois‘s 54 congressional district delegates have the option of aligning themselves with a candidate. This year, they all did, so they are bound to their candidate until the candidate releases them. Hypothetically, if they did not align, they would have been unbound. Another group of delegates, referred to as the 12 “at-large” delegates, and the three RNC members who are automatic delegates, are bound to the winner of the primary, in this case Trump, through the first ballot of the convention. If any of the candidates drop out before the convention, they will be immediately unbound.

What effect could this have on the convention? The vast majority of the delegates (54, to be exact) are congressional district delegates. Which means that 39 of Trump’s 54 delegates (the others are the at-large and automatic delegates) are untouchable, unless he releases them. That also means that all of Cruz’s and Kasich’s delegates will stick with them, unless they are released. If no nominee is declared after the first round of voting, the 15 at-large and automatic delegates will be up for grabs, which can only hurt Trump, since he currently has all of them.