Trump’s Twitter Comments Likely to Cause Heartburn for Lawyers 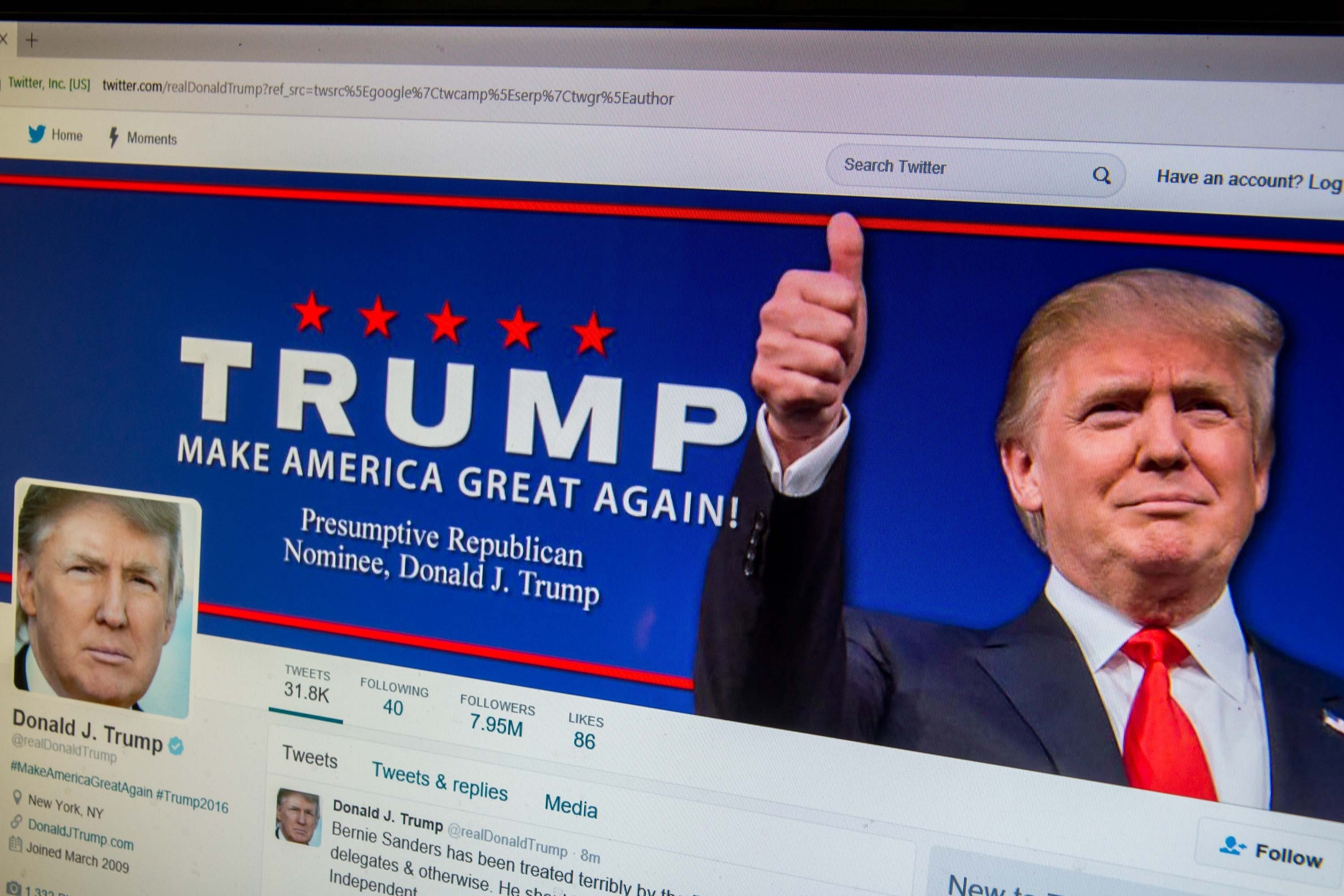 That freewheeling style, uncharacteristic for an American president, is sure to complicate efforts of Justice Department attorneys tasked with defending his executive actions in court. Federal lawyers, invariably inclined to speak through technical legal pleadings instead of on social media, are likely to be asked time and again to account for public statements from the president, including comments that seem to contradict or harm their arguments.

“This is what’s so surprising about Trump’s statements and his use of Twitter: He says all kinds of things that undermine the claims that the government is making in litigation,” said Eric Posner, a University of Chicago law professor. People challenging the government will bring tweets and other statements to the attention of the courts, Posner said, “and courts will pay attention to them.”

That showed up prominently in the legal fight over Trump’s ban on refugees and immigration from seven Muslim-majority nations, which federal courts have put on hold.

Even as Justice Department attorneys worked to convince courts that the policy was not motivated by religious prejudice, Trump himself was quoted in a news interview as saying he wanted to prioritize refugee admissions for Christians. “We are going to help them,” Trump told the Christian Broadcasting Network. “They’ve been horribly treated.”

Those comments were said to have helped persuade acting Attorney General Sally Yates — fired by Trump last week after she declined to defend his executive order — that the policy was meant to disadvantage Muslims. Lawyers for Washington state and Minnesota cited Trump’s public statements about Christian refugees in court filings and noted his campaign pledge to block Muslims from entering the U.S.

And in the opinion Thursday that refused to reinstate the travel ban, a panel of judges from the 9th U.S. Circuit Court of Appeals agreed that remarks made outside the courtroom were fair game for them consider.

“If the president says ‘x,’ it’s hard for his own lawyer to credibly walk that back and say ‘not x,'” said Andrew Schilling, the former civil division chief of the United States Attorney’s office in Manhattan. Just as a criminal defense attorney would advise a client to remain silent for fear his statements could be used against him, “that’s no less true when your client is the president.”

Trump was more restrained Friday, saying he had “no doubt” he would eventually win in court on the ban. That was a contrast to inflammatory statements in the past week, in which he referred to the jurist who suspended his temporary travel ban as a “so-called judge” and later wrote “Just cannot believe a judge would put our country in such peril. If something happens blame him and court system. People pouring in. Bad!”

It’s not unique for Justice Department attorneys to have the words of the commander in chief or other top administration officials quoted back to them in uncomfortable ways.

Lawyers for Guantanamo Bay detainees, for instance, have used President Barack Obama’s declaration that the war in Afghanistan is over as grounds to challenge their clients’ continued detention.

When the Justice Department argued against the release of information about the government’s drone program to kill suspected terrorists, a federal appeals court noted in its ruling that Obama himself had already publicly acknowledged the use of remote strikes against members of al-Qaida.

And in 2012, a judge on the conservative-leaning 5th U.S. Circuit Court of Appeals grilled a Justice Department lawyer about Obama’s reprimand that “unelected” judges had the potential to overturn his signature health care law.

Yet Trump’s statements in the past week alone have up set an extraordinary clash between the executive and judicial branches and have been widely criticized as disrespecting the courts’ authority. Sen. Richard Blumenthal, a Connecticut Democrat, said Trump’s Supreme Court pick Neil Gorsuch had expressed misgivings about attacks on the judiciary.

Stuart Gerson, who was the Justice Department’s civil division chief under President George H.W. Bush and was the acting attorney general in the early days of the Clinton administration, said although Trump’s comments haven’t been helpful, federal lawyers still have strong legal arguments for the scope of presidential authorities — arguments that can outweigh Trump’s public comments in importance and relevance.

“They have a job in representing the United States and giving a fair argument to whatever issues are involved, and I think that’ll be the case here,” Gerson said.

What remains unclear in light of Trump’s public statements, said law professor Posner, is whether the Trump administration will continue to enjoy the same deference that courts generally afford to executive branch decision-making.

“This particular president has been so reckless in his remarks,” he said. “My sense is that the courts are going to be less deferential and more demanding, less willing to just look at a document and more interested in what’s the real motivation.”

This article was written by Eric Tucker from The Associated Press.