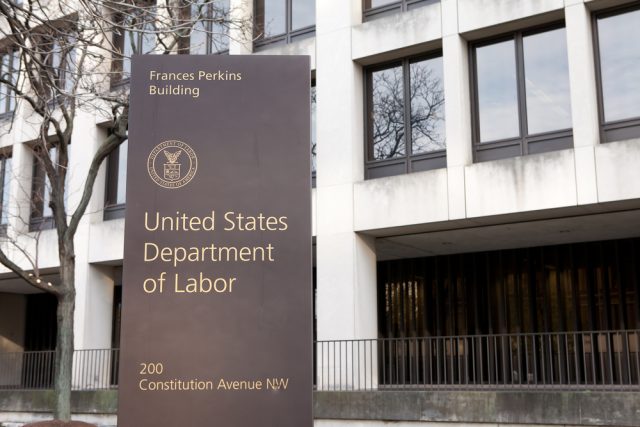 President Donald Trump‘s Department of Labor (“DOL”) allegedly withheld data from the public regarding a proposed regulatory change that would reportedly take billions of dollars out of restaurant workers’ pockets.

According to a report in Bloomberg Law, the DOL “scrubbed” an internal analysis Trump administration officials viewed as unfavorable to their recent tip-pooling proposal.

This withheld analysis–which has not yet been publicly released–purportedly shows that waiters, waitresses and other restaurant employees whose wages are largely dependent on tips would lose out, collectively, on billions of dollars per year if the tip-pooling proposal were adopted.

Citing “four current and former” employees at the DOL, the report claims Trump administration cabinet officials first attempted to massage the data before removing it from the official White House proposal announcing the rule change.

Once presented with the DOL’s data–the data showing workers would lose billions if the rule change goes through–senior political officials within the DOL ordered their staff to revise the methodology used in compiling the data so as to lessen the negative impact of the rule change on paper.

Lower-level DOL staff reportedly complied with those demands to revise their data-compiling methodology, but Labor Secretary Alexander Acosta and his team were said to be upset with any sort of data set showing losses for restaurant workers as a result of the new proposal–so the inclusion of the data was scrapped entirely.

The White House then allegedly agreed to the DOL publishing a December 5 proposal in the Federal Register–the place where all rule proposals are published prior to enactment–completely lacking the controversial and apparently embarrassing “economic transfer data.”

Announced in December, the Trump administration’s proposed new rule overturns an Obama administration rule that aimed to increase restaurant server pay by allowing waiters and waitresses not to pool their tips with non-waitstaff employees. Under the new rule, employers who pay their servers minimum wage would be allowed to collect any and all tips earned by their employees and then decide what to do with them.

David Weil, Wage and Hour Division administrator under Obama, said, “I think it is simply a statement of fact that Secretary Acosta and the people in the political side of the Labor Department who pushed that rule, which was a wonderful Christmas present to the National Restaurant Association, didn’t want the public to understand what kind of transfer we’re talking about.”

The DOL’s propose rule change summary reads, in its entirety:

The Department of Labor (Department) is proposing to rescind portions of its tip regulations issued pursuant to the Fair Labor Standards Act that impose restrictions on employers that pay a direct cash wage of at least the full federal minimum wage and do not seek to use a portion of tips as a credit toward their minimum wage obligations. This Notice of Proposed Rulemaking (NPRM) seeks the views of the public on the Department’s proposed rescission of those portions of the regulations.

The public has until February 5 to comment on the proposed change.

Law&Crime reached out to the Department of Labor and the Bureau of Labor Statistics for comment on this report, but no response was forthcoming at the time of publication.