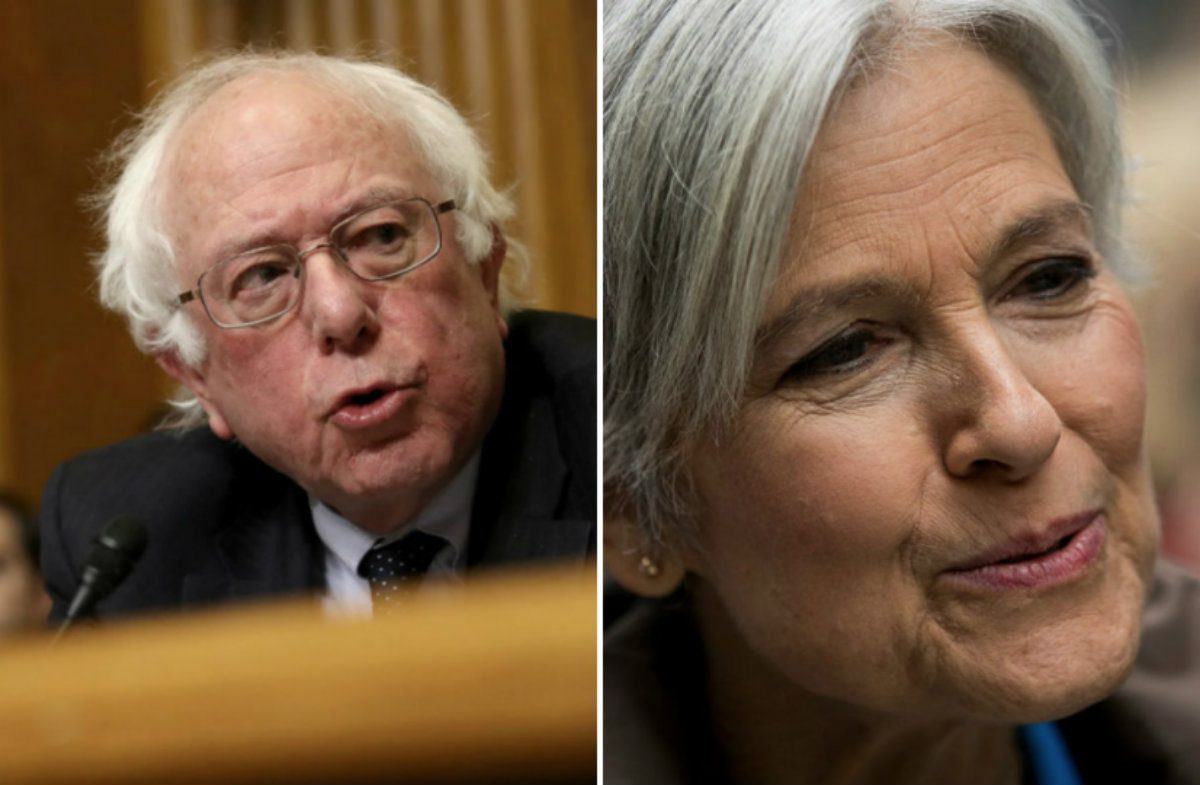 Friday brought the new indictment against Russian organizations and nationals who allegedly interfered in the 2016 election. As might be expected, prosecutors said offenders made contact with “unwitting” members of the Trump campaign, but it turned out that this support was tri-partisan. They advocated for Democratic candidate Bernie Sanders and Green Party nominee Jill Stein. Basically, anything to hurt Democratic nominee Hillary Clinton. The defendants wanted to sow discord and distrust in the American political system, said Deputy Attorney General Rod Rosenstein in a press conference on Friday.

Here’s a passage from paragraph 43 of the indictment:

Specialists were instructed to post content that focused on “politics in the USA” and to “use any opportunity to criticize Hillary and the rest (except Sanders and Trump–we support).”

Prosecutors said the defendants used social media to encourage people of color to either not vote, or to choose a third-party candidate. Part of this campaign meant directing votes toward Stein. From paragraph 46:

On or about November 3, 2016, Defendants and their co-conspirators purchased an advertisement to promote a post on the ORGANIZATION-controlled Instagram account “Blacktivist” that read in part: “Choose peace and vote for Jill Stein. Trust me, it’s not a wasted vote.”