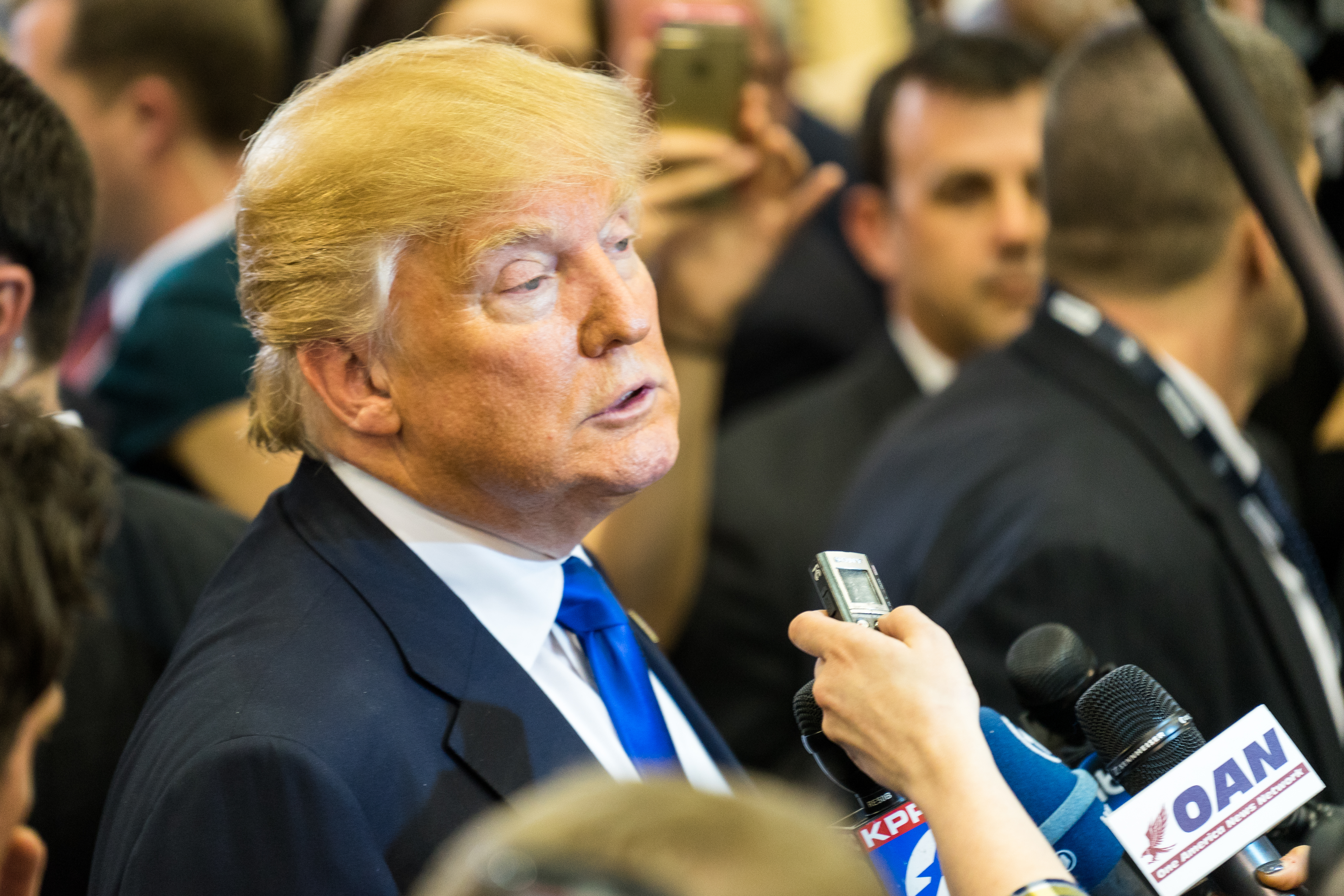 WASHINGTON (AP) — To quiet concerns over foreign influence, President Donald Trump promised no new international business deals while in office. Instead, Trump’s business is returning to a very old one.

The Trump family’s re-engagement in a Dominican resort deal signed a decade ago surfaced unexpectedly last week, when Eric Trump, an executive vice president, was photographed touring the property Feb. 2 with developers Ricardo and Fernando Hazoury.

In a press release, the Hazoury brothers called their relationship with Eric Trump “incredibly strong.” But the relationship has been rocky: Eric Trump accused the brothers of “textbook fraud” in a 2012 lawsuit over allegedly hidden property sales.

A firm plan for further Trump-licensed development at Cap Cana, a luxury beachfront resort just minutes from one of the Dominican Republic’s largest airports, isn’t yet in place. But the prospect for a resumption of the 2007 licensing deal would test the limits of Donald Trump’s pledge to halt new international Trump-branded projects during his presidency.

The renewed pursuit of the project shows that the company believes it has latitude to carry on significant new activity overseas, despite the president’s pledge to avoid new foreign development deals.

“No new foreign deals will be made whatsoever during the duration of President Trump’s presidency,” Trump lawyer Sheri Dillon of Morgan, Lewis & Bockius LLC said last month at a news conference. Under the self-imposed rules she described, new domestic deals will be allowed, but they will go through what she described as a vigorous vetting process.

Trump Organization general counsel Alan Garten said the deal in the Dominican Republic was never dead even though nothing new has been built or announced in a decade. Garten noted that Trump listed the deal on his 2015 government financial disclosure but said it was not listed on last year’s filings because of what he described as a lack of reportable assets associated with the venture.

The effort to grandfather such branding deals demonstrates the flimsiness of Trump’s pledge, said Richard Painter, who served as the ethics lawyer for the White House during the George W. Bush administration.

“They can take the tiniest little past involvement in something and then extend it into an enormous new deal,” Painter said. “There’s no way to distinguish between new business and old business.”

The deal with the Hazourys contemplated multiple stages of Trump-themed projects at Cap Cana, a master-planned resort town minutes from the busy Punta Cana International Airport. The project is twice the size of Manhattan, and Trump’s part began with the sale of 68 multimillion-dollar home sites known as “The Trump Farallons.” Trump-branded hotel, condominium and golf course projects were supposed to follow. At a lavish party in Cap Cana in 2007, Trump “congratulated fortunate buyers on their investment,” according to a press release by Cap Cana.

Trump’s deal never progressed beyond the initial sale of Trump-branded vacant lots. Though he described himself as a Cap Cana project developer in public statements, Trump invested no money, and the project stalled during the 2008 financial crisis. Further damaging the deal’s prospects, the developer wasn’t paying Trump the licensing fees on empty lots that had already sold.

After hiring an outside auditor, Trump sued in 2012, alleging that the Hazourys had hid many of the land sales and kept the proceeds. In an affidavit, Eric Trump called the sales reports the Cap Cana developers had provided to the Trump Organization “an outright lie.”

Before the case could go to trial, the Trump Organization and Cap Cana reached a confidential settlement in 2013.

During the following three years, neither the Trumps nor the Hazourys announced further cooperation, and Trump’s name largely disappeared from marketing materials. The exclusive real estate brokerage for the project dropped Trump’s name from “The Farallons.”

Garten said that, despite Cap Cana’s failure to deliver on its side of the contract and Trump’s demand that the project stop using his name during the litigation, Trump never canceled the underlying deal. The ultimate settlement of Trump’s suit against Cap Cana was amicable, he said, and further talks occurred well before last November’s U.S. election.

The only contract for the current venture was the one from 2007, which required the Hazourys to complete construction of all components by 2011. Other parts of the overall Cap Cana project have come to fruition — including an Eden Roc hotel, two golf courses and an expansive marina — but the properties sold in the Trump Farallons have been gradually overtaken by the jungle.

“We may not be able to work it out,” Garten said. Recent developments involving Cap Cana — including a previously unreported settlement between developers and holders of defaulted bonds — persuaded the Trump Organization to revisit its licensing deal. Garten said the company also believed that re-engaging on the project might be good for people who own the still-undeveloped Trump Farallon lots.

“We feel that we owe an obligation to the buyers to do what we can,” he said.

Representatives of Cap Cana did not respond to requests for comment.

William Ganz III, a Baltimore real estate agent who purchased one of the sites and built around 70 percent of a lavish villa before the Trump Farallons’ distress, said Eric Trump’s visit had caught him and other property owners by surprise since they were unaware of an ongoing relationship.

Ganz, who is looking for investors to help him finish the villa he started, said the Cap Cana developers’ renewed interest in Trump-branded development was only logical given Trump’s victory in the presidential campaign.

“Obviously it would make sense to restart that conversation now that Trump’s in the limelight,” he said. “It would be foolish not to try to make things start to happen.”