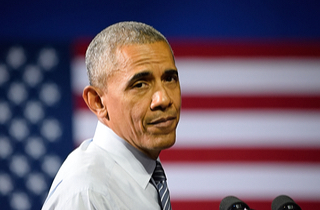 The Russian hacking story is not over yet. Homeland Security Adviser Lisa Monaco announced on Friday that President Barack Obama has ordered “a full review” of Russia’s possible interference in the 2016 presidential election in the form of a joint report from the country’s intelligence agencies. The announcement, which was initially reported by The Hill and McClatchy, came at a “newsmakers” breakfast hosted by the Christian Science Monitor. However, there is a caveat to the report, which should be done before Obama leaves office in January: It may never be seen by the public.

“The president has directed the intelligence community to conduct a full review of what happened during the 2016 election process and to capture lessons learned from that and to report to a range of stakeholders to include Congress,” Monaco said. When asked if the report would be released publicly, she declined to answer, adding that the White House aims to be “very attentive to not disclose any sources and methods that may impede our ability to identify and attribute such attacks in the future.”

Noting that Chinese actors successfully hacked into the Obama campaign’s systems in 2008, Monaco stressed that considering that possibility of foreign hackers influencing elections may very well be the new normal. “We may have crossed into a new threshold, and it is incumbent upon us to take stock of that, to review, to conduct some after action, to understand what this means, what has happened, and to impart lessons learned.”