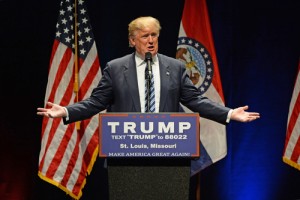 If you were to ask a random sampling of news consumers: “what do you think is the biggest problem with media today,” you would quickly become deluged with a myriad of denunciations ranging from bias to lethargy to factual inaccuracies. All fair critiques at one point or another. The most underappreciated problem with media, however, may be the effort to combat those criticisms with a near obsession to appear “fair” and “objective.” A goal few seem to believe most entities achieve, and yet one which can lead the media to actually shade or even twist the truth in a futile effort to find that elusive journalistic nirvana.

In certain cases, the two sides are much simpler: right and wrong. In those relatively rare cases, it should be the media’s obligation and duty to shed the veneer of “objectivity” and specifically and vociferously call it what it is. Wrong. Donald Trump‘s claim that Judge Gonzalo Curiel, presiding over one of the lawsuits against Trump University, is somehow biased against him because he is “Mexican” (born in Indiana of course) is one of those cases. Trump doubled and tripled down on his comments and now even suggests that a Muslim judge might be unfit to hear a case against him as well. The vast majority of Republican leaders have denounced the statements because, well, they are bigoted and fundamentally undermine our judicial system. It’s not a close call.

Enter Howard Kurtz, the veteran and venerable media critic now with Fox News. Kurtz, formerly of the Washington Post alleges a “blurring of the lines between straight news coverage and commentary” on Trump’s statements. In particular, Kurtz points to The New York Times and The Washington Post pieces that describe the near universal concern (and even horror) legal experts have expressed about Trump’s comments.

Kurtz cautions that “many experts have strong political opinions. They are not denizens of some ivory tower of neutrality” and seems frustrated that even conservative legal scholars have been critical of Trump’s comments: “Is there no lawyer on the planet (other than Alberto Gonzalez) who could be found to take a less alarmist view of Trump’s remarks?” Certainly, but to quote that person would be to abrogate the basic journalistic duty of providing accurate context. There is no fissure in the broader legal community on this issue.

Instead, Kurtz wants us to believe that this is part and parcel of a broader media conspiracy to attack Trump: “In this case, at least, the experts do seem to match the media mindset on the danger of Donald Trump.” No, in this case finding a “legal expert” to defend Trump would require mining the legal community in search of a dissident completely out of the mainstream. There is a reason so many who support Donald Trump have criticized him over these comments.

Even Kurtz himself concedes: “Now it’s important to stress that the billionaire’s personal attacks on the judge hearing the Trump University lawsuit are indeed troubling.” Wait, so what is the point of his piece? Bottom line, whatever one thinks about Donald Trump including those millions who will vote for him, it is entirely fair to say that Trump’s comments are troubling to all but an infinitesimal minority of lawyers, judges and law professors. For the media to present the sort of balance Kurtz advocates would be bias of the most covert and potentially insidious kind.