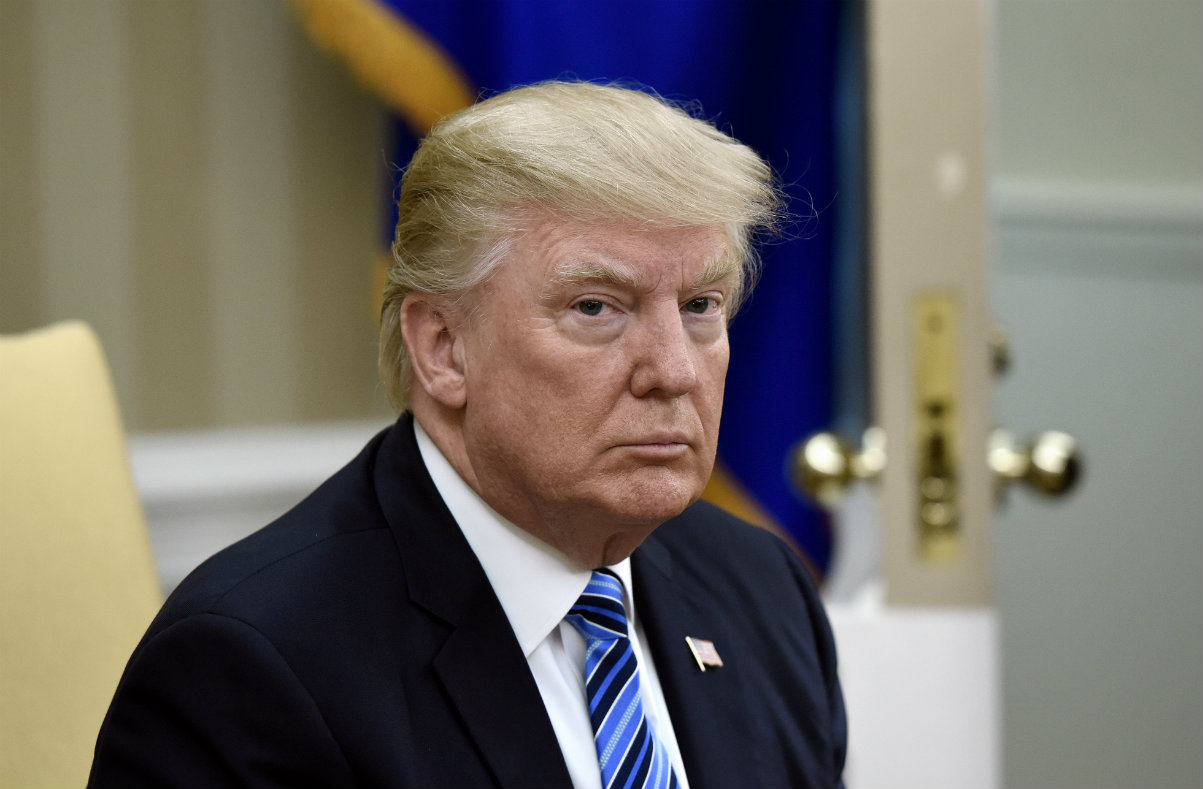 On Friday, the House Intelligence Committee released its report on Russian interference in the 2016 election. Their conclusion: There’s no evidence the campaign of President Donald Trump colluded in Moscow-led malfeasance. Of course, this being the Trump administration, the report written by the committee’s GOP majority will be a source of political conflict on the Hill. Democrats previously criticized their Republican colleagues for stopping the House probe early. They too released a report.

It’s a lot to take in, so let’s hit the main points.

This being an intelligence report, it probably shouldn’t be a surprise that some parts of the majority report is blacked out. Nonetheless, Rep. Mike Conaway (R-Texas 11th District), who serves on the Intel Committee, blamed intelligence officers for going overboard.

GOP TX Rep Conaway on Russia rpt: I am extremely disappointed with the overzealous redactions made by the IC. Many of the redactions include information that is publicly available, such as witness names and information previously declassified.

If there’s one bipartisan detail about all this, it’s that everyone can pretty much agree that Moscow interfered in the 2016 presidential election.

“The Committee agrees with this statement and finds the ICA assessment of Russian responsibility to be based on compelling facts and well-reasoned analysis,” the majority report stated.

Too bad that this passage is book-ended by redacted blocks of text (we weren’t kidding about that). In fact, most of the following seven pages are completely blacked out. Page 26 only reveals one line: the hilariously enigmatic phrase “Attribution is a Bear.” Don’t we know it. Still, the report doesn’t argue against the intelligence community’s assessment that Russia wanted to butt in.

But that’s not the controversy at hand. The GOP report said that intelligence community assessments did not use proper “tradecraft” in assessing Russian President Vladimir Putin‘s motives for interference in the election. Remember, the U.S. intel report declassified in January 2017 said that Russians wanted Trump to win.

3. No Collusion, According to Kushner and Others

Under “Finding #25,” the majority pointed out that no witnesses provided evidence of collusion or likewise. Citing witnesses including government officials (former and current), as well as Trump team members, the report stated that none of the witnesses testified to having evidence of collusion. For example, Jared Kushner, the president’s son-in-law and senior adviser, stated that the campaign “did not collude, cooperate, whatever other ‘C’ words you used, with any foreign governments.”

The House also said there was no evidence of collusion in then-Senator Jeff Sessions‘ communication with the Russian ambassador Sergey Kislyak.

It always seems to come back to this. The report states, “Although there were allegations in the Steele dossier that Trump engaged in illicit activities with prostitutes in the presidential suite at the Ritz-Carlton hotel, the Committee found no evidence to support these allegations.”

Trump’s former head of security testified that at that night, he walked Trump to the hotel room, remained their for several minutes, and did not see anyone enter.

The majority report acknowledges what they described as “ill-advised” contacts by Trump campaign members like Donald Trump Jr. and Roger Stone surrounding the release of Clinton campaign emails by WikiLeaks, but none of it constituted collusion.

There was no evidence Trump associates were involved in stealing or publishing the emails.

As for the infamous June 6, 2016 meeting at Trump tower, Trump Jr., Kushner, and former campaign manager Paul Manafort expected to get dirt from the Clinton, but didn’t get any.

6. George Papadopoulos and Carter Page Get Dumped on

Campaign advisers Papadopoulos and Carter kind of get dumped on here, with the report describing them as “two less-experienced individuals” brought hastily onto the Trump team, which had faced criticism for apparently lacking foreign policy expertise.

There is no evidence that anyone on the Trump campaign was aware of Page’s past ties to Russian intelligence services-or Papadopoulos’ more recent contacts with a Russian-connected professor-when these two individuals were included among the advisors that were publicly announced on March 21. In fact, as Kushner candidly put it, “we put together that list because we were getting a lot of pressure from the media to put out a list of foreign policy advisers.”

Papadopoulos was unsuccessful at leveraging his Russian contacts to establish meetings between the Trump campaign and Russia.

7. A Lot of Recommendations

The GOP House recommends that private companies and the federal government figure out how to fix “social media vulnerabilities” used by the Kremlin. Additionally, they say statutes like the Foreign Intelligence Surveillance Act should be updated. Among other recommendations, the House report stated that U.S. presidential campaigns should get unclassified counterintelligence briefings before a nomination convention.

The GOP-majority announced last month that they ended the investigation and found no collusion, something the president is all to glad to mention. Democrats quickly pushed back on that, however. In their newly released minority report, they accused the majority of refusing to seek testimony from “dozens of witnesses” proposed by the Minority,” only holding four open hearings, refusing follow-up document requests “informed by new information and leads,” and insufficiently using the Committee’s subpoena power. Their conclusion: it was an unfinished, “rushed” probe.

They also criticized the majority report’s criticism of apparent “tradecraft failures” in assessing the motivation behind Russian collusion.

Despite the Majority’s inclusion of a significant body of Intelligence Community reporting on Russian interference in Europe, and its claim to have supported the conclusions of the January 6, 2017 declassified Intelligence Community Assessment (ICA) on Russian interference in the U.S. election,15 the report concludes, without offering evidence, that analytic “tradecraft failures” provide reason to doubt a key assessment in the ICA – that Russia “aspired to help [Trump’s] election chances when possible by discrediting Secretary Clinton and publicly contrasting her unfavorably to him.”

All told, the minority report treats the collusion issue as an unsettled question.