Mayor Admits Affair with Cop; Screws Herself Out of Office in Felony Theft Plea Deal 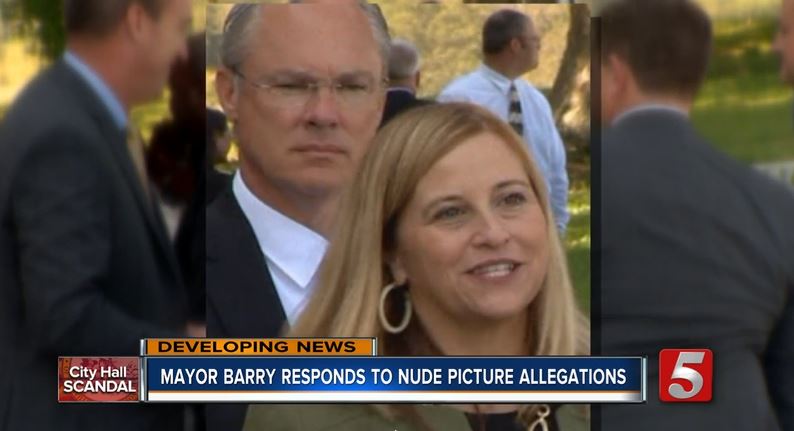 The mayor of Nashville, Tennessee, on Tuesday admitted criminal guilt and immediately thereafter resigned from office amid fallout from an extramarital affair, CNN is reporting.

The mayor, Megan Barry, a Democrat, admitted to having an affair with her police bodyguard, who — interestingly, coincidentally, and problematically — in turn received some hefty salary bumps and overtime payouts. The mayor admitted to felony theft in court shortly before she resigned. Her punishment will be to reimburse the City of Nashville $11,000 and serve three years of probation, the local newspaper reports. Her resignation was also part of her plea agreement, the Associated Press reports. In response to the punishments, the mayor told the judge, “I appreciate you.”

The mayor had vowed to remain in office when she admitted to the affair in late January. That promise went out the window as the case against her continued to march forward.

The admission to criminal charges and the resignation come days after the Tennessee Bureau of Investigation (TBI) obtained a warrant for the mayor’s cell phone. Previously, the mayor had raised a stink about turning it over, claiming it contained personal communications with family members and raising privacy concerns over the scope of data that could be discovered. The contents of the mayor’s phone were key to determining whether the police bodyguard was on the clock while the affair took place. Earlier, the bodyguard’s phone had revealed naked photos, possibly of the mayor, and one of which may have been taken while he and the mayor were on an out-of-town trip, an affidavit prepared by the TBI indicated.

During her resignation, the mayor said she hoped her conduct would not cast a shadow over the work of other city employees, whose reputation she said she hoped she had not tarnished.

The mayor had been called a rising star in the Democratic party, was frequently seen with Nashville singers and sports figures, and at one point boasted a 70% approval rating, the Tennessean reports.

[Image via screen grab from WTVF-TV.]