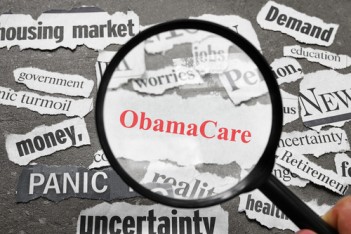 Last week, U.S. District Judge John Jones became the first federal judge to accept the so-called “Obamacare made me do it” defense in a contested hospital merger lawsuit.

According to the National Law Journal, the “Obamacare made me do it” defense is an argument used by hospitals when the FTC attempts to block a proposed merger on antitrust grounds.

Hospitals argue mergers are necessary to control costs as a result of Obamacare changing the way Medicare and Medicaid reimburse hospitals for services.  Specifically, the old fee-for-service model that reimbursed hospitals based on the number of treatments they provided has been replaced with a new model that essentially pays hospitals a flat fee based on the number of patients they treat. The new model is supposed to incentivize hospitals to cut costs, in theory.  Hospitals say all of these changes are significant enough to justify a new approach for analyzing anti-trust claims.

The FTC successfully defeated this basic argument in a handful of similar cases by arguing the size of large health care providers — like hospitals —  provides them with the leverage to negotiate higher reimbursement rates from private insurance companies.  The FTC theory is that private insurance companies need to reach deals with the largest hospitals in order to sell health insurance plans to customers/patients in that area, according to the National Law Journal.

Judge Jones, however, agreed with the hospital’s argument.  He wrote:

This decision further recognizes a growing need for all those involved to adapt to an evolving landscape of healthcare that includes, among other changes, the institution of the Affordable Care Act, fluctuations in Medicare and Medicaid reimbursement, and the adoption of risk-based contracting. Our determination reflects the healthcare world as it is, and not as the FTC wishes it to be.

The FTC filed an emergency motion late last week to block the hospital merger and expedite the appeal of Judge Jones’ ruling.