GOP Senate Candidate on Women’s Rights : ‘I Want to Come Home to a Home Cooked Dinner Every Night’ 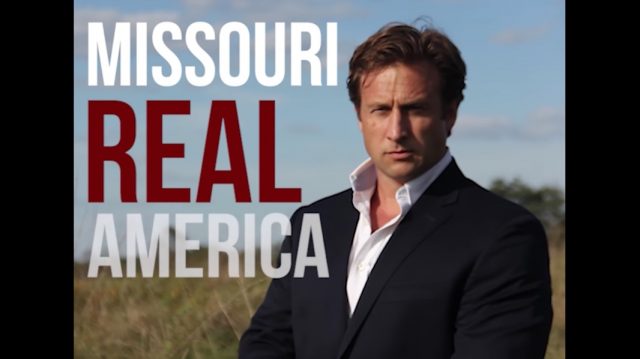 Missouri Republican Senate candidate Courtland Sykes expressed a somewhat controversial opinion regarding women’s rights. That is, he more or less disagrees with them.

In a statement posted to Facebook, the candidate addressed what he referred to as “recent questions regarding my views on Women’s Rights.” Regurgitating a September 2017 campaign FAQ, Sykes lengthy statement left very little to the reader’s imagination. He wrote:

I want to come home to a home cooked dinner every night at six. One that she fixes and one that I expect one day to have daughters learn to fix after they become traditional homemakers and family wives–think Norman Rockwell here and Gloria Steinem be damned.

Sykes’ lead-in to the above statement jokingly referenced his fiancée Chanel, noting that she “has given me orders to favor [women’s rights], so I’d better.”

To clarify his overall position, sans Chanel’s demand for “obedience,” Sykes added unrequested commentary on feminism and feminists. Of the modern feminist movement and the “crazed definition of modern womanhood,” the GOP candidate writes, “They made it to suit their own nasty, snake-filled heads.”

The next section of Syke’s statement is somewhat incomprehensible but appears to take aim at current discourse on the topic of toxic masculinity. Maybe. Sykes writes:

And I don’t buy into the non-stop feminization campaign against manhood. Men and women are different and gender-bending word games by a goofy nest of drugstore academics aren’t going to change anything–except the fantasy life of those confused people in ivory towers.

I don’t want them grow [sic] up into career obsessed banshees who forgo home life and children and the happiness of family to become nail-biting manophobic hell-bent feminist she devils who shriek from the top of a thousand tall buildings they are [sic] think they could have leaped in a single bound — had men not been ‘suppressing them.’ It’s just nuts. It always was.

Sykes ends with an interesting claim. He writes, “I support women’s rights, but not the kind that has oppressed natural womanhood for five long decades.” This line of thought continues for awhile until Sykes finally unloads on that estimation of rights by addressing its apparent standard-bearer, Hillary Clinton.

The somewhat bizarre missive isn’t the first time Sykes has drawn controversy for his comments on women. Just two days ago, the GOP Senate candidate came under fire for comparing female Democratic Party politicians to female villains in Disney films, according to the Springfield News-Leader.

Law&Crime reached out to multiple officials with the Missouri Republican Party for comment on Sykes’ views on women and women’s rights. No response was forthcoming at the time of publication.