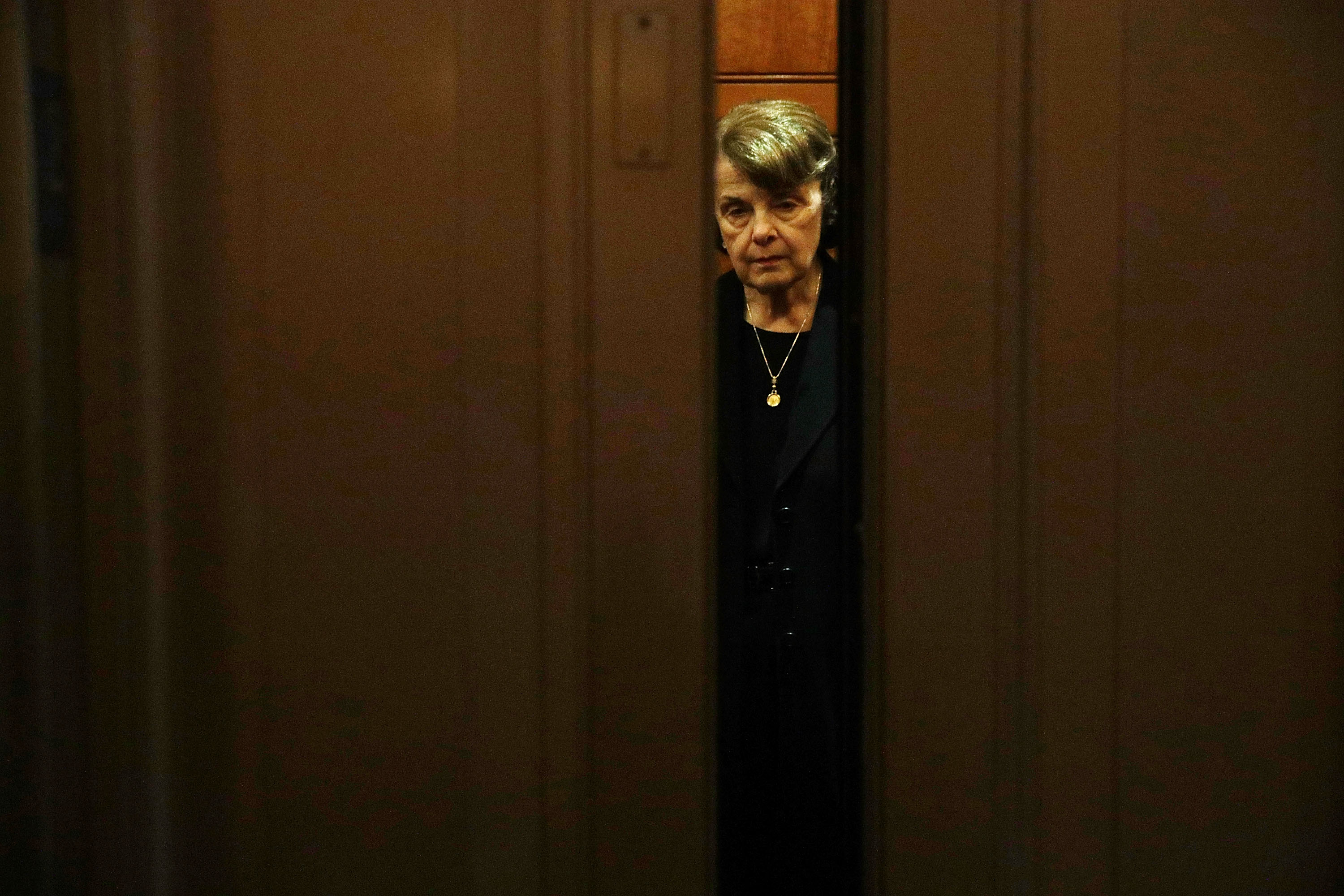 California’s senior Senator Dianne Feinstein once fought and and pushed for the prosecution of black activists who opposed her repeated efforts to fly the Confederate flag at San Francisco City Hall.

In the aftermath of Feinstein’s humiliation at the hands of progressive activists who denied her the endorsement of the California Democratic Party over the weekend, progressives are taking note of this key detail from Feinstein’s political past.

In 1984, Feinstein was the mayor of San Francisco–a job she inherited in 1978 after the dual assassinations of George Moscone and Harvey Milk. She was elected to this position in 1979 and again in 1983.

Also in 1984, was the Democratic National Convention. Heavy media speculation suggested Feinstein was in the running for Walter Mondale‘s vice-presidential pick. Feinstein wanted this job badly and made moves to increase her visibility and highlight her moderate brand of politics.

One such move quickly presented itself: punching to her left.

Early in the year, Feinstein okayed the flying of the “Stained Banner”–also known as the Confederate battle flag–at City Hall as part of a “historic display.”

On April 15, 1984, communist organizer Richard Bradley, outfitted in a Union Army uniform, scaled the 50-foot flag pole at the Civic Center in San Francisco and removed the Confederate battle flag.
The remnants of that flag were then burned by a union member. As the small fire raged, a crowd of black activists, socialists and unionists broke into a chorus of the anti-slavery anthem “John Brown’s Body.”

According to the San Francisco Bay View:

At the time, Feinstein, who was in the running for the Democratic vice presidential nomination, was seeking to curry favor with the Dixiecrats, who would be arriving in town three months later for the Democratic National Convention. She had the flag put back up…

In response, Bradley and his communist group, the Spartacist League, returned to the Civic Center and destroyed the Confederate flag again.

This time, however, Bradley was arrested on charges of vandalism.
According to a contemporary account of the pre-trial maneuvering by the Spartacist League’s in-house publication, Workers Vanguard which features of a round-up of black press press coverage on the issue, Feinstein’s office worked with San Francisco’s then-District Attorney Arlo Smith on the prosecution. Of particular concern to Feinstein was that Bradley make “restitution” to the City of San Francisco for the destroyed flag.

Not satisfied with this promise, Bradley scaled the flagpole for a third time—hoisting the standard of the Union garrison that previously flew over Fort Sumter as Confederates fired the opening salvos of the U.S. Civil War.

Feinstein promptly had the Union flag removed and, according to the Bay View, destroyed.

Despite a nationwide outpouring of support from luminaries such as Gore Vidal, Bradley was still prosecuted. His trial resulted in a hung jury and Feinstein then pushed Smith to dismiss the charges–against Bradley’s wishes–because he wanted his day in court.

Feinstein apparently wasn’t quite content with this turn of events–and still had time to make her case to Democratic Party power brokers. So, after Bradley’s trial faded from the headlines near the end of June, Feinstein raised the “Stars and Bars”—the first flag of the Confederacy.

In response to yet another Confederate flag being raised in San Francisco, on the morning of June 29, anti-racist activists took down the “Stars and Bars”—along with the Civic Center flagpole holding it up. No one was hurt or arrested following this removal action.

No Confederate flag flew at San Francisco City Hall ever again. In July of 1984, Feinstein was passed over in favor of Geraldine Ferraro.