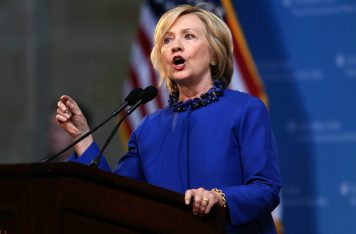 Reports are emerging that the FBI has re-opened the Clinton email investigation. FBI Director James Comey sent a letter that has been passed around Capitol Hill that through another investigation the FBI found emails that are pertinent to the investigation of Hillary Clinton‘s private email server.

Here’s the text of the letter, which was uploaded to Scribd by NBC News:

In previous congressional testimony, I referred to the fact that the Federal Bureau of Investigation (FBI) had completed its investigation of former Secretary Clinton’s personal email server. Due to recent developments, I am writing to supplement my previous testimony.

In connection with an unrelated case, the FBI has learned of the existence of emails that appear to be pertinent to the investigation. I am writing to inform you that the investigative team briefed me on this yesterday, and I agreed that the FBI should take appropriate investigative steps designed to allow investigators to review these emails to determine whether they contain classified information, as well as to assess their importance to our investigation.

Although the FBI cannot yet assess whether or not this material may be significant, and I cannot predict how long it will take us to complete this additional work, I believe it is important to update your Committees about our efforts in light of my previous testimony.

FBI Dir just informed me, “The FBI has learned of the existence of emails that appear to be pertinent to the investigation.” Case reopened

LawNewz.com is following this breaking story and will update it as we get more information