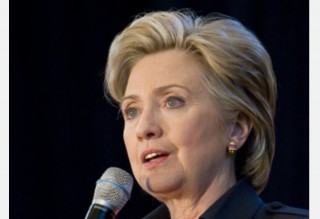 A new report reveals that State Department investigators issued a subpoena to the Bill, Hillary and Chelsea Clinton Foundation sometime last year. Investigators are looking for foundation projects that may have also needed approval from the federal government during Hillary Clinton’s term as secretary of state, according to the Washington Post.

The subpoena also asked to see records related to Huma Abedin, Hillary’s longtime aide, who for a short time worked for both the State Department and the foundation. A foundation representative told the Washington Post that they are not the focus of the probe. The State Department’s Inspector General office declined to speak about their investigation or the subpoena.

This latest subpoena is part of an ongoing investigation by the Secretary of State’s Inspector General’s Office, which is also probing her private emails.  According to Fox News, the FBI is also investigating a possible “pay for play” allegation between the Clinton Foundation and the State Department business. Last month, Clinton denied allegations that the FBI expanded its probe.

Either way, this isn’t good legal news for Hillary Clinton. Why? Generally speaking, an alleged conflict of interest like this more clearly violates federal law (as opposed to the fuzzy rules on public/private emails) and is easier to prove if investigators have the goods.

This is the sort of crime and prosecution typically referred to as public corruption which doomed former Virginia Governor Robert McDonnell now sentenced to serve two years in prison. Although that case involved gifts and trips, etc., and the Supreme Court is reviewing his conviction, the danger with this sort of allegation is that once a prosecutor decides to move forward, they can be very difficult cases to defend. Typical political horsetrading, access and public corruption can be difficult to distinguish.

“Reading someone’s emails could uncover evidence of other crimes and allow you to identify other witness, other potential charges,” former federal prosecutor Bill Thomas told LawNewz.com.