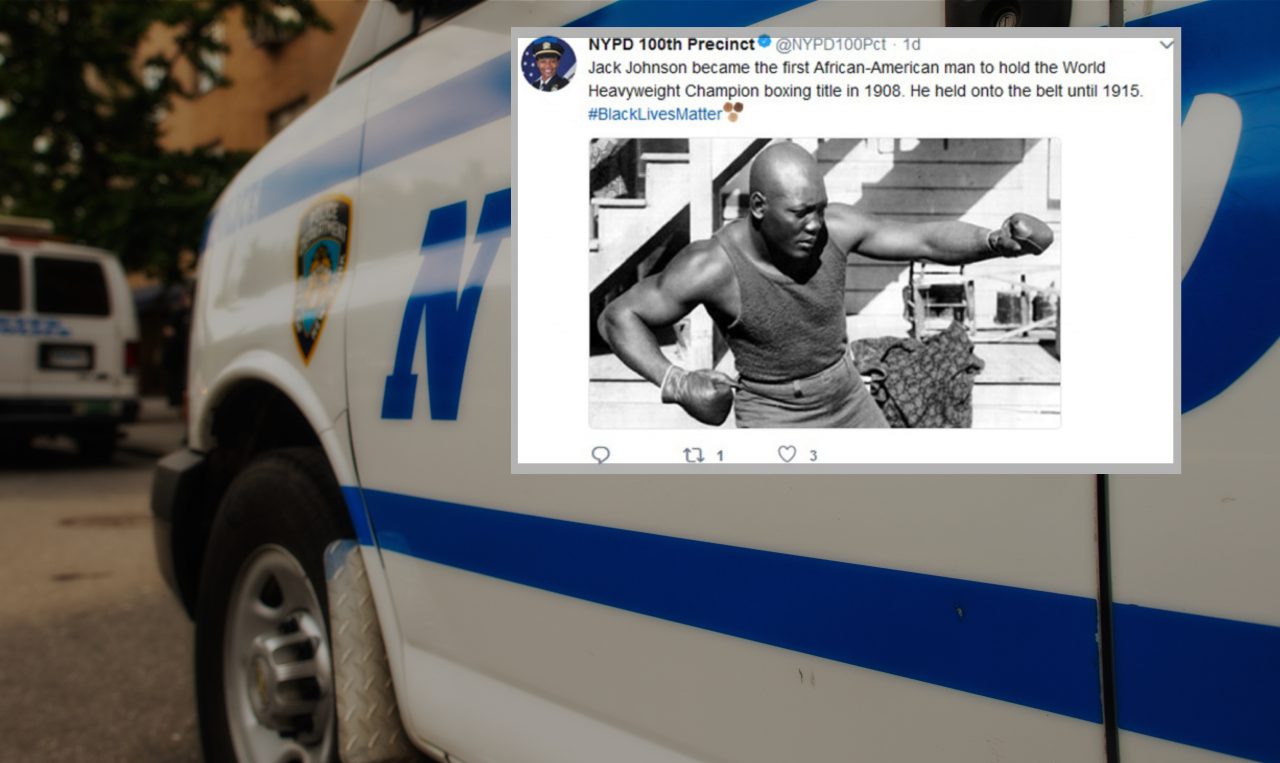 The adverse reaction occurred after the NYPD’s 100th Precinct in Queens posted an update on their official Twitter account in an attempt to take part in Black History Month.

New York City cops were not amused by the post. The backlash was quick and fierce.

One police source complained to the New York Post, “How can a precinct commander lead people when she aligns herself with a group that is known to hate law enforcement and wishes police officers dead?She’s making a political statement on a job Web site. Let’s see what the police commissioner does now. If they don’t take action, then I guess the police commissioner and the mayor condone this.”

The tweet was later deleted and replaced with the same message and the hashtag: #BlackHistoryMonth.

The bio for the account in question reads, “Deputy Inspector Janice Holmes, Commanding Officer. The official Twitter of the 100th Precinct.” Holmes’ headshot is also the account’s avatar. But, according to Holmes, she wasn’t the one who posted the tweet in question. It was allegedly posted by an underling and Holmes reportedly ordered the original tweet to be deleted-and-replaced.

An NYPD spokesperson said that officials are “currently reviewing the Twitter account of the 100th Precinct.” The NYPD admitted, however, that nothing was likely to come of that investigation, noting, “There is no indication that any discipline will be given out.”