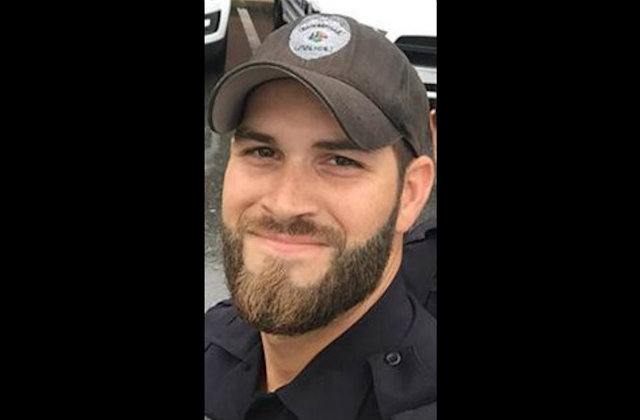 In less than three months, Officer Michael Hamill went from “hot cop” to unemployed. He resigned from the Gainesville Police Department on Dec. 6, according to the Gainesville Sun. This happened before a scheduled internal affairs interview over anti-Semitic posts he allegedly made on social media.

Hamill came to national attention in September in the wake of Hurricane Irma. He and two other officers took a tongue-in-cheek picture, which the GPD threw on its Facebook page. Apparently, the trio were all handsome dudes. The image invited a lot of hilariously thirsty comments from the general public, and started a good-natured competition among other law enforcement agencies. No joke, as of Thursday afternoon, it remains the top Google Image result for “hot cop.”

But that photo no longer remains on the GPD’s Facebook page. They took it down after allegations that Hamill made anti-Semitic Facebook posts about Jewish people and the Holocaust.

Here is one reportedly from April 2013:

Who knew that reading jewish jokes before I go to bed would not only make me feel better about myself but also help me to sleep better as well. Here is one for everybody, “What’s the difference between boy scouts and jews?” Anybody know? Well it is because “Boy scouts come back from their camps.”

And here’s another one:

so I find it funny that people will talk about how our government needs to do something about our economy and in reality it’s YOU who needs to stop taking advantage of our system and get a life and do something with your life. Gotta love reality when it hits you in the face. Stupid people annoy me. Put them in an oven and deal with them the Hitler way. Haha.

Hamill was also being investigated for having an on-duty affair.

“Both allegations would have been sustained with a possible recommendation of up to termination,” GPD spokesman Ben Tobias told the Sun in a statement.