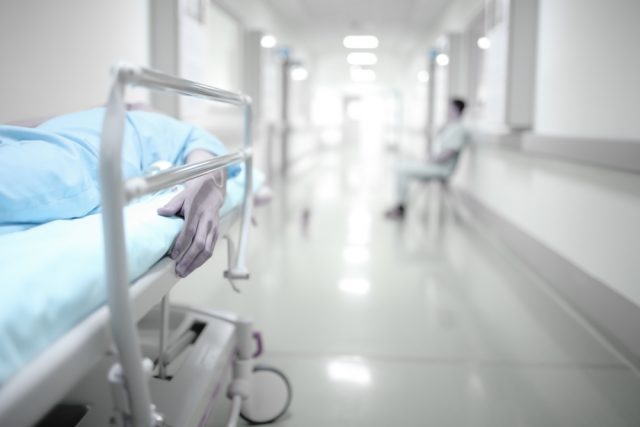 A secretary in Pennsylvania is suing the hospital she used to work at after nude photographs were allegedly taken and then shared while she was undergoing surgery.

Identified in the complaint only as Jane Doe, the plaintiff worked as a unit secretary in Washington Hospital’s operating room department. In September 2016, she became a patient.

On the day in question, Doe was undergoing an incisional hernia surgery. While sedated and unconscious, a scrub nurse allegedly took out a cell phone and snapped multiple images of the plaintiff’s nude body, including her genitals.

According to the lawsuit, Doctor Dennis Brown did not interject to stop the nurse from taking out the cellphone or from photographing the patient–and neither did numerous other hospital employees who were present in the operating room at the time. The suit also alleges that none of the parties in attendance reported the conduct of the scrub nurse-cum-shutterbug.

The suit goes on to note that the scub nurse’s alleged introduction of a cellular phone into an otherwise sterile environment put Jane Doe at increased risk for infection and complications. The suit also claims, “an investigation by the state Department of Health revealed that the presence of cellphones in the operating room was pervasive at the hospital.”

When Doe returned to the hospital from medical leave in October, she says, the scrub nurse showed her the nude photographs. The next day, according to the suit, Doe learned the scrub nurse had shared those photographs with co-workers. So, “in utter horror and shock,” Doe reported the scrub nurse’s conduct to her supervisors and the nurse was promptly fired.

The lawsuit also claims, however, even after the scrub nurse’s termination, Doe suffered through “an increasingly hostile and abusive work environment,” saying she felt shamed and humiliated knowing the photographs had been shared with multiple co-workers and were possibly still being shared. According to the suit, Doe “was now being treated like the wrongdoer – not the victim – and was forced to endure harassment, humiliation and backlash.”

At one point, the suit alleges, Doe was handed a handwritten notecard by a co-worker reading, “What were you thinking?” After that, Doe took time off and was given paid leave by the hospital for two weeks so that she could fully heal.

But, the suit claims, as time went by, Doe began to suffer migraines, anxiety and insomnia–and after requesting further paid leave (and being denied it), she was eventually fired.

Doe is now suing the hospital, Doctor Brown and others present in the operating room for invasion of privacy and negligence. Doe’s husband is also a named plaintiff and is suing the same group of defendants over loss of consortium–a tort which claims a deprivation of familial benefits due to the wrongs committed by an alleged tortfeasor.

The couple are seeking damages in excess of $75,000–a perfunctory amount likely intended to make sure the lawsuit can be heard by a federal court.