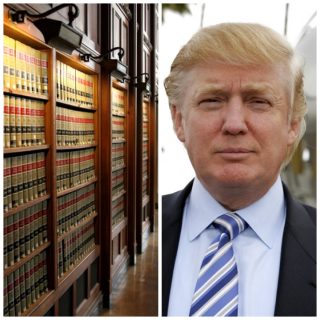 Donald Trump’s election provides further dramatic proof that even the best law schools are increasingly treating their students like spineless delicate wimps; a wussification of the profession which in the long run can hurt us all in many ways.

To help students cope with the “trauma” of having backed the losing candidate in the presidential election, law school professors are cancelling classes, postponing exams, providing grief counseling, etc., just as they did earlier regarding the legally justified shooting of a violent criminal by a police officer in Ferguson.

As an example of how extreme these responses can be, and how law schools are treating their students not just as fragile “snowflakes” but as emotionally distraught young children in need of cuddling, the Michigan Law School scheduled a session with the law school’s “embedded psychologist” where these ultra sensitive souls would use play dough or Legos and blow bubbles to help regain their ability to continue studying.

This is just further evidence that law schools are raising a generation of wuss lawyers, unable to stand up to tough judges and often underhanded opposing counsel in order to protect the freedom, the financial welfare, and sometimes even the lives of their clients.

From the fictional Atticus Finch (who stood up to racist pressures) to real life lawyers including Andrew Hamilton (who defied a judge to establish freedom of the press), and John Adams (defending soldiers in the Boston Massacre), we have depended on the bravery of lawyers to protect our sacred liberties.

What would attorney Patrick Henry, who famously said “Give me liberty, or give me death!”), say if he heard law students now saying “Give me play dough so I can cope!”

Indeed, of the 56 signers of the Declaration of Independence, 25 were lawyers, and of the 55 framers of the Constitution, 32 were lawyers – all of whom risked their lives as well as their fortunes simply by daring to sign the documents.

Yet, when a police officer shot a criminal – in a shooting where the grand jury subsequently refused even to indict, and the Justice Department found the shooting was justified – some students nevertheless claimed that they were so traumatized by an incident hundreds of miles away that they could no longer go to class, study, or (most important) take exams, many law professors and law schools capitulated to the entreaties.

Such solicitude is totally inconsistent with the role we expect and indeed demand that lawyers play.  Cancelling law school classes and exams, much less providing law students with play dough and bubbles, is nothing like what we reasonably can and should demand of these professionals.

Indeed, it would be like cancelling classes at a medical school because one patient at a teaching hospital died, or excusing students at West Point from any duties when word of an enemy shooting incident reached them.

Innocent people put on trial for murder, families both devastated and destitute because of a breadwinners’ death from the negligence of a large company, and millions of others put at serious risk by our legal system urgently need lawyers who will bravely and against all odds stand up for them – not wimps who will have to retreat to blow bubbles.

Another equally shocking example of the consequences of refusing to treat law students as adults, with even a moderate amount of fortitude, is the increasing demand that law school not only stop teaching the law of rape – which many have already done – but also to even avoid the use of words which might be related to it to avoid “disturbing” students.

This “perverse and unintended side effect of the intense public attention given to sexual violence in recent years” is a “tremendous loss – above all to victims of sexual assault,” says feminist Harvard Law Professor Jeannie Suk.  She says law students complain even about the classroom use of the word “violate” as in “does this violate the law?” because it could “traumatize” them.

But real “trauma” is what happens when your client is sentenced to death, or a widow who should have recovered from her husband’s death at the hands of a drug or auto company is condemned to a life of poverty – not when sitting in the sterile setting of a classroom law students hear words like “rape,” “violated,” etc.

If law professors cannot teach controversial topics like rape, affirmative action, police shootings, etc. because students might find it disturbing, the professors logically will cease to study them, and society will be denied a major source of information, policy analysis, and new ideas from independent experts.

If the law  – and the related facts, arguments, etc. –  cannot be taught or otherwise even discussed in the one place in society where freedom of speech and debate are supposed to be bedrock principles, how likely is it that such serious problems can be addressed in a meaningful way?

John Banzhaf is a professor of public interest law at George Washington University where, although he has been twice labeled as a radical feminist, has been warned about using words which some female student might possibly find upsetting.  He did not shy away from the “trauma” when different judges had him thrown out of his courtroom, had him surrounded by marshals, threatened him with million dollar fines, or when he was threatened with disbarment – and he trusts that most of his colleagues would likewise refuse to yield to pressure.