Trump’s Pledge to Speak with Mueller is Almost Word for Word His Promise to Release His Taxes | Law News
$promoSlice() doesn't exist!
Opinion 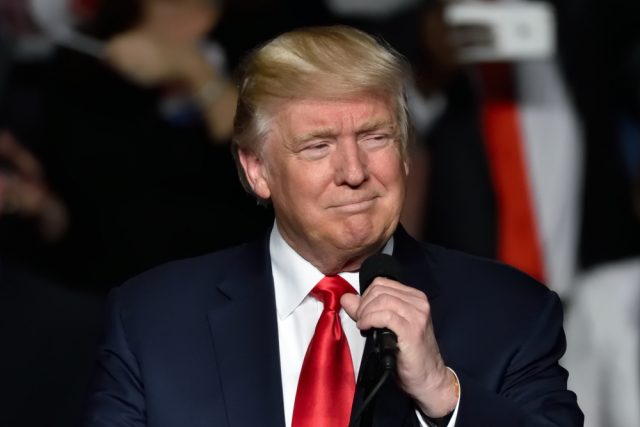 President Donald Trump told The New York Times that he is willing to speak under oath to Special Counsel Robert Mueller. Trump claimed to be enthusiastic about the prospect of speaking to the man leading the investigation of Trump campaign ties to the Russian governmet.

“I’m looking forward to it, actually,” he said. Of course, Trump’s past promises to reveal information don’t exactly bolster confidence that the conversation will really take place. For years, Trump teased that he would reveal his tax returns, and more than a year into his presidency, we’re still waiting.

Remember, back in 2015, Trump said, “I would certainly show tax returns if it was necessary,” in a radio interview with Hugh Hewitt. When pressed on how many years’ worth of returns he’d turn over, Trump didn’t give an answer.

Nearly a year later, in January 2016, Trump told NBC’s Chuck Todd, “We’re working on it right now, and at the appropriate time you’ll be very satisfied.”

The following month, Trump was back on Hewitt’s show, and said, “We’ll get ’em out at some point, probably.” In that same conversation, when Hewitt asked if it would be soon, Trump said, “I don’t know, I’ll have to ask my accounting people.”

This sounds an awful lot like what Trump told the Times about speaking with Mueller. At one point, Trump did say he would do it, saying, “I would love to do that — I’d like to do it as soon as possible.” He was also careful to qualify this by saying, “subject to my lawyers, and all of that.”

To this day, Trump has yet to release his tax returns, claiming that his “accounting people” advised him not to because he was being audited. By saying that his interview with Mueller depends on the advice of his attorneys, Trump is preparing a similar defense. He can keep saying how much he’d like to speak with Mueller, while using the excuse that his lawyers won’t let him.

So, when will Trump finally speak with Mueller? Well, he said it could be “two to three weeks,” but it seems likely it’ll happen around the same time he releases his tax returns. As in, never.