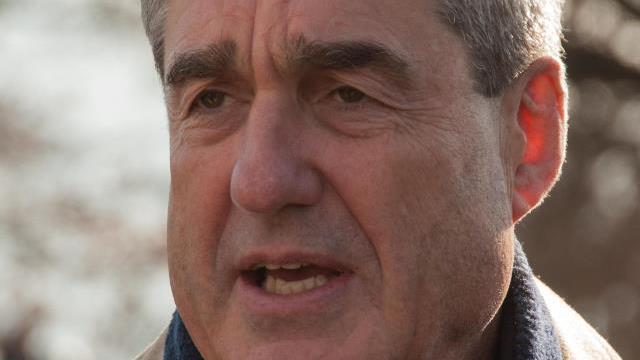 The legal-political world blew up Thursday night with news from the New York Times that President Donald Trump reportedly ordered the firing of Special Counsel Robert Mueller last June. Mueller is overseeing the government’s probe into whether or not Russia interfered in the election.

The Times says Trump’s attorneys — which sounds like it means Trump’s personal attorneys — scrounged around for reasons for the firing. As I will explain, those reasons have no real basis in the law and are what we would consider a major legal stretch. According to the Times, those reasons are as follows.

(1) Trump National Golf Club Fees Dispute. This is ridiculous to the tenth degree. Trump reportedly thought he should fire Mueller because a fee dispute led Mueller to give up his membership at Trump National Golf Club. Hysterically, this is the first time we’ve seen this spat come up as a reason to fire Mueller, but we guess we should have seen it coming:  it’s been wafted about before. Indeed, Mueller’s spokesperson went so far as to tell the Daily Mail last July that Mueller left the club in 2011 “without dispute.” So, if we’re to believe Mueller, there was no dispute in the first place.

Additionally, Mueller, a lawyer, surely knows how to judge and interpret conflicts of interest. Conflicts of interest are to lawyers like knives are to chefs:  they’re our tools, and they can pose a danger, but we know what they are and know how to deal with them without cutting our fingers off. This ain’t a conflict of interest. Being adversarial to someone at one point does not ban an attorney from being adversarial to a person at another point. What’s banned under the professional conduct rules is being on someone’s side at one point, then later being against that person. The rules also ban business transactions with clients, but Trump is not and never has been Mueller’s client here.

We’re not convinced this is a conflict, but we do think it’s hysterical that Mueller resigned from Trump National the same year Trump started peeing in the snow around the Obama White House regarding whether President Barack Obama’s birth certificate was fake. Trump leveraged that issue into a few serious and high-profile hint-drops that he had serious political ambitions of his own. We’re completely speculating here, but Trump was starting to really heat himself up politically in 2011, so maybe — just maybe — Mueller wanted to leave the golf club specifically to avoid a conflict of interest in associating socially with an increasingly vocal political figure.

(2) Interviewing For FBI Director. Trump reportedly also wanted to fire Mueller as special prosecutor because Mueller interviewed for the job as FBI Director to replace the recently-toppled James Comey. The interview to replace Comey occurred one day before Mueller got picked as special counsel. Well, in the words of Motivational Speaker Matt Foley, “la-dee-frickin’-da!” A job interview for one job and then a selection for another job is not a conflict of interest. Let’s say a lawyer interviews for a transactional job at her dream law firm. The next day, the firm calls her back and says, “hey, we really liked you, but we’d like to offer you a job as a litigation associate instead.” No lawyer in her right mind would say, “um, no; even though I used to practice writing your firm’s name in my notebook during law school lectures, I’m not going to accept that position because it’s a conflict of interest — I interviewed for a different job, after all.” That’s never gonna happen.

Mueller was a logical choice to interview to replace Comey. Comey’s departure was forced and relatively swift, and Mueller used to be the FBI director. Mueller would have been able to ease in, perhaps on an interim basis, while a search continued. This happens all the time in many different businesses. It’s why “retired” school superintendents “fill in” as “interim superintendents” at local school districts, and it’s why CBS News named interim anchors after the hasty departures of Dan Rather and Scott Pelley. This sort of stuff happens all the time. It’s not a conflict.

(3) Mueller Worked For A Law Firm Which Represented Jared Kushner. We’ll admit:  this one gives us pause. If true, Trump kind of, sort of, makes a point here. The Times puts it this way:

The president also said Mr. Mueller could not be impartial because he had most recently worked for the law firm that previously represented the president’s son-in-law, Jared Kushner.

There are some questions about timing here that we’re not quite sure about. Mueller left the FBI as director on September 4, 2013, and worked at WilmerHale starting around March 24, 2014, according to a firm press release. He became special prosecutor May 17, 2017.

Under most state ethics rules for attorneys, conflicts are imputed throughout a firm. A conflict by one member of a firm is extrapolated to involve all members of the firm. However, the modern trend is to recognize a screening process:  so long as someone is screened from a transaction or work on a particular client’s case, the conflict does not exist.

Indeed, this has been examined before, and the issue was deemed a nothingburger by the DOJ experts who examined Mueller’s association with the firm and its clients, who include not just Kushner, but also Ivanka Trump and embattled former Trump campaign manager Paul Manafort. The DOJ review found that Mueller did not touch any of those client cases at WilmerHale, The Hill reported last May, and that Mueller could therefore ethically conduct a probe as special prosecutor for the DOJ. That decision came out in May, the month before Trump reportedly tried to order Mueller’s firing in June. Nothing to see here folks; move along; show’s over.

The bottom line here is that Trump’s temper tantrum about Mueller — assuming it happened — resulted in his handlers calming him down or reportedly threatening to quit rather than carry out orders to fire Mueller. Perhaps everybody — or at least a lot of people — realized that these three rationale, as reported in the Times, were hogwash. Sure, the might sound good politically, and they might score Trump supporters debater’s points, but they don’t make for a compelling conflict of interest case.

[Image via the FBI.]