Trump Blaming Another Person With Absolutely No Control of Russia Probe, For Russia Probe 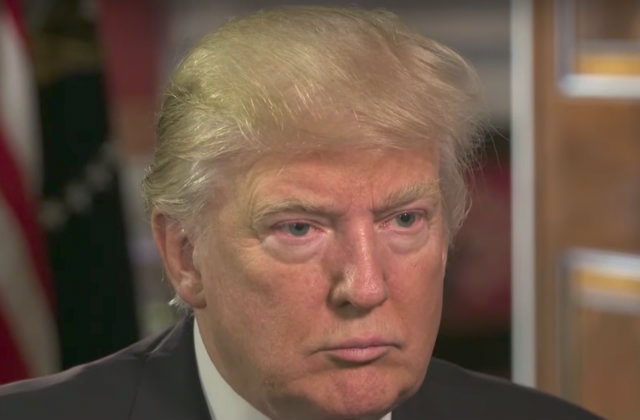 A Politico article Friday morning described an Oval Office meeting where President Donald Trump reportedly took out his frustration with the Russia investigation on White House Counsel Don McGahn. Sources said that Trump was upset that McGahn, a longtime Trump loyalist, didn’t nip the investigation at the bud.

Of course, McGahn has nothing to do with the investigation. “This is one of the misconceptions about the White House counsel’s office. Don represents the institution. What is going on with Russia and Mueller are matters involving Trump in his personal capacity,” a source said. “I am not sure the president completely understands how these roles are segregated.”

The way I see it, this is just another case of Trump blaming someone for his troubles other than the people actually responsible for them. He fired James Comey after the former FBI Director wouldn’t drop the investigation of his campaign’s activities, instead of being upset as his own associates for their behavior, which sparked the investigation in the first place. He then criticized Rod Rosenstein, his own pick for Deputy Attorney General, when Rosenstein wasn’t the one to initiate the investigation. Now, he’s also reportedly upset at McGahn, since the investigation now appears to be targeting Trump himself, when he really has no one to blame for himself.

None of this is helpful. If Trump had played it cool, the Russia investigation may have been over by now, as so far there’s no reported evidence of any actual collusion between the Trump campaign and Russia. Instead, the President’s own actions are what’s prolonged this, drawing attention to him in the process. Taking it out on people who have no real responsibility for what’s going on only lowers morale, which could very well produce more leaks, exacerbating Trump’s issues.

Of course, should that happen, I’m sure he’ll find someone else to blame.