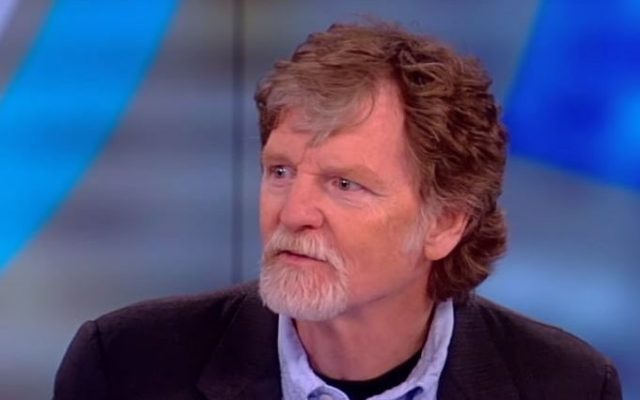 Today’s the day! The Supreme Court of the United States will be hearing oral arguments in Masterpiece Cakeshop, Ltd. v. Colorado Civil Rights Commission, and it’ll be the next step in settling that whole “who has to bake cakes for gays” question once and for all. Putting aside the unmitigated stupidity of even having to decide this case in the first place, let’s just get up to speed.

This is an appeal from the Colorado Civil Rights division Five years ago, Charlie Craig and David Mullins went to Masterpiece Cake Shop, a Denver-area bakery, to order a custom-designed wedding cake for their upcoming wedding. What Charlie and David hadn’t bargained for, though, was that the bakery’s owner, Jack Phillips, was one of those discriminate-in-the-name-of-Jesus types. He refused to make the cake, and recognizing discrimination when they saw it, Craig and Mullins sued.

Colorado state law forbids discrimination on the basis of sexual orientation in areas of public accommodation.

If you’re thinking, “Masterpiece Cake Shop seems to have pretty obviously violated the Colorado state law,” you’d be right. Phillips has two defenses: 1) any law prohibiting him from discriminating against LGBT people is violating his freedom of religion; and 2) he’s an artist, his cakes are art, and forcing him to make a cake for a same-sex couple violates his freedom of speech. Let’s take a look at the legal issues involved.

“Congress shall make no law respecting an establishment of religion, or prohibiting the free exercise thereof.”

Generally, this has always meant that the government can’t regulate what people are allowed to believe, but can regulate how we behave. Following the Civil Rights Movement, SCOTUS issued some rulings that permitted people to break laws when those laws directly interfered with religious practices. Seventh-Day Adventists, for example, were legally protected from requirements that they worked on their Sabbath, and Amish families were exempt from having to send their kids to high school. The Court even insisted that Florida must allow the practice of Santeria, animal sacrifices and all, on the grounds of legitimate religious expression.

But legal exemptions on the basis of religion have been far from unlimited. The Tax Court was quick to call bullshit on the Quaker lady who claimed paying federal income tax violated her religion. Even Justice Antonin Scalia, a devoutly religious man and a champion of religious values, wasn’t about to allow Native Americans to violate drug laws during religious ceremonies. Until recently, though, we’ve never seen a case in which religion was used justify behavior so attenuated from actual religious practice.

On the free speech claim, Jack Phillips’ contention amounts to, “I’m not a just a baker, I’m an artist.” Under the law, there is no question that a writer could not be legally compelled to write a book, or that a singer could not be compelled to sing a song. Therefore, according to Phillips, he cannot be compelled to bake a cake that he finds objectionable. The Trump Administration, in its zeal to buoy right-wing bigotry, has taken the position that cakes are indeed a form of expression for which the First Amendment provides protection.

Craig and Mullins argue that “no reasonable observer would understand the Company’s provision of a cake to a gay couple as an expression of its approval of the customer’s marriage, as opposed to its compliance with a non-discrimination mandate.” I’d argue that we’re pretty far from the land of what’s “reasonable” here, and that anyone who has ever been to a bakery knows that the sale of a cake doesn’t mean a damn thing about what the customer or the baker think about one another. I suppose if Masterpiece were really concerned that the general public might mistakenly believe its owners to be tolerant, law-abiding citizens, it could always just post a disclaimer. I’d also suggest that such concerned individuals do a little research on the Jim Crow era; I’m fairly certain that business owners who grudgingly allowed blacks to sit at lunch counters still maintained their reputations in their communities as hateful, racist bigots.

What’s at Stake in Today’s Argument:

Far more than cakes. Logic like what Masterpiece is promoting – that a legal right to discriminate is necessary to preserve someone’s their religious beliefs– is logically the same as a law that would allow doctors to refuse to treat children of same-sex couples. Or one that would allow police to refuse to protect victims of gay-bashing. And it’s not a slippery-slope. It’s bone-dry flat land, where the law is twisting the idea of “religious freedom” into something that it just isn’t. If merely providing services to, or employing a person who is different, truly violates religious beliefs, then there’s no logical basis to stop with wedding vendors. It would have to follow that anyone in any line of work could choose which people they will tolerate and which they will shun.

The 2017 version of “religious freedom,” is a grotesque reimagining of both religion and freedom. Never, in all of American history, has it ever been the rule that a free exercise of religion requires that a person enjoy the company or share the beliefs of everyone around him. And as offended as I am over the hatred underlying Masterpiece Cake Shop’s arguments, I’m more insulted by the overwhelming lack of logic being peddled. We are an informed society. We know the difference between preserving a sacred religious practice – even one we dislike – and using religion as a subtext for evil.

Americans of faith who honestly value religious freedom should be outraged by the way “religion” is being defined in this case. Those who exercise the discipline and effort required by a devout life should be disgusted that their sacred practices are being equated with the choice of a bigoted pastry chef to tolerate the human beings around him. But until someone puts an end to this system of “I don’t like you, so I’m going to say you violate my religious beliefs,” I’d like to go on record.  The owners of Masterpiece Cake Shop offend my moral convictions. So do all the homophobes out there trying to distort the law for their own exclusionary purposes. Still, I know damn well that my disgust, no matter how sincere, is not grounds for me to disregard federal law. See how simple that was?