Sorry, #MeToo Proponents, The Met Should Not Remove This Painting

When I first learned of the petition to remove Therese Dreaming from the Metropolitan Museum of Art, I was torn.

On the one hand, I’m not a big fan of censorship of art; on the other, I’m really not a big fan of pedophilia. Balthus’ painting pretty clearly shows a sexualized image of a young girl, and by all accounts, Balthus himself was kind of a creeper. In today’s world, in which every news cycle pushes down the next #MeToo domino, rethinking that which we revere isn’t a bad idea.

I put together a petition asking the Met to take down a piece of art that is undeniably romanticizing the sexualization of a child. If you are a part of the #metoo movement or ever think about the implications of art on life, please support this effort. https://t.co/gcCAFDe749

Mia Merrill’s tweet and corresponding petition reminded me immediately of the debate over statues. When the issue was slave-owning, rebel-flag-waving Confederate “heroes”, the answer was obvious: get these statues out of the town square and away from any place of honor. Throw them in a museum if we must, but do whatever’s necessary to demonstrate that we know better now. The difference though, lies in the context. A statute in a public park makes the statement that “we” honor its subject. The implicit glorification is inextricable from the statue’s display. The Metropolitan Museum of Art, venerated an institution as it may be, however, does not have the platform of even the smallest town square. The Met does not speak for society. It speaks for art. And that is quite different.

The museum has refused to remove Therese Dreaming. In response to the petition’s 8,000 supporters, the Met’s chief communications officer, Ken Weine, said,

“Moments such as this provide an opportunity for conversation, and visual art is one of the most significant means we have for reflecting on both the past and the present and encouraging the continuing evolution of existing culture through informed discussion and respect for creative expression.”

I am glad for Merill’s petition. I hope it reaches a lot of people. I also hope it fails. Let’s be clear: This isn’t “censorship.” The Metropolitan Museum of Art is a private institution; accordingly, what paintings it does and does not hang on the walls are called “choices.” By contrast, “censorship” is what the government does when it seeks to silence someone (see, e.g., the treatment of composers Prokofiev and Shostakovich under Stalin). This is art. In an art museum. Let’s all get a grip.

The point of art is to touch us, to inspire us, to repulse us, to enrage us. If we sanitize art, we will do so to our own detriment. I don’t think anyone would argue that Michelangelo‘s Leda and the Swan promotes rape: 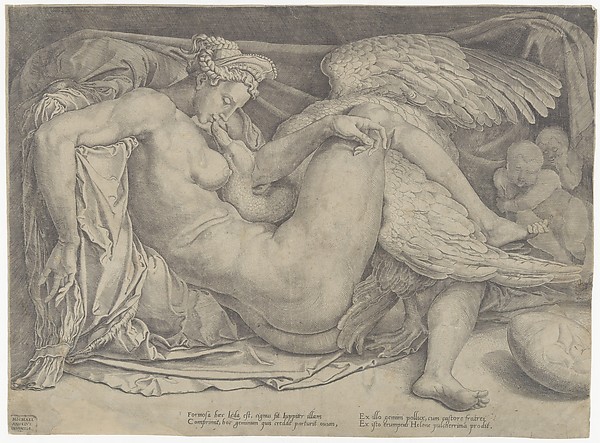 …or that any of the zillion paintings of this scene glorify murder: 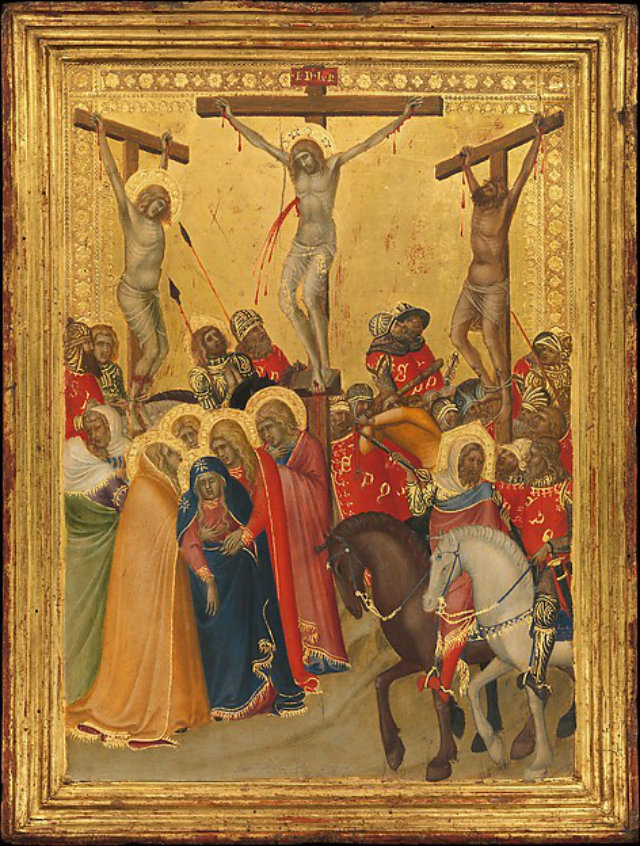 Art, when done well, does not normalize the repugnant. Rather, it gives us the rare opportunity to examine our flawed selves, such that we may recognize what is questionable, and detest what is worthy.  Any quest to strip museum walls of mis-sexualized art misses the entire point of the #MeToo movement. Our society has [finally] chosen to open its collective eyes to sexual misconduct; we are now recognizing sexual predation in places previously unnoticed. The truth that pedophilia and other sexual misconduct lies not only in what we find ugly, but also in what we find beautiful isn’t any less valid for its lack of palatability.