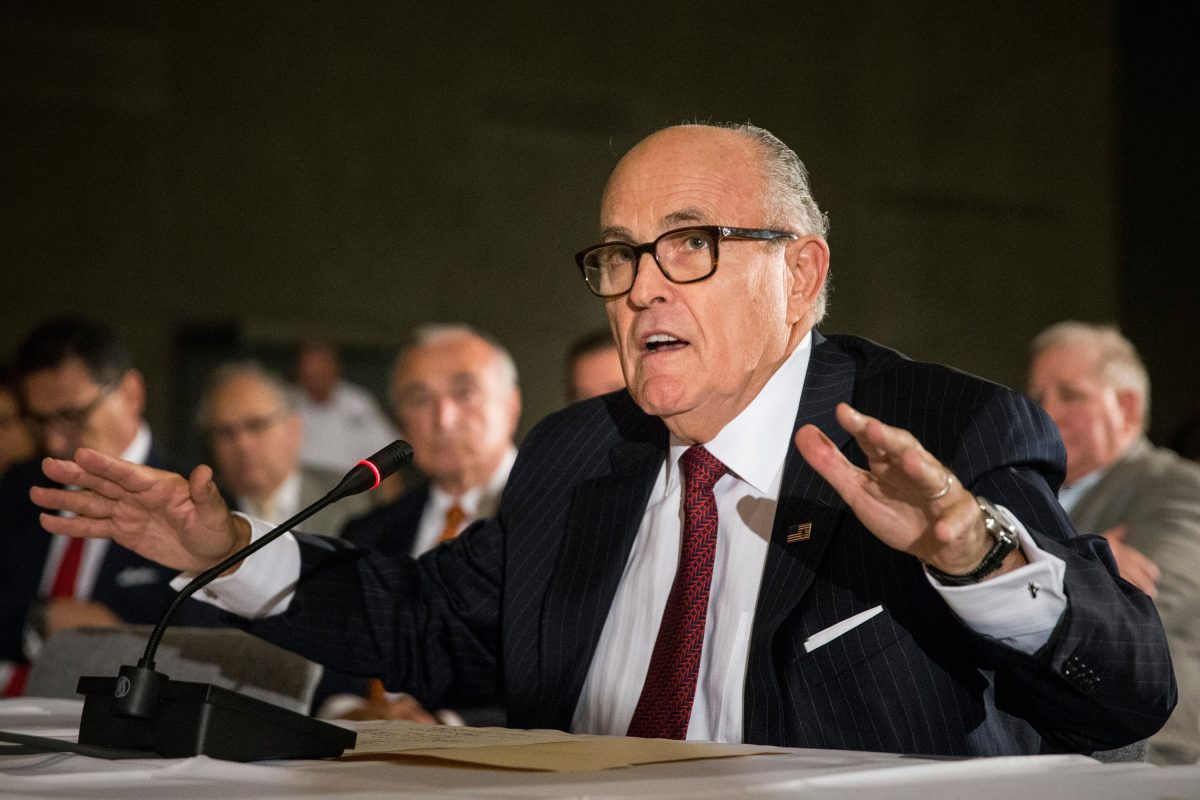 In the wake of the FBI’s search of Trump attorney Michael Cohen‘s office on Monday, Giuliani told The Washington Post that this sort of thing — seizing a lawyer’s records, including communications with his clients — is just something that happens, and doesn’t necessarily mean anything.

“Is this surprising? Yes,” Giuliani told the newspaper. “Is it extraordinary? No. This is the way prosecutors get information — sometimes to convict and prosecute, sometimes to exculpate.”

As a former prosecutor, I can tell you the number of times that I’ve heard of the government getting a search warrant and raiding anyone‘s office, let alone a lawyer’s, for the purpose of proving someone not guilty (exculpating): it’s zero. Sure, if prosecutors come across information that exculpates a suspect that’s one thing, but it’s not the purpose of a raid. The purpose of a raid — and the legal standard required for getting a warrant to conduct one — is the exact opposite. Law enforcement officials must provide evidence to a judge that they have probable cause that a crime was committed and that the materials they’re searching for are connected.

When the target of a search is an attorney’s office, the standard is even higher, because of attorney-client privilege. A senior law enforcement official told CNN’s Jake Tapper that a raid like the one on Cohen’s office must have been conducted because Cohen was either not cooperating with an investigation, or they believed he was destroying evidence.

Also says “there’s a really high standard for a raid on a lawyer’s office. Not just the president’s lawyer – any lawyer. Either they proved that he was so uncooperative they couldn’t get the information from subpoena or they had proof there was destruction of evidence.” https://t.co/S6i0HQhLm3

In other words, this isn’t just “the way prosecutors get information.” It’s the way they get information in extreme circumstances. Prosecutors can gather information in a number of ways: interviewing witnesses, requesting documents, subpoenas, to name a few. Raids like the one that took place on Monday are conducted when the other methods won’t work. Not only that, to go after communications between an attorney and a client, prosecutors have to have reason to believe that those communications were used in furtherance of a crime or fraud.

If the feds ultimately don’t find anything as a result of their search, then sure, Cohen might be exculpated, but that’s certainly not the purpose of this operation. It’s also not the likely result, given the extreme measures that were used.

Ronn Blitzer is the Senior Legal Editor of Law&Crime and a former New York City prosecutor. Follow him on Twitter @RonnBlitzer.