Robert Mueller Will be Next to Hear ‘You’re Fired!’ from Trump 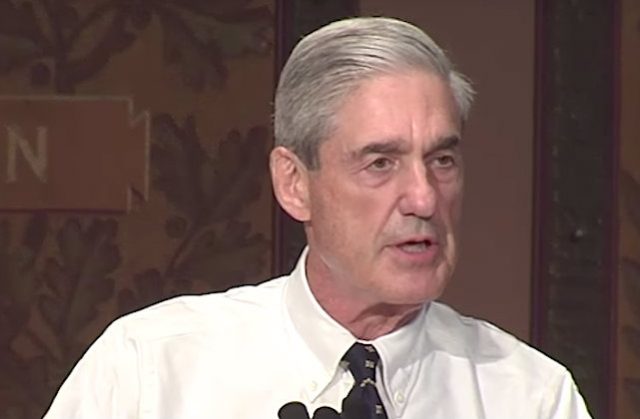 We’ve seen it before, and we’ll see it again.   There is no phrase Donald Trump finds to be a better manifestation of his imagined omnipotence than, “you’re fired!” In fact, Trump’s penchant for the involuntary termination has become the one part of his brand that is actually authentic; he isn’t actually a brilliant businessman, and he doesn’t actually tell anything “like it is” – but he sure does fire people.

Now that special prosecutor Robert Mueller will be paying some close attention to Donald Trump, Jr., the president is almost certain to make Mueller his latest victim. After Trump Jr’s bizarre tweet this morning, legal experts agreed that things don’t look good for the First Son. Since Papa Trump will no longer be able to claim that “there’s no there there,” he’ll likely have to choice but to protect his young by calling off the top dog.

When it happens – and let’s face it, you know it will – the usual factions will make the usual claims. The outraged masses will proclaim Mueller’s firing to be the final insult that caused them to reach their breaking point. Trump’s base of lemmings will declare that they’ve always known that the president has the power to fire an independent prosecutor.

But what’s actually true here? Can POTUS unilaterally fire the very guy who has been appointed to investigate him? Well, kinda.

As my LawNewz.com colleague Rachel Stockman explained last month, the “right” way for a president to fire the special counsel would be to direct the Attorney General to remove him from his appointed position. That’s how Richard Nixon tried to fire the Watergate special prosecutor, Archibald Cox. Both Nixon’s Attorney General and his Deputy Attorney General refused to fire Cox, so Nixon kept going down the chain until he found someone who would do his bidding (that someone ended up being Robert Bork – the then Solicitor General, who ended up on the short list of failed Supreme Court justices). Trump may direct Deputy Attorney General Rod Rosenstein to fire Mueller (he can’t direct Jeff Sessions to do it, because Sessions is recused from the whole Russia matter) – and we’d be left to see if such a boldly self-serving decision has the same effect on 45 that it did on 37.

Trump, though – a man who has become famous for wielding unprecedented power in unorthodox ways –could choose another, less predictable and more dramatic road to ending Mueller’s tenure as independent counsel. He could declare that as the chief executive, he can unilaterally remove any other executive officer. There is some precedent for this concept, although none of that precedent involves a sitting president firing someone investigating him for allegedly conspiring with a foreign enemy to rig an election. In the 1926 Supreme Court case of Myers v. United States, SCOTUS ruled that President Woodrow Wilson didn’t need the approval of the Senate (or anyone else) in order to fire a Postmaster (even though appointing someone to that same position did require such approval).

Obviously, a Postmaster, whose job is to oversee a post office, is a little different from a special prosecutor whose job is to investigate the president for criminal wrongdoing, so there’s that. But the role of independent counsel came up again in the 1988 Supreme Court case Morrison v. Olson. The case itself wasn’t about then-president Reagan’s authority to fire the independent counsel, but rather, about the scope of the counsel’s power itself. Central to the case’s holding was the underlying tenet that the independent counsel is an “inferior” executive officer, who reports solely to the executive branch.

Trump’s legal team has proven time and again that it’s happy to string together bits and pieces of legal precedent to create a patchwork argument that justifies POTUS’ unsound actions. Its take on Trump’s eventual firing of Robert Mueller is bound to be no different. Papa Trump is bound to rush to FSOTUS’ rescue, and I wouldn’t be a bit surprised this firing were done in time for sweeps week, just like it was when Omarosa was on the chopping block. Whether Mueller will become Trump’s sworn enemy, as has been the case with James Comey, or whether Mueller will rise again in Trump’s esteem, like Ms. Manigault did, is unclear.   We’ll have to wait for the season finale to find out.