Response to Officer Nero’s Acquittal is Outrageous and Irresponsible 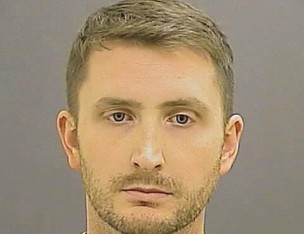 A Baltimore judge on Monday found police officer Edward Nero not guilty on all charges brought against him over the death of Freddie Gray.  Thankfully, the acquittal has sparked little outrage thus far in Baltimore.  There was some fear that a not guilty verdict might cause the city to erupt in violence again, but there were only a handful of demonstrators outside the courthouse that remained peaceful after the verdict was rendered.  However, that hasn’t stopped some media outlets and talking heads from seemingly attempting to whip up outrage.

A day after the verdict, CBS This Morning host Charlie Rose told viewers that the not guilty verdict “shows, again, how hard it is to convict officers accused of serious crimes.”

CNN contributor Marc Lamont Hill took to Twitter to blast the verdict as the latest example that racism is alive and well in this country.

The acquittal of the Baltimore Officer is yet another reminder that Black life isn’t worth much in this nation.

The “not guilty” verdict is also a reminder that the criminal justice system is not designed to yield justice for dead black bodies.

The Guardian newspaper wrote an article that focused on the frustrations of local activists that believe the Nero verdict was inevitable because the system is rigged in favor of cops.

A Baltimore Sun report also focused on the lack of outrage and sense of resignation amongst some activists about the Nero verdict.

Activist DeRay Mckesson, who was out of town when the verdict was read, told the Baltimore Sun the verdict was “not unexpected.”  He added, “The Nero verdict is a reminder that we must continue to push for policies and laws related to the police department that explicitly call for the preservation of life and that have clear lines of accountability.”  Mckesson expressed similar sentiments Monday night during interview with Fox News host Megyn Kelly.

The same report also included a statement from the NAACP Legal Defense Fund president Sherrilyn Ifill  who, like Charlie Rose, apparently believes the verdict is an example of how difficult it is to convict a police officer.

“While the court found Officer Nero not guilty of any criminal liability, his trial like those of the others associated with the death of Freddie Gray has finally laid bare the long-standing problem in Baltimore of police stops of African-American men without reasonable suspicion or probable cause,” Ifill said.

It is clear from Ifill’s remark that she never even read the verdict.  If she had, she would know that even the prosecutors admitted the officers had a right to stop Freddie Gray.

“The state concedes that pursuant to Wardlow and Terry, that [the officers] had a right to stop Mr. Gray…,” the judge wrote in the verdict.  Wardlow and Terry are two landmark Supreme Court cases that set forth the circumstances when officers may detain suspects with reasonable suspicion.

All of these commentators and media outlets are, of course, perfectly free to write whatever they wish about the case. Although, if the ultimate goal is bring about meaningful reforms, they need to recognize that the Edward Nero verdict is not the appropriate case to make such an argument.  Officer Nero’s case never should have gone to trial.  In fact, he never should have even faced charges.  This in an inescapable conclusion for anyone who has read Judge Barry G. Williams’ verdict.  Here is why.

As Judge Williams explained in his verdict, “Based on the evidence presented, this court finds that the state has not met its burden to prove beyond a reasonable doubt all required elements of the crimes charged.”

Surely activists do not wish to start charging police officers when they were not even present at the alleged crime scene.

Judge Williams also found that the it would not be appropriate to charge Officer Nero based on the conduct of other officers.  By the time Officer Nero did touch Gray he had already been detained and arrested and the judge found he had no reason to question why Gray was arrested. Furthermore, all Officer Nero did was briefly touch Gray’s legs to boost into the police van while another officer took control of Gray once he was inside the van. This occurred approximately one block away from where Gray was initially loaded into the van.

This court does not find that a reasonable officer similarly situated to the defendant, at the point where there are people coming out on the street to observe and comment, would approach the lieutenant who just got out of the van to tell him to seat belt Mr. Gray or make an inquiry concerning the issue of whether or not Mr. Gray has been seat belted. There is no evidence that this was part of his training, and no evidence that a reasonable officer would do the same.

“The court is not satisfied that the state has shown that [Officer Nero] had a duty to seat belt Mr. Gray, and if there was a duty, that the defendant was aware of the duty,” the judge concluded.

A conviction based on this theory would essentially set an unreasonable precedent that would lead to all police officers to second-guess each other out of fear of being charged criminally.

Pursuing sensible police reforms is a noble cause and there is plenty of work to be done.  However, activists and the media do themselves no favors when latching on to cases like that of Officer Nero and even Darren Wilson where a review of the facts make it clear the officer’s actions are not criminal.