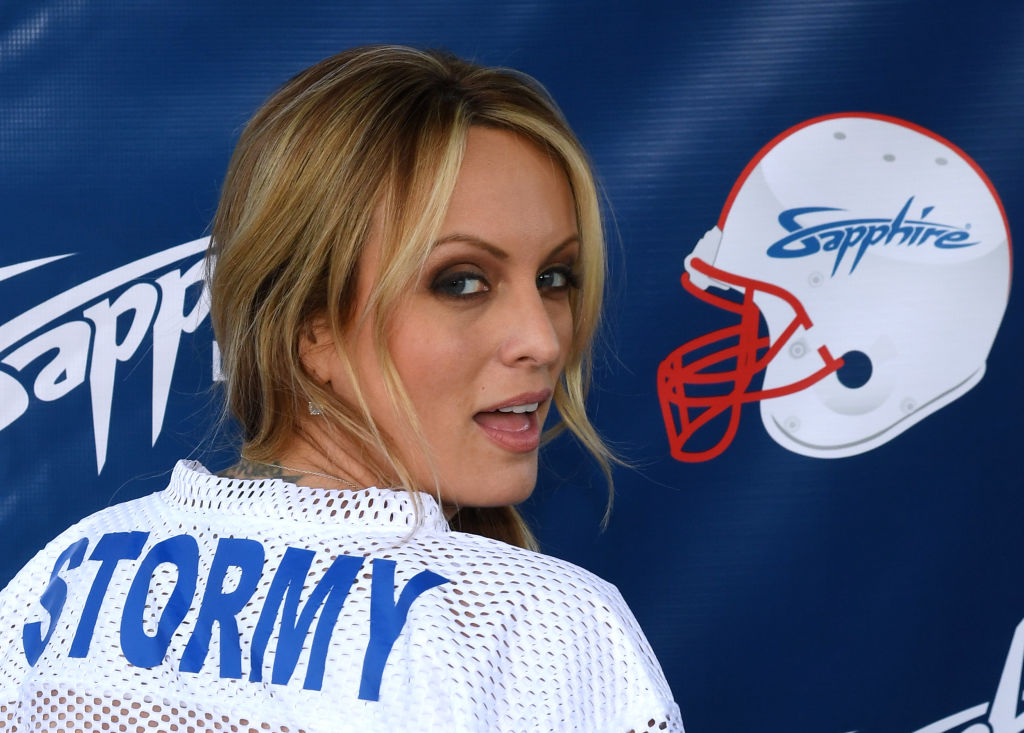 Stephanie Clifford (a.k.a. Stormy Daniels) is asking for a declaratory judgment that there is no valid contract currently existing between herself and Donald Trump (or David Dennison, if you prefer). Clifford’s case could be won in two main ways: 1) the court could decide that no contract ever actually formed between the two parties; or 2) the court could decide that a contract did form, but that said contract is currently void or unenforceable for some reason. If the court sides with Clifford on either ground, it would mean that she is free to disregard any non-disclosure obligations and tell (or sell) her story to the world.

On the issue of contract formation, Clifford’s case is anything but rock-solid. Sure, it appears Donald Trump never actually signed the “Hush Agreement,” but sometimes, signatures aren’t all that necessary. In cases where one party substantially performed as if he had signed a contract, courts tend to find that his performance is enough evidence that a contract existed. In other words, courts think just like the public thinks: if a guy pays $130,000 to a porn star, and that porn star shows up with a written contract, then there was probably an agreement between the two, even if the contract only has one signature. Yes, there may be some grey area here given that Michael Cohen, and not Trump himself, funded the hush money, but given that Trump would clearly be considered an intended beneficiary of this contract, it might not matter. It doesn’t seem all that likely that a judge would buy a “Contract? What contract?” argument if Team Trump made it, and that argument seems only slightly more plausible coming from Ms. Clifford.  Plus, as attorney Lisa Bloom pointed out, it’s entirely possible that attorney Michael Cohen’s signature will be deemed sufficient to bind his client, and thereby form a valid contract.

Here’s what may be fatal to Stormy’s case. Her agreement says that it’s between EC, the company Michael Cohen set up, AND/OR DD [defendant, Trump], and PP (Stormy). Cohen signed for EC. AND/OR means Cohen’s signature for EC alone, without Trump’s may be enough. Plus she was paid.

That hardly means, though, that Clifford’s case is a loser. She’s got quite the solid argument for unenforceability of a contract that did, indeed, form. Contracts, you see, aren’t supposed to create unfairness. Although courts won’t micromanage the terms of an agreement, they’ll refuse to enforce contracts when doing so would clearly constitute injustice. Typically, courts will refuse to enforce contracts if either the terms of the contract are patently unfair to one party, or if there is some kind of serious power differential between the parties. And if we’re talking power differentials go, I think we’d be hard-pressed to find a more disparate pair than the soon-to-be president and an aging porn star.   If the court finds either the contract’s terms, or the circumstances of the contract’s formation were far more favorable to Donald Trump (or Michael Cohen) than they were to Stephanie Clifford, there’s a good chance the court will refuse to enforce the entire contract, regardless of what it may contain.

There is also the possibility that the court will recognize the existence of the contract as a whole, but zero in on one highly-suspect provision: the liquidated damages clause. Contract terms that spell out exactly what one party would have to pay in the event of a breach, those terms are referred to as “liquidated damages clauses”; in California, like most states, liquidated damages clauses only work if they constitute a reasonable forecast of what actual damages might be. Those that are too high will be deemed an unenforceable “penalty”. Here, the contract obligated Clifford to pay $1,000,000 in damages – a figure that, at almost eight times the price of the contract, sure sounds like a penalty to me.  Looks like I’m not the only one.

Finished reading the confidentiality agreement. Very one sided. She got $130k (very small amount for this type of matter), he got everything else. For example, nondisparagement. She can’t say anything bad about him, but he can say whatever he wants
She deserved better.

Beyond the tenets of basic contract law, Clifford also has some general advantage in this case. Know what isn’t going to be lost on the judge deciding this issue? That Stephanie Clifford isn’t asking for a dime. She’s just asking for the right to tell her story. Sure, we all know that telling that story has potential to set her up for life – but when it comes to lawsuits, those that ask questions always feel different than those that ask for money. In filing this lawsuit, Stephanie Clifford has become the master of her own story. As the plaintiff, she controls the narrative, at least for now. If she successfully plays the part of a starry-eyed girl who was bullied into silence, it’ll be her best role yet.