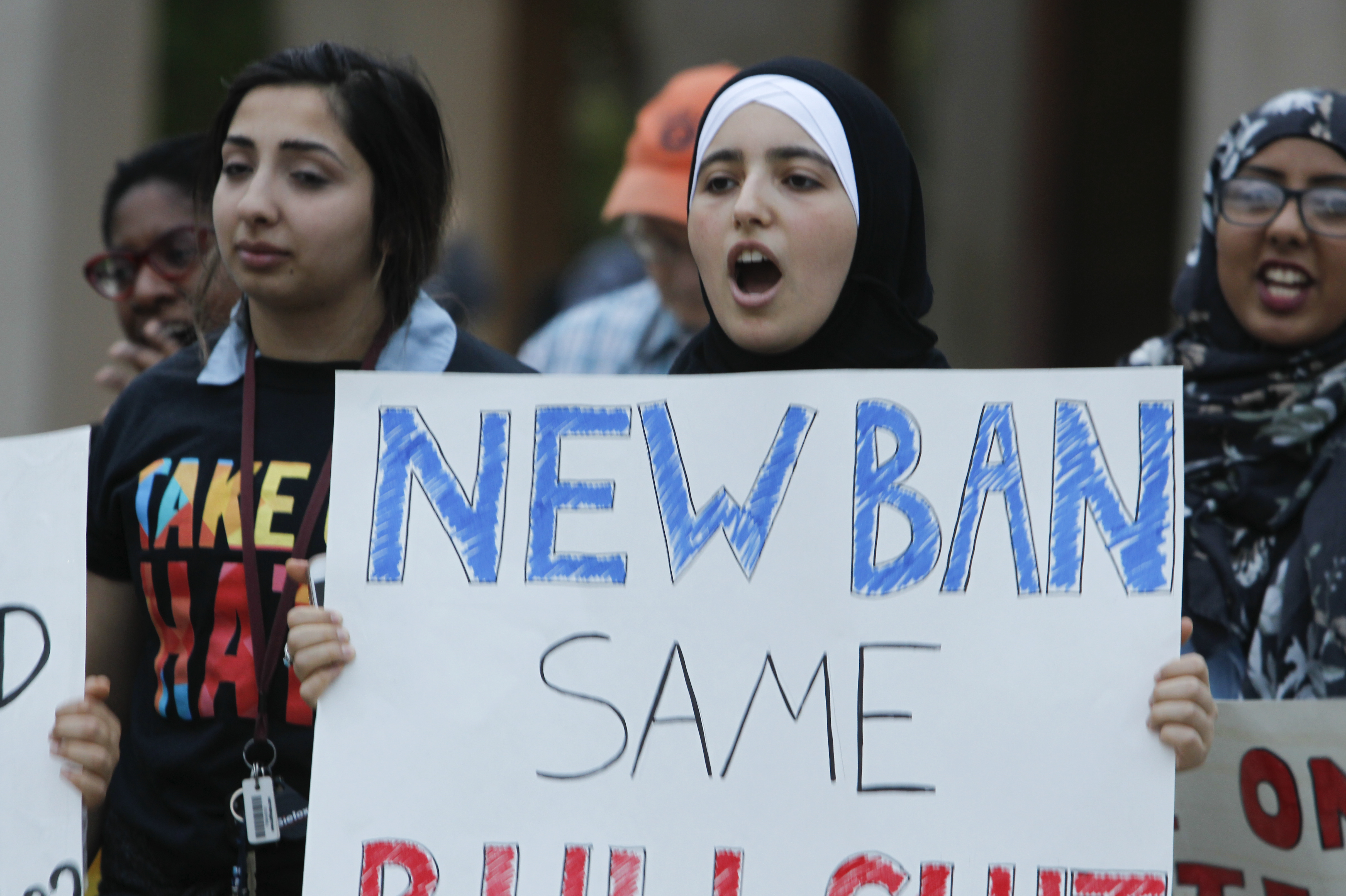 A federal appeals court on Thursday ruled against President Donald Trump‘s third travel ban targeting individuals from six Muslim-majority countries. And, due to one particularly offensive tweet, the court is now calling Trump’s policy for what it is: a Muslim ban.

On Thursday, in a 9-4 decision, the U.S. Court of Appeals for the Fourth Circuit affirmed a lower court’s injunction against the ban, citing Trump’s own words as proof that anti-Muslim animus formed the basis of the restrictive policy.

Clocking in at 61 pages, the court’s decision largely relies upon the First Amendment’s Establishment Clause, which prohibits government from disfavoring religion–in this case, Islam. And, on this point, the court is quite clear. At the top of page 28 in Thursday’s ruling, the court writes:

Examining official statements from President Trump and other executive branch officials, along with the Proclamation itself, we conclude that the Proclamation is unconstitutionally tainted with animus toward Islam.

For evidence of such animus, the court did not have to look too far. An August 27, 2017 tweet from the president reads: “Study what General Pershing of the United States did to terrorists when caught. There was no more Radical Islamic Terror for 35 years!”

Trump was referencing a story about a former U.S. general who is believed to have dipped bullets in pigs’ blood before executing alleged Muslim terrorists in the Philippines. This incident, of course, never happened, but remains a popular bit of resentment-and-blood pornography for Islamophobes and haram fetishists.

In any event, the court picked up on the import of Trump tweeting this false account of a romanticized Muslim massacre; the Pershing tall tale is mentioned in the context of Trump controversially re-tweeting three “disturbing anti-Muslim videos” originally promoted by an expressly anti-Muslim extremist group in the United Kingdom.

It’s almost possible to read the judges sighing and rolling their eyes as White House aide Raj Shah is quoted defending Trump’s re-tweets as the latest in a long series of comments on “security issues,” before he moves on to directly link those anti-Muslim videos to the ban itself. Of Trump’s highly-publicized commentary on Muslims and Islam, the court writes, on page 49:

[A]n objective observer could conclude that the President’s repeated statements convey the primary purpose of the Proclamation—to exclude Muslims from the United States. In fact, it is hard to imagine how an objective observer could come to any other conclusion when the President’s own deputy press secretary made this connection express: he explained that President Trump tweets extremist anti-Muslim videos as part of his broader concerns about “security,” which he has “addressed . . . with . . . the proclamation.”

In other words, the 4th Circuit was simply not there for the Trump administration’s legal arguments that the so-called “travel ban” wasn’t intended to target Muslims. This is because the Trump administration–starting with Trump himself–has always been fairly clear and lucid as to the purpose of the ban: it’s meant to keep Muslims out of the United States.

The late-in-the-game additions of North Korea and certain Venezuelan government officials to the ban were also called out for being little more than slipshod legalistic gloss intended to paper over the ban’s actual purpose. The court notes:

Here, a reasonable observer could hardly “swallow the claim” that the addition of North Korea and Venezuela to the twice-enjoined travel ban was anything more than an attempt to “cast off” the “unmistakable” religious objective of the earlier executive orders.

So, that’s two major points for abandoning the administration’s ludicrous framing of the ban as a common sense travel restriction due to terroristic potential: (1) Trump’s own tweets–which are official White House statements–betray the Muslim ban’s actual effect and purpose; and (2) the yawn-inducing restrictions on non-Muslim countries are, in academic terms: a whole bunch of bullshit that nobody’s buying.

Or, as ACLU Deputy Legal Director Cecillia Wang, who argued the case before the full U.S. Court of Appeals for the Fourth Circuit, said, “President Trump’s third illegal attempt to denigrate and discriminate against Muslims through an immigration ban has failed in court yet again. It’s no surprise. The Constitution prohibits government actions hostile to a religion.”