Melania’s Parents Just Got Green Cards, and They’re Being Super Shady About the Process 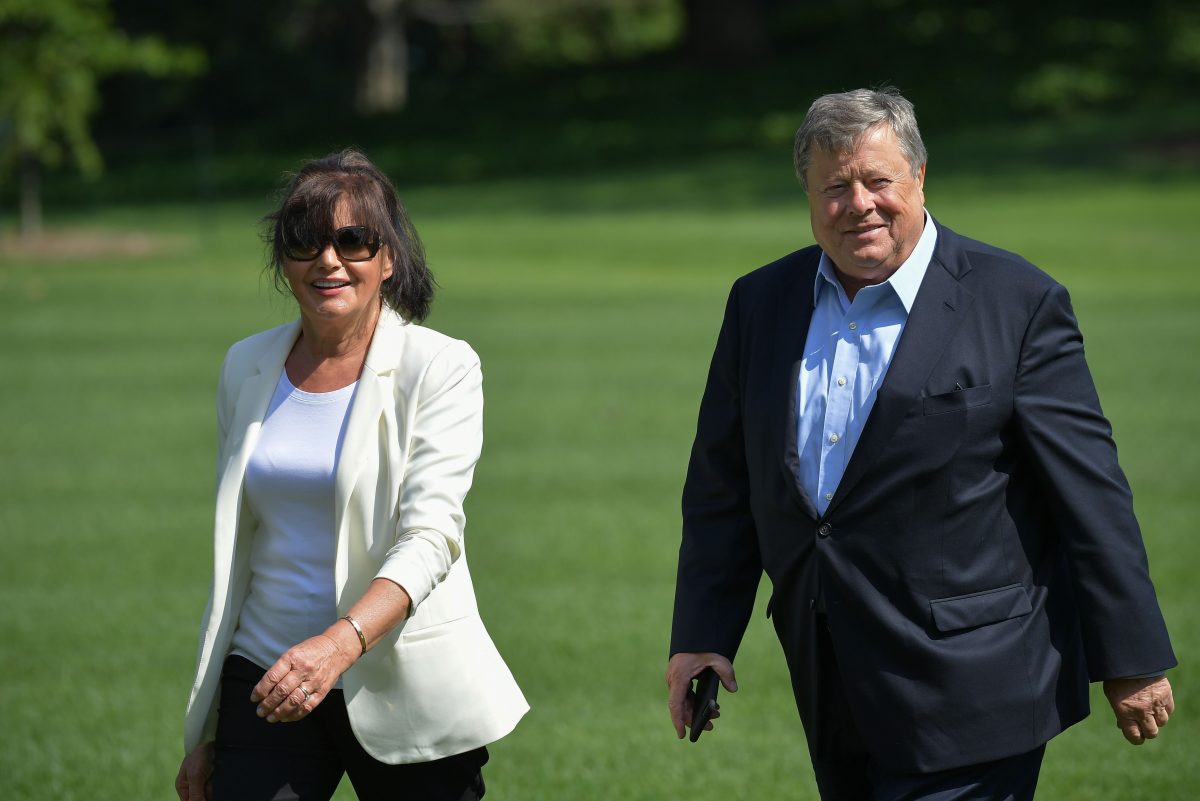 A person comes to the United States under the pretense of being a temporary visitor. That person travels using a travel visa under which the person is prohibited from working while in our country. That person flouts the rules and works during the time here anyway. Later, that person gets a green card and eventually becomes an American citizen. When the press discovers the inconsistencies in the person’s proclaimed immigration history, the person is evasive, and threatens the press rather than clarifies the history. Eventually, that person uses citizenship to obtain green cards for other family members, all while continuing to be secretive about the manner by which it was accomplished.

This may be the story of the Knavs family — Melania Trump (née Melania Knavs) and her parents, Viktor and Amalija Knavs. Through an attorney, the Knavses confirmed that they recently received lawful permanent resident cards – but when asked how they qualified for those green cards, their lawyer flatly refused to provide any details.  Details here are conspicuously absent, a characteristic that seems to pervade Melania Trump’s narrative when it comes to immigration.

For years, Melania Trump peddled a story about how she came to the United States as an aspiring model. She did some modeling while she was here (which included posing nude for the January 1996 issue of France’s Max Magazine), and according to the now-First Lady, she did everything by the book. Many times, she publicly gave some version of the following quote:

“It never crossed my mind to stay here without papers. That is just the person you are,” she said. “You follow the rules. You follow the law. Every few months you need to fly back to Europe and stamp your visa. After a few visas, I applied for a green card and got it in 2001.”

The program under which a model would travel to the U.S. and work is the “H1-b visa” program – the one set out for “highly-skilled workers”. It’s the same program that Donald Trump railed against, calling H-Ib visa-holders “temporary foreign workers, imported from abroad, for the explicit purpose of substituting for American workers at lower pay.” Trump vowed:

“I will end forever the use of the H-1b as a cheap labor program, and institute an absolute requirement to hire American workers first for every visa and immigration program. No exceptions.”

In addition to the absurdity of Trump saying “no exceptions” when he actually means “exceptions for people in my family,” there is also another little problem with Melania’s having come here under the H1-b program: her own statements about how she “followed the rules” and “traveled back and forth” from Slovenia every few months, cast some serious doubt on whether that’s actually how she came here. H-1b visas are valid for at least three and up to nine years and do not require their holders to return to their home countries for renewals. By contrast, the visas that do require renewal are B-1 (Temporary Business Visitor Visas) or B-2 (Tourist Visas). Those B-1/B-2 visas though, prohibit visitors from working while in our country.

When I called out all of the questions about  Melania’s statements about her immigration in an article on Law & Crime, our site was immediately contacted by Trump lawyers wielding threats of defamation.   Later, when it was clear that the media wasn’t going to back down, attorney, Michael J. Wildes finally gave details about Melania Trump’s immigration. According to Wildes, Melania Knavs first entered the United States on Aug. 27, 1996, using a B-1/B-2 visitor visa. Less than two months later, she received an H-1b visa from the U.S. Embassy in Slovenia to work as a model. Melania received five H1-b visas between October 1996 and 2001, and each visa was good for up to one year. In 2000, Melania self-sponsored a green card application based on her “extraordinary ability” as a model, and on March 19, 2001, she became a lawful permanent resident and a green-card-holder eligible for citizenship in 2006. Wildes provided exactly zero documentation to back up this account.

Now, Melania Trump is an American citizen; her parents are lawful permanent residents, possibly also on the road to citizenship. While the Knavses have released no information about the basis for their new status in the U.S., family-based immigration (what President Trump calls “chain migration”) would clearly be the most direct and likely way for Viktor and Amalija Knavs to have obtained green cards. Such a reality seems diametrically at odds with Trump’s campaign promise: “as president … I would be very, very tough on the borders, and I would be not allowing certain people to come into this country without absolute perfect documentation.”

CHAIN MIGRATION must end now! Some people come in, and they bring their whole family with them, who can be truly evil. NOT ACCEPTABLE! pic.twitter.com/PQGeTTdRtX

When I first looked into the inconsistencies in the public accounts of Melania Trump’s immigration, I spoke with Frank J. Riccio II, a criminal defense lawyer who regularly handles immigration matters. Riccio explained that the penalty for visa fraud can include scrutinizing and revoking every step of the immigration process – including revocation of citizenship and subsequent deportation: “Given the conflicting information about the type of visa used, there would be probable cause for an arrest.” The applicable five-year statute of limitations might well have prohibited any prosecution of Melania Trump  — but it seems to be that “probable cause” is a far cry from the “perfect documentation” that Donald Trump claims to demand.

The Knavs family’s immigration may be built on an incident of actual visa fraud; alternatively, the whole family may be law-abiders who simply have terrible judgment about when to be forthright with media. Either way, the issue isn’t whether Melania and her folks should be sent back to Slovenia because of a decades-old photo shoot. The real problem is that Donald Trump has mounted his entire presidency atop mistrust of immigrants and vows to ensure our nation’s safety with unwavering standards for all immigration.

Trump’s deport-now-ask-questions-later stance on immigration is wrong at its core. The quagmire that lives at the nexus of immigration law and immigration reality is a complex problem without simple solutions. However, even those who agree with Trump’s assessment that ending “chain migration” is a top priority should be outraged over the immigration of the Knavses and the corresponding secrecy about their methods. Either following the rules is important or it isn’t. Either clarity in the immigration process is important or it isn’t. There cannot be one set of rules for those who [pretend to] share beds with our leaders and a different set for those who do not.