McCabe’s Defamation Claim Against Trump is a Total Loser 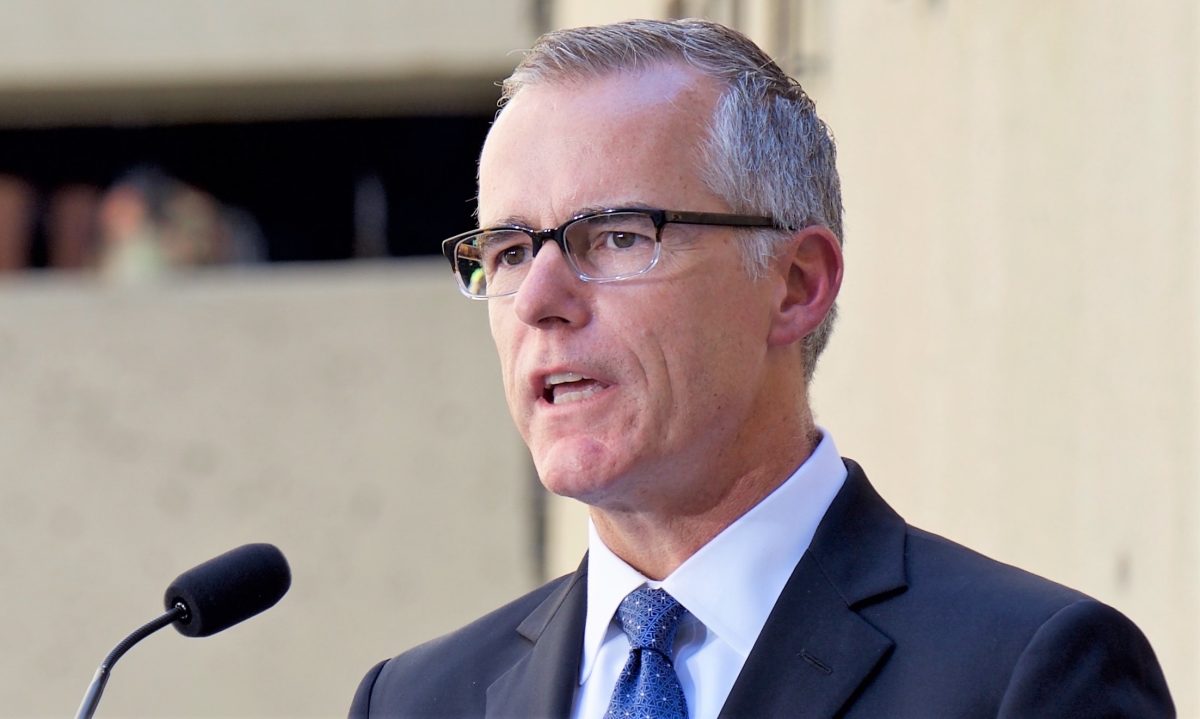 It seems as though since Donald Trump took office, each day brings about the need for new analysis involving the president and defamation. Today, news is breaking about a possible lawsuit brought by former FBI Director Andrew McCabe against the president (and possibly some other administration officials). While I completely understand both the burning desire to hold Trump accountable for his idiotic tweets as well as McCabe’s own personal grudge against the administration, defamation here seems like a real loser. I’m guessing that if a McCabe lawsuit weren’t guaranteed to make daily headlines, no tort lawyer in the world would touch this one – at least not on a contingency fee. Here’s why.

Andrew McCabe FIRED, a great day for the hard working men and women of the FBI – A great day for Democracy. Sanctimonious James Comey was his boss and made McCabe look like a choirboy. He knew all about the lies and corruption going on at the highest levels of the FBI!

DOJ just issued the McCabe report – which is a total disaster. He LIED! LIED! LIED! McCabe was totally controlled by Comey – McCabe is Comey!! No collusion, all made up by this den of thieves and lowlifes!

Trump’s statements about McCabe essentially add up to accusations that McCabe lied about media leaks of the Clinton investigation. Although falsely accusing someone of lying about a specific matter certainly could constitute defamation (see, e.g. Trump’s accusations against Summer Zervos and James Comey), for the lawsuit to have legs, the truth of the fact in question must be provable. Here, that’s going to be a bit of a problem.

As my Law & Crime colleague Aaron Keller analyzed last week, Trump isn’t the only one who has concluded that McCabe is a liar. The Office of the Inspector General issued an official report which found McCabe, “lacked candor,” and “knowingly provid[ed] false information in a verbal or written statement.” In fact, it was just that report that preceded Trump’s nastygrams about McCabe.

Maybe it’s just me, but if I’m a fact-finder in a defamation case, I’m going to defer to whatever the OIG’s office found in its official report. Michael Bromwich, McCabe’s attorney, certainly knows this, since he served as the Inspector General for five years.   And even if a judge or jury wanted to sift through the facts and allegations enough to determine that the OIG report was wrong, Trump would certainly have a defense that he had a good-faith belief that the report was correct when he issued the tweets. That good-faith belief would be helpful to the defense because of the next issue.

If McCabe were considered a “public figure,” he would have the additional burden of proving that any false statements made against him were made with “actual malice” – meaning that Trump knew or had reckless disregard for the veracity. Proving actual malice is never easy, but when a defamation defendant can point to an official report as his source of information, it becomes basically impossible.

Before anyone starts screaming about Bill Clinton and Paula Jones, just breathe. That case involved facts that occurred before Clinton took office – facts that had nothing whatsoever to do with Clinton’s official presidential duties. In 1982, the Supreme Court held in Nixon v. Fitzgerald, that presidents are absolutely immune from civil lawsuits stemming from their official acts as president. It’s worth noting that in the 5-4 SCOTUS decision, the court specifically mentioned that the president is not immune from criminal charges stemming from his acts while in office.

For McCabe to circumvent the immunity problem, he’d have to prove that President Trump’s tweets were purely personal, and not part of his official presidential duties – an argument that would be a little tough to win. Trump has often said that he uses social media to communicate directly with the American public; certainly if we were analyzing liability based on a weekly radio address or press conference, the Nixon v. Fitzgerald rule would cover the president with an impenetrable blanket of immunity. Sure, Trump’s tweets are infantile, self-serving, and grammatically disastrous – but they might very well be considered “official.”

On the flip side, in the unlikely event that Trump’s tweets were characterized as “personal” for purposes of immunity, he could argue that his tweets were nothing more than political (and thus, protected) speech.  Floyd Abrams, the well-known First Amendment attorney commented to Law & Crime today about McCabe’s possible defamation claim against Trump:

It’s not an easy libel case, even if Mr. McCabe could offer a strong defense of himself as a non-liar and the President as a congenital one. For one thing, the President would argue that the use of the word “liar” in that context is essentially political speech, a possibly persuasive argument. Moreover, I suspect that it will be a hard sell to a court that statements by the President about the former highest ranking FBI official are simply “personal.”

What’s more bad news for McCabe, although the past case law related specifically to POTUS as a defendant, it’s pretty likely that the rule would extend to other top administration officials.

If you’re thinking that it’s a little weird to make the most powerful people in the world immune from repercussions when they defame ordinary individuals, you’re not alone. Back in 1982, SCOTUS wasn’t as concerned, noting that because the President was subjected to constant scrutiny by the press, closely overseen by Congress, and subject to the threat of impeachment, he’d have a strong incentive to avoid misconduct. In other words, it was a different world back then.

In McCabe v. Trump, defamation seems like a real long shot. Better luck with the wrongful termination claim – that one may go a bit better.