In Terrifying Move, DOJ Secures Warrant to Get Info on More Than Million Anti-Trumpers 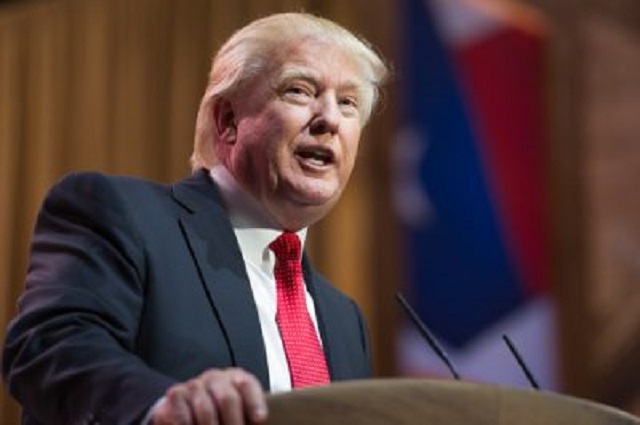 The United States government is investigating a violent protest that took place on January 20, 2017 in Washington, D.C., the same day President Donald Trump was inaugurated. As part of their probe, they are looking into an anti-Trump website, www.disruptj20.org, that they believe organized unlawful activity. On July 12, the government received a warrant to collect information from DreamHost, the company that hosts the site, which calls for “resistance” and “civil disobedience.” So far, the company has yet to comply, responding that the government appears to be going too far. If their interpretation of the warrant is correct, I’m inclined to agree.

According to court records, DreamHost’s attorney claimed that the warrant appeared to be “overbroad,” in that it asked for the IP addresses of more than 1 million people who have visited DisruptJ20.org. As of July 28, the company has not turned over any information, according to a motion from the government seeking to compel them to obey the warrant.

The Trump administration insists that nothing in the warrant is out of order, and that they are entitled to all of the information they want. DreamHost disagrees, and in a response that they filed with the court, they argue that the warrant violates the Fourth Amendment and endangers First Amendment rights to free speech. By demanding from DreamHost “every piece of information it has about every visitor to a website expressing political views concerning the current administration,” the government “aims to identify the political dissidents of the current administration,” heir filing says. They also claim that the government’s demand does not promise to destroy information that is irrelevant to their case, which makes it an unreasonable search and seizure.

They’re right. By allowing the government to obtain the IP addresses of individual visitors to the site, they could determine the identities of the users themselves, or at least the people to who the IPs are registered. Theoretically, this could help the government determine who was behind violent illegal acts on Inauguration Day, but it might not. What it would do is remove anonymity from internet users who visited a site as an expression of their political leanings.

If the government could do this, it could have a chilling effect on how people express themselves online, and even what material they read. We’ve already seen what can happen when government officials have knowledge of people’s political affiliation. Under the Obama administration, there was evidence that the IRS targeted conservative-leaning groups seeking tax-exempt status, allegedly making them jump through all sorts of hoops for no good reason. If the Justice Department has this sort of information about individual citizens, I shudder to think what could happen.

As DreamHost mentions in their response, more than 200 people have already been charged with crimes for alleged violent activity on Inauguration Day. Why start poking into the lives of more than a million people, most of whom had nothing to do with the violence? If the government has leads on specific people, and getting information on them from DreamHost could aid in arrests, then tailor the warrant to go after those people. The current warrant amounts to a fishing expedition that could do far more harm than good.

Ronn Blitzer is the Senior Editor of LawNewz.com and a former prosecutor in New York City. Follow him on Twitter: @RonnBlitzer

MotiontoShowCause – DisruptJ20 by LawNewz on Scribd

DreamHost Response by LawNewz on Scribd