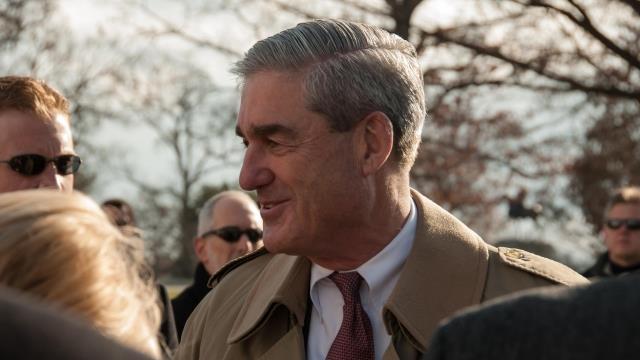 The federal government could be headed for a shutdown if they can’t agree on a budget by Friday at midnight. If that happens, thousands of government employees will be sent home without pay, some offices will closed while others will work with light staffs, and national parks and monuments will close as well. The idea is that non-essential government operations are put on hold. One thing that will continue is Special Counsel Robert Mueller‘s Russia investigation. The DOJ confirmed this, telling CNN that those working for Mueller’s office “would continue their operations in the case of a lapse in appropriations.”

This is not necessarily a sign that the Russia probe is considered “essential,” but it is the result of something far more troubling. Mueller’s office, which is not funded by the same appropriations that would be put on hold by a shutdown, has a “permanent, indefinite appropriation,” according to a Justice Department publication from last year. That same publication showed that just from May 17 through Sept. 30, 2017, Mueller’s office spent $3,213,695. This doesn’t count DOJ expenses that went towards the investigation, which amounted to $3,546,000.

So basically, if there’s a shutdown, thousands of government employees will be temporarily out of work, but Mueller’s office will keep getting paid for an investigation that already cost taxpayers nearly $7 million over the course of about four and a half months.

Sure, Mueller’s supporters would likely concur that the continuance of his investigation is symbolic of the independence his office enjoys. If Republicans could put the investigation on hold just by refusing to agree to a budget, that would be problematic.

At the same time, this also supports one of the main arguments of Mueller’s critics: he has too much power and the investigation is out of control. Paul Manafort already sued Mueller and the DOJ, claiming that the Special Counsel’s office’s reach extended beyond the law. While the evidence against Manafort is pretty strong, his lawsuit does have some decent points about Mueller’s seemingly limitless jurisdiction. When the government shut down in 2013, an estimated 400,000 people had to stay at home without pay (they received back payment after they returned). Those people might start to agree with Manafort if they’re furloughed again, only for Mueller and Company to keep getting paid for work that’s already been called into question.

Before you say that Mueller’s office should be able to keep going because it’s involved in law enforcement, just like the DOJ’s criminal division, which also stays open during a shutdown, it’s a little different. Federal prosecutors get new cases on a steady basis that involve time-sensitive responsibilities. They also handle cases involving matters like terror plots and drug rings, that are a little more pressing than whether or not the Trump campaign’s ties to Russia were just shady as hell or violated a campaign finance law that most people have never heard of. Don’t get me wrong, I want Mueller to get to the bottom of the Russia story one way or the other, I just don’t think it’s necessary to give him a blank check while the rest of the government takes a hit.

Think about it: after so many months and millions of dollars, we’ve gotten a couple cases of false statements, and the Manafort/Gates indictment that has nothing to do with the campaign. Is this really worth “permanent, indefinite appropriation?” With the pace at which this investigation has been moving, putting it on hold for a bit probably wouldn’t be the end of the world. Besides, if the operation of the special counsel’s office was at risk with a shutdown, Democrats would probably be a lot quicker to agree on a budget just to keep it moving.