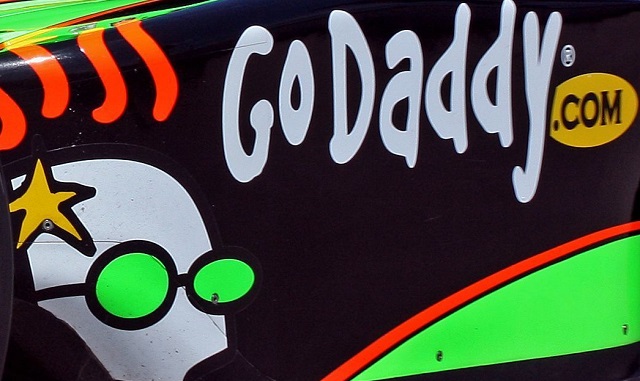 Internet hosting company GoDaddy tweeted on Sunday that neo-Nazi publication Daily Stormer is no longer welcome to host their website on their server. The company said that the Daily Stormer, which promoted Saturday’s “Unite the Right” white nationalist rally in Charlottesville, Virginia, had 24 hours to switch to a new host because they violated GoDaddy’s terms of service.

We informed The Daily Stormer that they have 24 hours to move the domain to another provider, as they have violated our terms of service.

That’s all well and good, but why is GoDaddy just deciding this now? I’m all for kicking out neo-Nazis, but this comes off as a bigger PR stunt than GoDaddy’s steamy Danica Patrick Super Bowl commercials. GoDaddy’s tweet about booting Daily Stormer came after another Twitter user complained to them about a post on the site mocking Heather Heyer, the 32-year-old woman who was killed at the Charlottesville rally. I’m not even going to get into what the post says, but as vile as it is, it’s no worse than the usual garbage that Daily Stormer vomits out on a daily basis. They have a section called “Race War,” where they disgustingly refer to black people as monkeys and baboons, and another section simply titled “Jewish Problem,” which churns out garbage about Jews and Israel. Hell, their name comes from Der Stürmer, the Nazi Party publication that ran from the 1920s until the end of World War II.

The Daily Stormer has been around since at least 2013. This is what they do. It’s absurd to think that GoDaddy wasn’t aware of this. The fact that they didn’t have a problem with the site’s content until Saturday’s rally shows send the message that they don’t care at all about the content, they just don’t want to be viewed as responsible for what happens as a result. They were more than happy to take Nazi money until they were called out on it.