Compromise: Let’s Replace All Confederate Statues With Sonic The Hedgehog 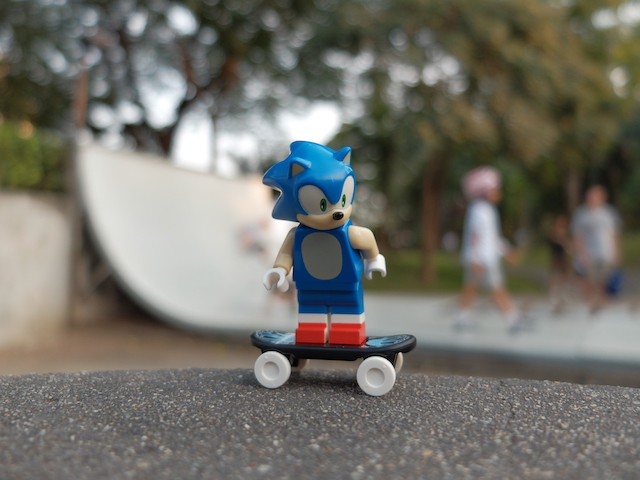 Face it. Most Confederate statues are not long for this world.

They’ve been toppled and defaced in Durham; thrown out with the rest of the trash in New Orleans; removed unceremoniously in shame under the cover of night in Austin and Baltimore; and covered up with plywood in Birmingham. Others are slated to go.

Clarified to the finest point of detail after the harrowing events in Charlottesville, Virginia, it’s become clear that monuments to white supremacy are inherently objects of oppression, division, hatred and violence.

Yes, of course, oppression, division, hatred and violence are part of American history. But they’re also part of the American present–indeed they never left–and Confederate statues are not simply flash points in the ever-bubbling up struggle surrounding “race relations” or what W.E.B. DuBois termed “the problem of the twentieth century.”

Confederate statues are direct harbingers of general political disunity and racial disharmony in particular–they directly stoke hatred and violence in their white admirers and cast shadows of dismay, anger and sadness on everyone else.

The second day of the alt-right rallies in Charlottesville were focused around protesting the removal of a statue honoring Robert E. Lee–the losing general and slaveowner romanticized by emotionally unfulfilled stalwarts of the Lost Cause. The violence on that second day claimed the life of a young socialist named Heather Heyer and resulted in 19 other injuries, some severe.

That violence was not the result of clashes. It was planned and directed by Lee’s ghost and its zombie-like adherents across the country. More political violence is all but preordained–because of theses statues and their concomitant legacy.

Just look to the still-felt impacts of red-lining, the victims of the racist War on Drugs, the mass incarceration of black men or police departments treating African American communities like occupied territory for starters. The color line is still with us.

And it’s not just the (relatively small in number) Nazis and other loud and open white supremacists keeping it intact. But the extant statues are proof-positive that the other problems mentioned above are still off-limits for serious reconsideration.

President Trump infamously tweeted his disapproval of removing Lost Cause monuments. And, apparently, most of the American public agrees with him–in large numbers. That’s fine. They’re all wrong–and on the wrong side of history.

Most of the American public opposed Martin Luther King‘s March on Washington at the time it occurred. Now, of course, those same people look back wistfully on that watershed moment in American history–or at least they say they do.

Most of the American public opposed the Freedom Riders‘ efforts, too. Those same voices of sanity would now be quick to praise Gene Hackman‘s chops in Mississippi Burning and laud the bravery of young people they never once themselves had.

In fact, Americans at the time strongly disapproved of any sort of mass demonstrations for Civil Rights–including the sit-ins.

Funny how a few decades worth of having iconoclastic images washed through the media and popular culture tends to make all the taciturn nay-sayers, spineless but well-meaning liberals and wide-eyed revanchists into stout-hearted supporters of progress proudly dripping with nostalgia for PBS-approved radicalism.

But this digression has gone on long enough. The statues have got to go–they will and are–but they also have to be replaced.

One idea that’s been floated has been to replace all the Confederate statues with graven images of Hillary Clinton, but this doesn’t jibe because the point is to de-glorify slaveowners. Hillary and Bill Clinton used slave labor while occupying the Arkansas governor’s mansion in the 1980s. So, that’s out.

The Clintons are old news anyway. How about statues featuring some of the latest hot-ticket pols out of the neoliberal talent ? Senator Kamala Harris is only the second female African American senator so the symbolism here would be nice enough. But it turns out Harris once supported the “important labor pool” provided by inmate labor. Whoops.

Another idea has been to emulate what Paraguay did to at least one statue of their former dictator–who, of course, was fully supported by the United States until his bloody ouster. Here’s how Paraguayans chose to remember their heritage:

Paraguay’s solution for a statue of their former dictator: keep it, just chop it up https://t.co/dZ18t9EMYI pic.twitter.com/Qqoo2e0cFL

Chopped statue sandwiches look really cool. But, still, we’re leaving the hateful losers on the lawn and Americans are probably not going to be able to digest that level of nuance. Still, it might be worth consideration in some of the more progressive cities still blighted by Lost Cause copper and bronze.

But here’s an idea with a popular message and potentially broad-base of support: melt down all those sanctified Confederates–and other slave-holders like Washington and Jefferson–and re-cast them into adored pop cultural icon Sonic the Hedgehog.

For the uninitiated, Sonic is a blue, cartoon hedgehog who runs really fast. He’s perpetually 15-years-old and sarcastic. His raison d’être is the manumission of all slaves. Sonic fulfills his destiny via forcible emancipation and the destruction of slaver property. In Sonic’s world, the slaves are other animals. He occasionally recruits from amongst the ranks of the freed to join his cause. In the context of American history, Sonic is arguably Sega’s version of John Brown or perhaps General William Tecumseh Sherman. Sonic the Hedgehog’s views on equality, however, are far more progressive than Sherman’s ever were.

In a broader historical and geographical context, Sonic is perhaps best understood as an animated version of Toussaint L’Ouverture or Jean-Jacques Dessalines–the first and second leaders of the Haitian Revolution, respectively.

Above all, Sonic is extremely popular among Millennials, Generation X and whatever cohort-namers decide to call the Digital Natives–these are the generations who will be inheriting this country and those most open to Confederate statue removal. Sonic, a frequent subject of memetics, is also popular among those in danger of alt-right radicalization–his likeness could seriously serve as a powerful wedge issue and peel away support from the radical right and white nationalists.

Following periods of upheaval one of the more popular ways for helping society to heal is the concept known as a Truth and Reconciliation Commission. Pioneered by Latin American countries shaking off the blood-caked hangovers forced onto them by their U.S.-supported dictators (like Paraguay’s Alfredo Stroessner) the concept is a product of 20th century attempts to resolve conflict via law. Wikipedia offers a useful definition:

“A truth commission (1) is focused on the past, rather than ongoing, events; (2) investigates a pattern of events that took place over a period of time; (3) engages directly and broadly with the affected population, gathering information on their experiences; (4) is a temporary body, with the aim of concluding with a final report; and (5) is officially authorized or empowered by the state under review.”

So, yes, the past is important. America’s past should be focused on and then shunted away into museums or melted down into cartoon characters. Because, at this point, it’s beyond ridiculous we’ve still got to have the argument about who we glorify.