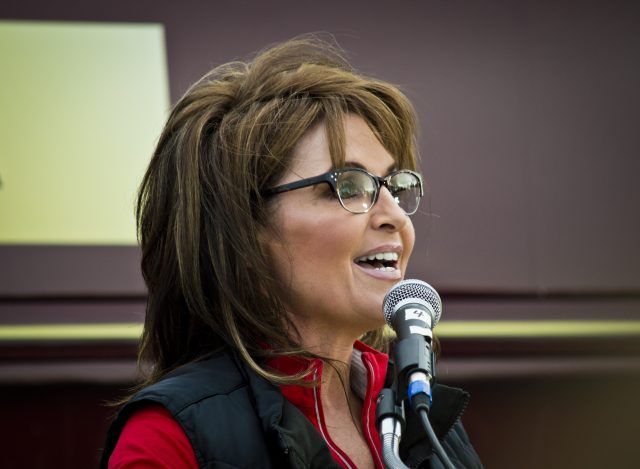 Early odds-makers in the legal journalistic community placed long odds on Sarah Palin’s recent lawsuit against the New York Times for defamation. While Palin is assuredly the underdog against a media behemoth like the statuesque Grey Lady of news backed by billionaire owners, especially as a conservative Alaskan suing in the Grey Lady’s personal backyard in the notoriously left-leaning federal courts of New York City where no judge or jury has ruled against them “since the 60’s” according to their own correspondents, the legal odds are not so neatly or nearly stacked against Palin.A common misapprehension reported in the press claims “opinion” statements are “immune” from suit, with even prominent law professors and lawyers so attesting. That reflects pre-1990’s law. The Supreme Court in 1990 made clear that opinion, too, can be libel. As the Supreme Court held, there is no wholesale exemption of libel law for “opinion.”

Traditional libel law constructs — a provably false statement — often rely upon an inference of a factual assertion, but an opinion is just as capable of a factual assertion as a non-opinion statement. In Milkovich v. Lorain Journal Co., the statement was a classic opinion statement: calling someone else a liar about a certain set of events. Yet, the Supreme Court held that statement of opinion of another could constitute libel under the law, because it was a provable claim — either a person lied, or they didn’t. Courts are asked to determine if that is true literally every day.

Thus, the key in a defamation claim is not whether a person made a statement of “opinion” or a statement of “fact”; it is whether a person made a statement that a jury or judge could say it was “provable false.” Political and moral judgments — like “taxes are bad” or “government is good” — are the kind of statements that cannot be “provable false.” It is those kind of opinions beyond the scope of libel law. Speculating on someone’s motives — like saying CNN is “desperate” to prove they are not “fake news” — is the kind of opinion not subject to being “provable false.” By contrast, saying someone’s actions “directly” and “clearly” “incited” another person to commit murder is much closer to libel.

Two key statements of the New York Times form the cornerstone of Palin’s suit against them: first, the Times claim that Palin’s actions had a “clear” and “direct” “incitement” of Loughner’s shooting of public officials in Arizona; and second, that Palin’s actions consisted of her political action committee circulating an image “that put Ms. Giffords…under stylized cross hairs.” The first statement will be the harder, but not impossible, one for Palin to prove as libel. The second statement should, legally, reach a jury verdict. The problem for the New York Times is it was widely known Palin had no connection to the Loughner shooting, by articles the Times itself had run in the past. Worse, there never was any “stylized cross hairs over Giffords”; there was only cross hairs over a bunch of congressional districts “targeted” for winning.

Additionally, there will be a reputation risk for the Times in how they defend themselves, limiting otherwise legal defenses like — “no one can know what’s true”; “our ethics guidelines are legally unenforceable”; “everybody knows our editorial page makes stuff up because they can as opinionated hacks, so this cannot be considered a credible statement of fact,” etc.  The “too dumb to be a reporter” or “too partisan to be seen as true” or “too ridiculous to be believed” are the kind of legal defenses no media publication wants to make in court, or anywhere. Those kind of defenses work for comedians, not journalists.

The New York Times will, most assuredly, have an exceptional advocate in its corner, likely Floyd Abrams, or someone of comparable caliber. Their defense will likely focus on the editorial nature of the column, the subsequent correction of the two most offending parts of the editorial identified in the suit and above, and an argument to rhetoric and speculation as “unprovable” facts. The law though sits more on Palin’s side than the New York Times at this juncture, and the Grey Lady’s libel lawsuit winning streak may be soon coming to its end.

Hiding behind the Editorial Page opinion as its excuse for this kind of factual insinuation is precisely the kind of innuendo the Supreme Court said was unprotected under the First Amendment from libel law remedies. This is especially true when such opinion articles often reach the public as inseparable from news articles in today’s social media world. After all, the famous Milkovich opinion found actionable and unprotected by the First Amendment also concerned an opinion statement in an opinion editorial column as well.

Both Shakespeare and the Supreme Court identified the reason for libel laws: a “good name…is the immediate jewel of their souls” and “he that flinches from my good name robs me…and makes me poor indeed.” A jury may find the Grey Lady stole a jewel that did not belong to her, and it may be the Grey Lady’s lost jewel of a journalistic reputation that is left forever “poor indeed.”