Bronx D.A.’s Office Accused of Rampant Sex and Booze Parties – But Are the Allegations True? 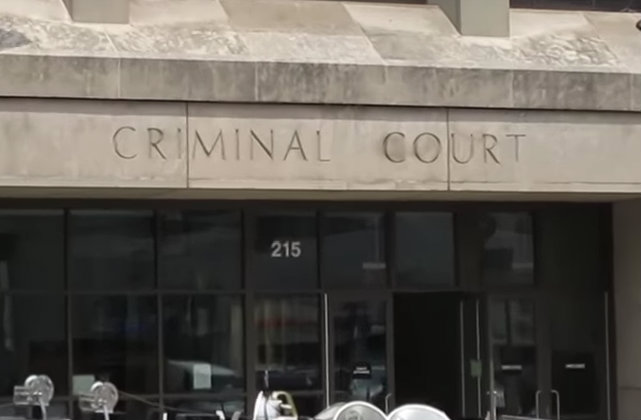 In a lawsuit filed last week against the city, Crystal Rivera, a former crime analyst in the Bronx District Attorneys’ office, alleges there is a culture in the office of on-duty sex, swinging margarita parties, and boozed-up assistant district attorneys stumbling into court drunk. “It’s been going on for many years,” Rivera claims. There are “narcotics parties” where prosecutors “are having sex with each other and they’re married.”

It’s hard to think of another case in which charges of this kind have been made against a District Attorney’s office. Are the charges true? Close observers of the office of Bronx District Attorney Darcel Clark have assailed Rivera’s allegations as “unequivocal bullshit” and “wild allegations from a disgruntled employee.” “This is so far out of left field,” one experienced Bronx attorney said. “I give it no credence whatsoever.”

The backdrop for Rivera’s shocking allegations is quite interesting, and her motives have been questioned. Before these allegations, disciplinary charges had been brought against her by the Bronx D.A. and she had been placed on administrative leave for compromising an investigation into the conduct of her boyfriend, Bronx police detective David Terrell. Terrell has been sued multiple times for false arrests and police brutality. The current investigation of Terrell, which Rivera has been accused of compromising, involves his conduct in the high profile case of Pedro Hernandez, a Bronx teenager who was arrested on gun possession and assault charges and spent more than a year on Rikers Island. After an investigation, the D.A. dismissed the charges against Hernandez and opened a new investigation of Terrell for false arrest and police brutality. A separate lawsuit by Hernandez against Terrell and the NYPD is pending; so is a discrimination lawsuit by Terrell against the NYPD. Rivera, Terrell’s girlfriend, claims that Clark’s investigation of her boyfriend is baseless and that Clark wants to “publicly vilify” Terrell.

There is another interesting backstory to Rivera’s lawsuit involving a series of confrontations between Clark and the police, including criminal charges she brought against police officers . In one high-profile case, Clark brought murder charges against Sergeant Hugh Barry for shooting to death a 66-year-old schizophrenic black woman, Deborah Danner, in her Bronx apartment. Barry was acquitted two weeks ago in a trial before a judge without a jury. After the acquittal the president of the Sergeants Benevolent Association, Ed Mullins, slammed Clark as an “embarrassment,” claimed her office is “unethical and incompetent,” and lamented that the residents of the Bronx “are being shortchanged and deserve better.”

Also recently, Clark was vilified by the police for her indictment of police captain Naoki Yaguchi, a 13-year veteran, for official misconduct and obstructing governmental administration for delaying a breathalyzer test for a Bronx detective involved in a car crash. The president of the NYPD Captains Endowment Association, Roy Richter, said Clark was “running the D.A.’s office like it was the ‘Hunger Games.’”

The attacks on Clark by the police are not that surprising. They recall earlier attacks by police against Clark’s predecessor, Bronx District Attorney Robert Johnson. In one widely reported case, Johnson refused to file murder charges in the death of police officer Vincent Guidice who bled to death from shards of a smashed mirror after a violent struggle with the defendant. The police accused Johnson of “outrageous conduct” in filing lesser charges of reckless manslaughter and criminally negligent homicide. And only weeks before that case, Johnson was removed by New York governor George Pataki from the prosecution of three suspects charged in the killing of police officer Kevin Gillespie after Johnson, an opponent of the death penalty, was assailed by the police for refusing to say whether he would seek capital punishment in the case, which New York then allowed.

But none of those attacks involved the kind of extraordinary allegations against assistant D.A.s that Rivera has made. Indeed, the acrimonious relationship between a District Attorney and the police is extremely unusual. Prosecutors and police typically enjoy a special and mutually reinforcing relationship. Prosecutors and police typically work in tandem to solve crimes and protect the public.

The police look to prosecutors for legal advice, courtroom preparation, and support when police are attacked by defense lawyers. For their part, prosecutors look to the police for their experience, investigative resources, crime scene expertise, and testimony. Of course there are conflicts, and occasionally there are situations when prosecutors challenge the story given by the police as untrue or misleading. Police also feel that prosecutors unreasonably reject cases by requiring an unduly high standard of proof.

But prosecutors usually protect police and absolve police from criminal charges. Consider the recent high profile cases involving police killings of civilians, notably the Eric Garner case in Staten Island, NY, and the Michael Brown killing in Ferguson, Missouri, in which District Attorneys appeared to go out of their way to protect police officers from prosecution for murder. Or the manner in which Brooklyn District Attorney Charles Hynes and his assistants looked the other way in the face of obvious and repeated fabrications by homicide detective Louis Scarcella in describing how he had gotten so many suspects to confess.

And there are cases in which District Attorneys engage in blatant misconduct to protect the police. In one notorious case involving a police killing of an unarmed civilian in Rensselaer County, New York, before the state attorney general could take over the case under the governor’s executive order, District Attorney Joel Abelove called the officer into a grand jury, gave him immunity, and directed the grand jury to vote not to indict him. Abelove has since been indicted for this misconduct.

And those who have followed the criminal justice scandal in Orange County, California, learned about the unholy alliance between the District Attorney and members of the sheriff’s office involving widespread violations of defendants’ constitutional rights. Numerous cases have been dismissed and a federal civil rights investigation is underway.

Bronx County has always been a difficult place for law enforcement. Distrust and conflicts between the police and the community are endemic. Bronx juries are reputed to give more deference to defendants and to scrutinize police testimony more closely than juries in other counties. The burden on prosecutors to get convictions is seen as much heavier in the Bronx than in other jurisdictions. And the Bronx criminal justice system has been pilloried over the years for delays, mismanagement, and misconduct.

D.A. Clark has detractors, but she also has many supporters. She has made efforts to enhance the quality and integrity of her staff. She has hired many talented and dedicated young men and women. She has assigned a special assistant district attorney to provide her assistants with guidance and advice on ethics issues. She has restructured her office to improve case management and efficiency.

She has made aggressive efforts to streamline court procedures and reduce case delays. And she has generally tried to earn the community’s trust and support.

In the end, whatever happens with her lawsuit, Rivera’s allegations, along with the screaming headlines in the media, will damage the Bronx D.A.’s reputation. And that’s not a good thing for Bronx law enforcement in general.

[Screengrab of Clark via Bronx Talk]