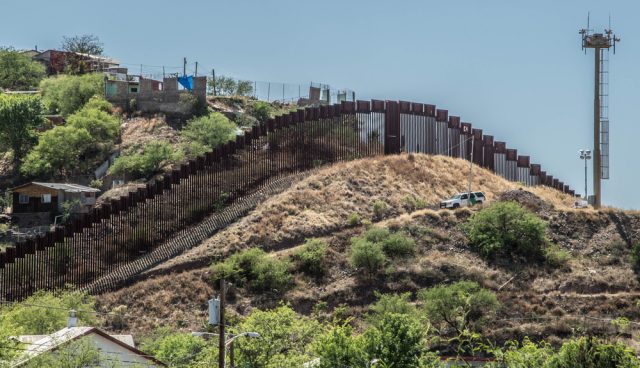 There are times when federal lawsuits involving criminal procedure raise tough, complex decisions about how our ever-advancing technologies create the need for nuanced legal responses. This is not one of those times. This one is easy. Law enforcement should (and likely does) know better. The ACLU filed a federal lawsuit yesterday for the purpose of clarifying that mobile phones are different from suitcases. This is apparently where we are now.

The lawsuit is the result of Customs and Border Patrol (CBP) and Immigration and Customs Enforcement (ICE) having stretched the Fourth Amendment a little farther than it should be so far that it may have completely lost its shape. Under federal law, CPB and ICE do have legal authority to search (without a warrant) the luggage of travelers at the border, even when those travelers are not suspected of any wrongdoing. But I think we all know that there’s a big difference between putting your handbag through the X-ray machine and handing over your cell phone while an ICE agent makes a copy of all your pictures. As the ACLU put it: “The border should not serve as a dragnet for law enforcement to pry into our personal and professional lives.”

At the heart of yesterday’s lawsuit is the goal of getting CPB and ICE practices in line with what is already federal law. In 2014, the Supreme Court held in Riley v. California that, “the police generally may not, without a warrant, search digital information on a cell phone seized from an individual who has been arrested.” Take a minute to let that sink in. Cops aren’t even allowed to seize cell data during an arrest unless they have a warrant to do so. The idea that border agents could legally seize cell data without a warrant during a border crossing when there isn’t even an arrest nearby is ludicrous.

It’s not just the legal interpretations here that matter. The personal liberties at stake in this lawsuit are pretty compelling, too. Some of plaintiffs involved in the case had sensitive medical information and privileged attorney-client communications on their devices. Two are journalists whose phones contained confidential source information. One is a NASA engineer with top-secret jet propulsion data. Two are women who wear headscarves in public for religious reasons, and whose phones had photos of themselves without the headscarves, in contravention of their religious beliefs. Not-so-shockingly, those travelers who Muslim, Arab, Middle Eastern, or South Asian seem to be disproportionately affected by these intrusive practices at the border; more disturbing still is that according to the plaintiffs, CBP and ICE agents who had been challenged on their right to conduct the warrantless searches responded with serious physical force.

The ACLU said about the facts that underlie this lawsuit:

“This kind of arbitrary intrusion into people’s lives isn’t just outrageous, unnecessary, illogical, and wasteful. It’s also unconstitutional, in violation of both the First and Fourth Amendments.”

Back in 2014, SCOTUS got it right when it said that modern cell phones “are now such a pervasive and insistent part of daily life that the proverbial visitor from Mars might conclude they were an important feature of human anatomy.” Phones-as-body-parts aside, the Court was clear then:

“Cell phones… place vast quantities of personal information literally in the hands of individuals. A search of the information on a cell phone bears little resemblance to the type of brief physical search [that would not require a warrant]. We therefore decline to extend [the rule of warrantless searches] to searches of data on cell phones, and hold instead that officers must generally secure a warrant before conducting such a search.”

Whatever rules could and should be applied to cell phones, one thing is clear: the rules currently employed at the border – adopted in 2009 – are as outdated as an iPhone 3G. Time for an upgrade, guys.