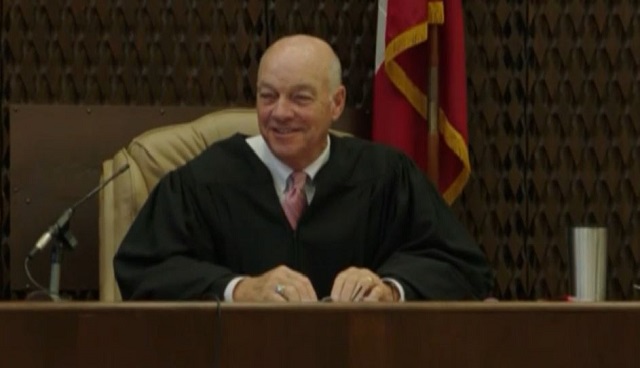 A bizarre incident took place during the murder trial of Quinton Tellis, charged with burning and killing teenager Jessica Chambers in 2014. It involves a white judge, a potentially racially charged gift to a reporter, and now our producer being expelled from the county after inquiring about the unusual gift.

The trial is taking place in the deep south, Batesville, Mississippi to be exact, and involves allegations that Tellis, a black man, killed a young, white woman. Race has remained an undertone in the case even though not explicitly part of the trial. LawNewz has been covering the trial gavel to gavel on our live trial network and the case is now in deliberations and legal experts are divided on the strength of the prosecution’s case.  Judge Gerald Chatham, a former prosecutor, appears to have befriended a white female reporter who was covering the case. That happens in long trials. What happened in this one, however, is far from ordinary.

At some point on Sunday, as the trial moved towards its conclusion with closing arguments (the jury is sequestered so proceedings continued through the weekend),  Judge Chatham gave the reporter a curious gift: a stalk of cotton (pictured below). It’s unclear what the judge meant by giving a white member of the media a gift like this, but the racial connotation of cotton—intentional or not—is hard to ignore. 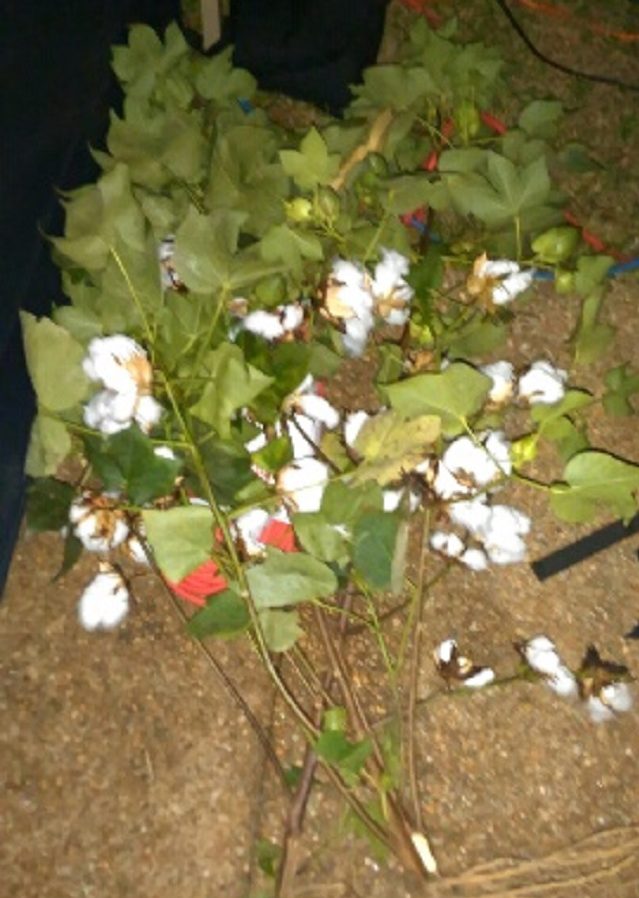 LawNewz first learned about the item when our freelance producer at the courthouse, Melissa Jones, saw the cotton stalk in the media tent. On Sunday night, she posted the image online with the comment, “the judge dug up a cotton plant and brought it to some girl in the media.”

Things quickly got even stranger on Monday when Jones was actually expelled from the courthouse—and the county—after posting the cotton stalk picture in our website’s chatroom. While she was in her car this morning, Major Barry Thompson from Panola Country Sheriff’s Department approached Jones and knocked on her window. When she opened the door, Jones reported he said, “Ms. Jones step out of the car … we were told you made a racial slur on social media last night is that true?”

The official then asked if Jones took a picture, and apparently wasn’t interested in what Jones had to say after that point.

“Before I could answer, he said ‘You have five minutes to get your stuff together and leave Panola County and never come back here again’,” Jones reported that the major said. So to be clear, it appears our producer has been instructed to stay out of the courthouse and county because she posted something potentially embarrassing to the judge. Now the judge may have a perfectly innocent explanation for the cotton stalk gift but it seems even the Sheriff’s official recognized the potential racial implication, and his improper action certainly leads to more questions.

We have reached out to  the Judge’s chambers for comment or an explanation and were told by a county representative, “Judge Chatham is not available to speak with the media at this time. He also did not remove anyone from the Panola County Courthouse nor did he give anyone a cotton stalk. The Judge has remained in his chambers when the court has been in recess during this current trial.”

Major Thompson, who also happened to be involved in the investigation for the murder trial then told LawNewz.com that he was the one who gave the cotton to the reporter, and that he was the one who ejected Jones. Thompson said that he banned Jones from county property, not the entire county as a whole, but did not provide any offense that Jones committed to support such an order. He accused Jones of “inappropriate conduct” for “making a racial issue out of something that has nothing to do with race,” even though her comment made no mention of race.

When pressed about how his treatment of Jones may have violated her First Amendment right to free speech, Thompson could not provide an explanation for why his actions were appropriate. Our reporting, from multiple sources at the courthouse, supports that the judge was behind the gift to the female reporter.

For now,  Jones is at her home and no longer in Panola County.

Note: This article has been updated with statements from a county representative and Major Thompson.