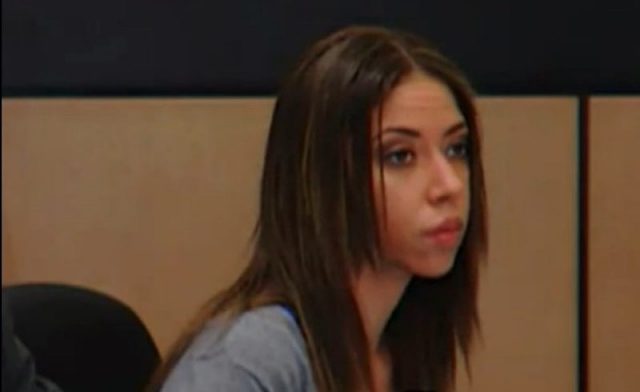 A hearing took place in a Palm Beach County, Florida courtroom on Wednesday in the murder-for-hire case against Dalia Dippolito. Dippolito has already faced two trials, with a conviction in the first being overturned and the second trial ending in a hung jury. Her defense team argued at the hearing that the State violated a gag order that prohibits them from discussing the case while Dippolito awaits her third trial.

The defense’s argument centered around a video on the Boynton Beach Police’s YouTube channel that shows Dippolito’s arrest, but includes a description of the case. Dippolito’s attorney, Greg Rosenfeld, said that this violated the gag order, and therefore the prosecution should be held in contempt of court. Additionally, the defense argued that prosecutors violated the order because a news story about the case had information about a potential witness that supposedly only prosecutors and the witness’ counsel knew.

Judge Glenn Kelley quickly ruled against the defense, with prosecutors not even bothering to put forth an argument. Judge Kelley stated, “The order is specifically construed to counsel,” and that when it comes to restricting speech, he has to construe the order strictly.